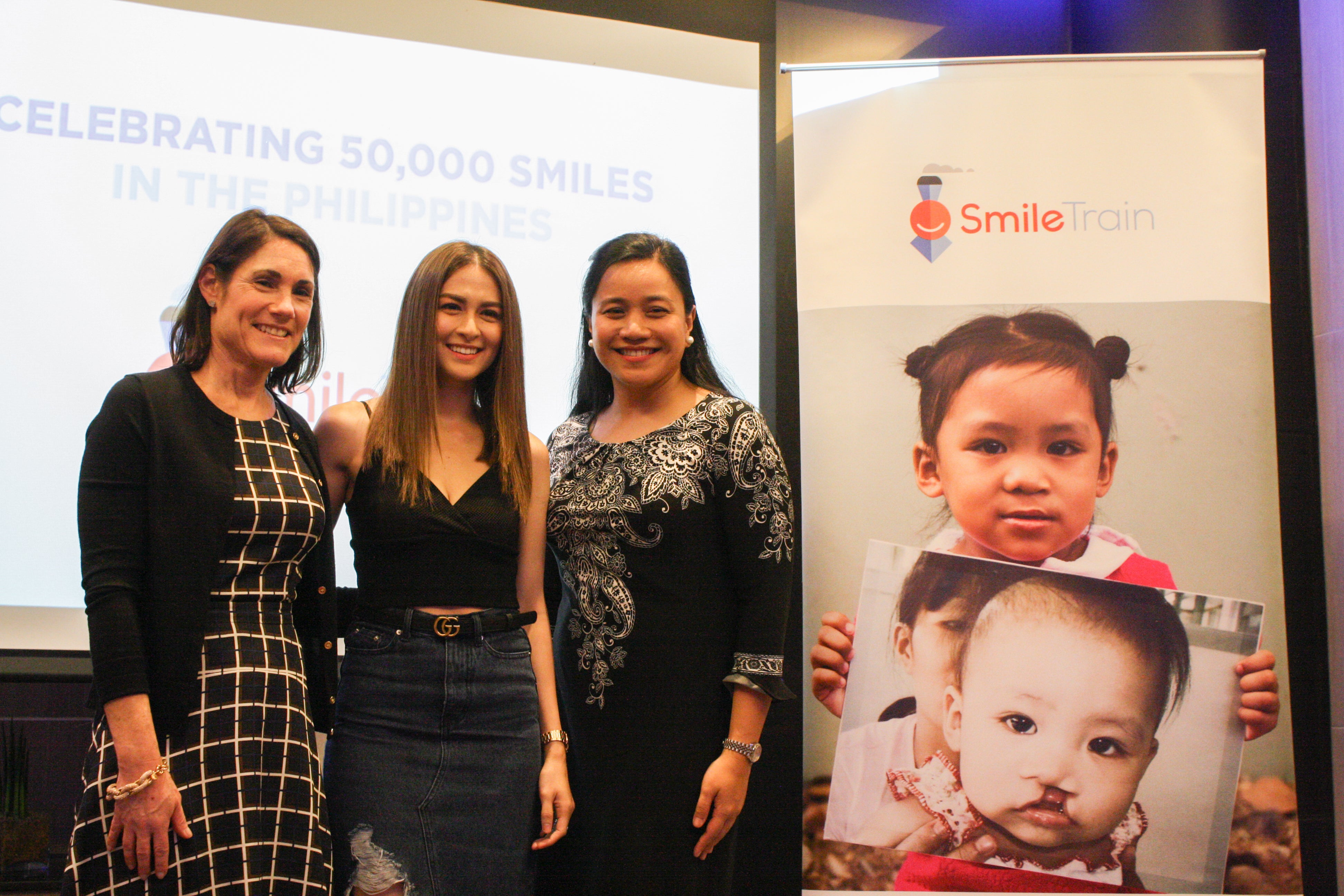 As Rojan recounts how he was constantly turned down for jobs during and after college, his eyes look worried. Raised in Bicol, he set his sights to studying in Manila and sought to become a working student. However, he would be the only one in his batch left unemployed.

Still, he worked hard to finish college and applied for jobs again, only to experience rejection after rejection mainly because of a speech impairment.

Rojan was born with a common birth defect — a cleft lip and palate. He had surgery when he was five during a medical mission, but the job was botched: it left a small hole in his palate, making it difficult for him to talk for most of his life.

What made it more frustrating was being clueless on how to fix his condition; he was the only one in his town who had it. At 22, he decided to head back to his hometown, which turned out to be a fateful decision. He would meet a doctor who explained that he could be operated on at no cost with a partner of international charity Smile Train.

Finally, his palate was closed properly, but the effects of a late intervention remain: at 32, he continues to undergo speech therapy. But it’s a small matter now that he has a job at a hospital and a wife and children.

Rojan’s case is one among Smile Train’s 50,000 life-changing surgeries in the Philippines since the local chapter opened in 2001, a “smilestone” celebrated last Jan. 31 at the Seda Bonifacio Global City.

Since 1999, Smile Train has been empowering communities around the world to provide comprehensive cleft care through training, funding and resources.

CEO Susannah Schaefer, who introduces herself as Suzy, remains bright-eyed and passionate about the foundation since she joined the board in 2003 (“I was young,” she says with a smile) and has been at the helm since 2013.

“It’s a problem that’s treatable and a relatively simple problem. There are obviously medical complications too but it’s really an economic problem,” she explains to INQUIRER.net.  “The surgeons are there, but there’s not the ability with government funding to take care of the cleft children.”

“It was back in 2001, you knew that there was a need here,” she says of opening a Philippine chapter. “We went and sought out putting somebody in place… to build a program for Smile Train.”

Since then, the NGO has coordinated with country director Kimmy Coseteng-Flaviano to fulfill its mission.

One of the hurdles is ensuring quality service to patients who are poor and cannot afford the $250 (nearly P13,000) surgery. During the event, Schaefer introduced the Virtual Surgery Simulator developed with tech partner BioDigital.

On the website smiletrain.biodigital.com, medical practitioners can access interactive animated graphics with written and oral instructions to guide them through the process of cleft lip and palate surgery.

“The use of technology like virtual reality puts us in the position of being able to continue to provide safe, quality, and timely cleft care to those in need,” she says.

And when the expertise and infrastructure are in place, “it can be solved so quickly,” Schaefer notes. In fact, partner organization Noordhooff Craniofacial Foundation Philippines, Inc. is able to do over 90 surgeries a day, according to executive director Mel Maranan.

About one in 500 children in the Philippines are born with a cleft lip and/or palate each year, so a challenge is to reach many if not all the children who cannot afford treatment.

One of the ways that Smile Train has reached a whopping 50,000 surgeries is through celebrity ambassadors, the first of whom was no other than Marian Rivera, who graced Wednesday’s event.

Rivera has loyally promoted the foundation for four years “at no cost,” emphasizes Coseteng-Flaviano.

Some of her social media posts — which reach 4.7 million Instagram followers and a Facebook page with 18 million likes — promote Smile Train, with some patients receiving medical treatment, thanks to her online referrals.

The night became even more meaningful when she donated P70,000, her percentage of earnings from Kultura, a local brand which promotes Philippine-made fashion and accessories.

“Congratulations Smile Train at sana marami pa tayong matulungan,” she addressed the gathering of partners and the media. (I hope we can help many more.)

“Ako, bilang sa maliit na pamamaraan po, gagawin ko din ang lahat para mas marami tayong matulungan,” Rivera added. (In my own small way, I will do all I can to help even more.)

‘We are still part of society’

When asked for an interview, 21-year-old Aleah’s concern is if she can speak in Tagalog. This writer told her of course, just as Rivera did. Later, she says she still needs to do more speech therapy, but the schedule clashes with school.

She is animated, whether it’s talking about her course, BS Psychology, or recalling the days she was bullied in high school. “First time ako magreport. Akala ko makikinig yung classmates ko. Tumatawa sila and then after ng report na iyon umiyak na lang ako.” (It was my first time reporting in front of the class. I thought my classmates would listen to me. They laughed at me and I cried after presenting.)

She was already out of high school when the Noordhooff Craniofacial Foundation Philippines, Inc. was able to help her. Like Rojan, she had both a cleft lip and palate, but only the cleft lip was operated on when she was in elementary school.

While she still has some speech impairment even after her palate was closed, she had a strong resolve after the surgery. “Noong college ako, sabi ko, hindi ako mahihiya.” (When I was in college, I said I would no longer be ashamed.)

Coseteng-Flaviano describes Aleah as “full of confidence,” being a patient-volunteer at NCFPI. “She’s amazing at organizing events and at entertaining donors,” Coseteng-Flaviano says, and even danced with Miss Universe contestants in January 2017.

Now, Aleah’s dilemma isn’t class presentations; it’s if she should take the psychometrician board or work first after graduating from BS Psychology this June. She says reviewing for the boards costs too much (she mentions it’s P13,000) for a state university student like herself.

But Aleah still notices instances of bullying, such as when she saw photos online of local celebrities James Reid, Enrique Gil and Daniel Padilla altered with cleft lips.

“Di kasi nila alam yung pinagdadaanan ng mga may cleft,” she says of such trolling. (They don’t know what people with cleft go through.)