Wine consumption to drop in Europe, rise across US and China — report | Inquirer Lifestyle ❮ ❯ 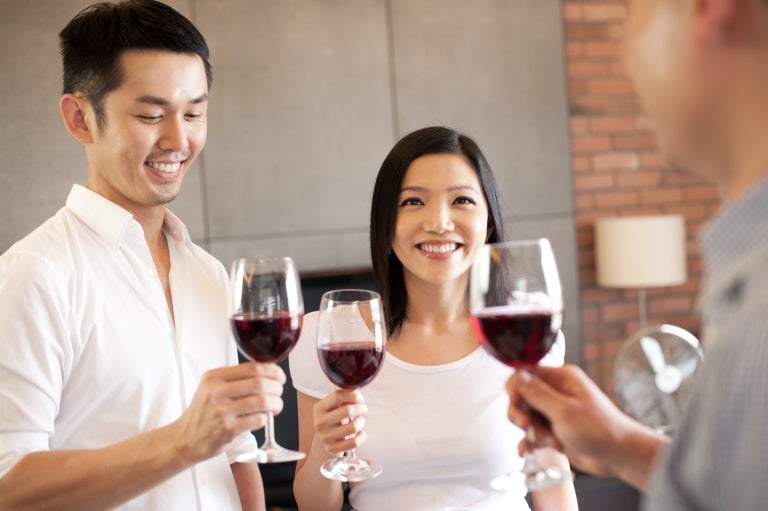 Over the next few years, the United States and China will help offset declining rates of wine consumption across Europe, traditionally the cradle of wine production, to take the lead as the biggest wine markets in the world.

According to new figures released by Vinexpo Hong Kong and the International Wine and Spirits Research, though the U.S. is already the world’s largest wine market, the country will widen its lead over the next five years and is predicted to see 25 percent more growth by 2021.

That amounts to wine sales in excess of $45 billion.

Consumption in Europe, meanwhile, is poised to continue its downward decline.

Over the same period, Prosecco — the more affordable, no less effervescent bubbly from Italy — is expected to become the most popular form of sparkling wine over Champagne and Cava, with consumption predicted to rise to 40 million cases.

And while Prosecco’s biggest market is currently the United Kingdom, the world’s biggest importer of sparkling wine, the landscape will shift, with the U.S. emerging the biggest import market for Prosecco by 2021.

Savvier, more sophisticated palates are predicted to snub the cheapest wines on the market (less than $5) — a category that’s predicted to decline by 75 million cases.

Scottish and American whiskies will enjoy growing popularity over the next five years. Again, the U.S. and China will account for much of the worldwide consumption rates of premium spirits, with growth between the two countries projected to rise by 30 million cases. JB