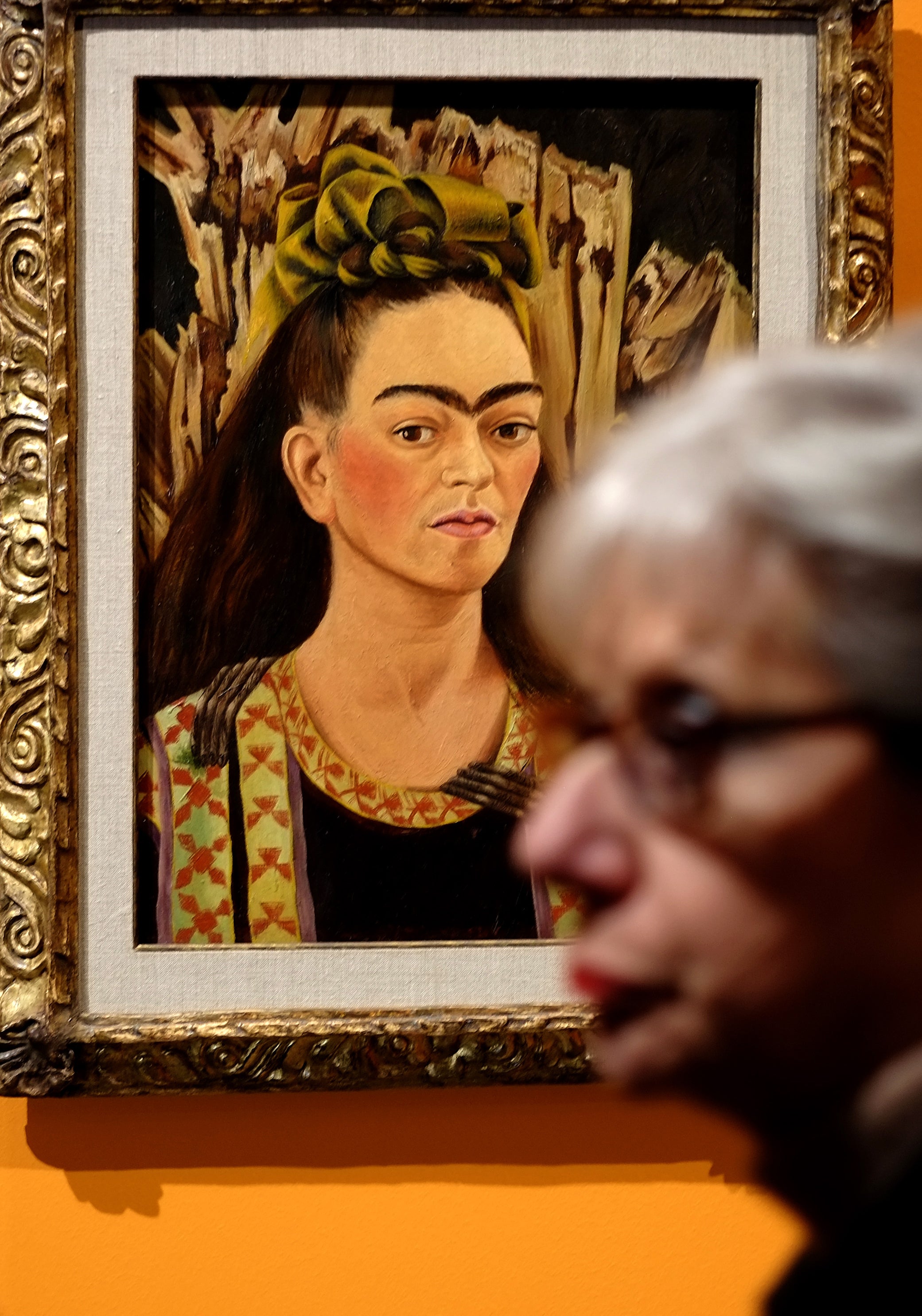 A visitor walks past 'Self-portrait with Monkeys' by Mexican artist Frida Kahlo during an exhibition in Rome's Scuderie del Quirinale on March 18, 2014. Image: AFP/Alberto Pizzoli

The new Frida Kahlo Barbie raised eyebrows, and indeed unibrows, from the moment it was announced.

Now the late Mexican artist’s family alleges the rights to her image have been stolen, and accuses toymaker Mattel of misrepresenting her appearance and ignoring what she stood for.

Mattel announced on Wednesday that Kahlo, a painter known for her searingly intimate portraits as well as her defiantly unplucked eyebrows, would be included in its newest collection of Barbie dolls.

It was perhaps an unlikely choice for the maker of the famously buxom blonde doll, given that Kahlo was known for upending gender norms and traditional ideas about how women should look and act.

But Kahlo’s family soon issued a statement objecting to the doll.

“Mrs Mara Romeo, great-niece of Frida Kahlo, is the sole owner of the rights of the image of the illustrious Mexican painter Frida Kahlo,” it said.

“The company Mattel does not have the proper authorization to use the image of Frida Kahlo,” it added, threatening to take “necessary measures” against the California-based toymaker.

However, an American company called the Frida Kahlo Corporation insisted it was the legitimate owner of the rights.

“Mattel has worked in close partnership with the Frida Kahlo Corporation, the owner of all rights related to the name and identity of Frida Kahlo, on the creation of this doll,” it said in a statement.

Romeo’s lawyer Pablo Sangri said the dispute arose after the family established the Frida Kahlo Corporation in 2005, in partnership with another company called Casablanca Distributors.

The latter has violated their now-expired contract by failing to inform Kahlo’s relatives about the uses of her “brand,” he told AFP.

And the contract never granted the Corporation rights to Kahlo’s image in the first place, only “certain uses of her name,” he said.

But the problem goes deeper than just a dispute over image rights, said Romeo, the granddaughter of Kahlo’s sister Cristina.

Kahlo was known for her assertive embrace of her Mexican identity and her unabashed, unmanicured femininity.

With her slender face and almond eyes — topped by just the slightest hint of hair between her brows — the Frida Kahlo Barbie looks only vaguely like the real-life Frida.

In recent years, Kahlo’s image has been stamped onto an explosion of consumer products: nail polish, bags, shoes, coffee mugs and much, much more.

Her instantly recognizable look — unibrow, thick black braids, flowery, hand-embroidered Mexican “tehuana” dresses— and the boldness with which she wore it have turned her into a pop icon.

But Romeo said the companies behind such products are making them without the family’s permission, and violating Kahlo’s legacy in the process.

“These products don’t mesh with what Frida was. They should contribute something to the world,” she said.

Kahlo (1907-1954), the wife of the Mexican muralist Diego Rivera, is today considered one of the great painters of the 20th century, particularly for her self-portraits, often brimming with pain and isolation. CC