Heed these tips on how to ensure a safe, uneventful flight with your pet | Lifestyle.INQ ❮ ❯ 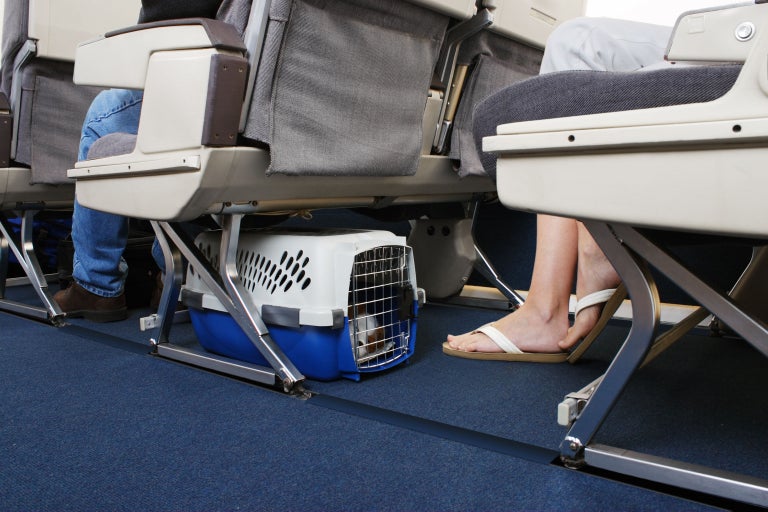 Heed these tips on how to ensure a safe, uneventful flight with your pet

News that a dog died after being placed in the overhead bin of a three-hour flight with United Airlines serves as a tragic reminder on how to safely fly with pets.

Calling the incident a tragic accident, the United States carrier has issued an apology to the family aboard the Monday night flight from Houston to New York, and said they assume full responsibility for the death of the French bulldog puppy.

The carrier in which the dog was traveling was placed in the overhead bin because the bag extended into the aisle, despite the family’s protests. The flight attendant claims she did not realize a dog was inside the bag.

United Airlines, for example, stipulates that pets traveling in the cabin must be carried in an approved hard-sided or soft-sided kennel that must be able to fit completely under the seat in front of the customer.

Meanwhile, here are a few tips from the DOT for pet owners on how to ensure the welfare of a shipped pet:

-Before traveling, accustom your pet to the kennel in which it will be shipped. Make sure that the door latches securely.

-Do not give your pet solid food in the six hours prior to the flight. A moderate amount of water and a walk before and after the flight are advised.

-Do not administer sedation to your pet without the approval of a veterinarian, and provide a test dose before the trip to gauge how the pet will react.

-Be sure to reserve a space for your pet in advance, and inquire about time and location for drop-off and pick-up.

-Try to schedule a non-stop flight; avoid connections; and the heavy traffic of a holiday or weekend flight.

-When you board, try to tell a pilot and a flight attendant that there is a pet in the cargo hold. The airlines have a system for providing such notification, but it doesn’t hurt to mention it yourself.

-For overseas travel (including Hawaii), inquire about any special health requirements such as quarantine.