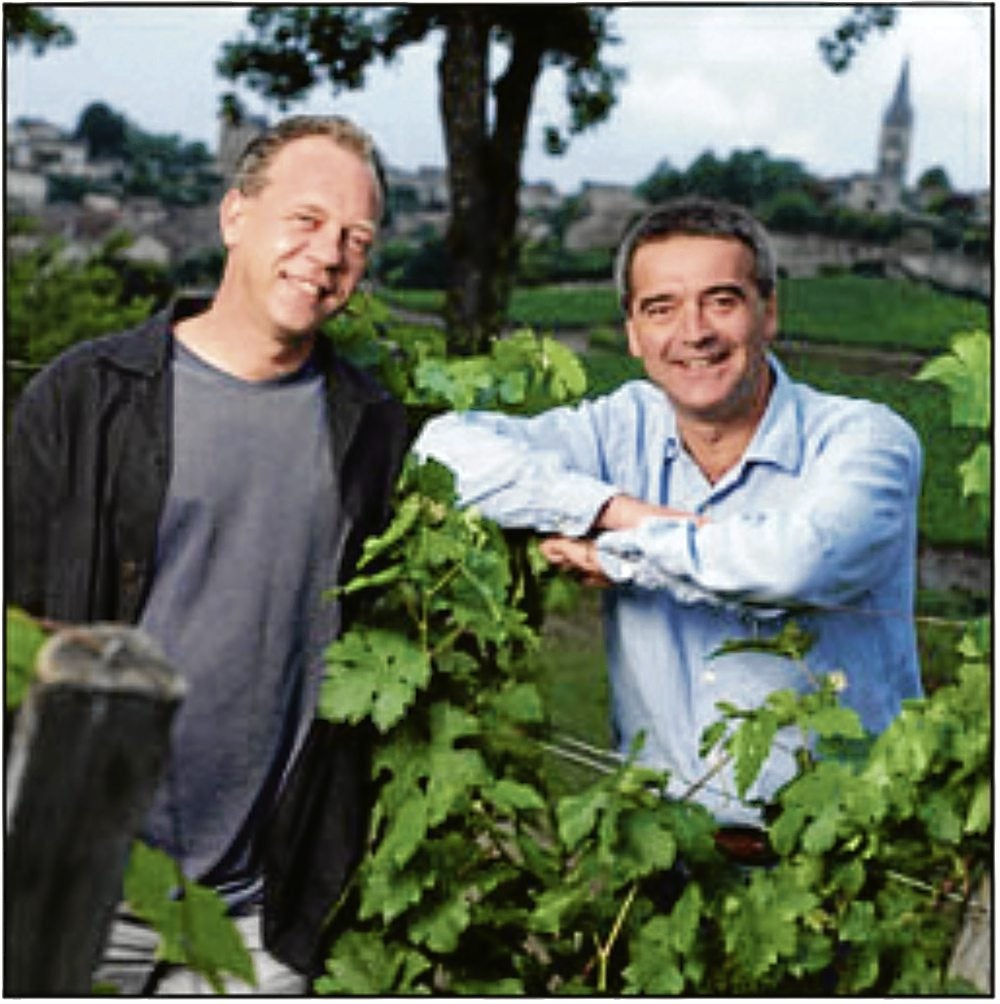 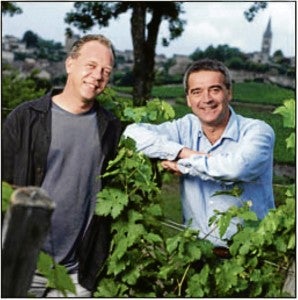 The wines with which to toast the New Year are lined up before me. Each has a story to tell, stories that have been waiting to be told here.

One of them is Terra Burdigala, the name taken from the old Roman name for the Bordeaux region of France. We had lunch months ago with Francois Thienpont at Purple Feet in Makati, inside Wine Depot that distributes the wines.

Thienpont is one of two men who founded Terra Burdigala;  he provides the business expertise. The absent partner is Stephan Derenoncourt, who works the grapes.

Here were two people who provide the know-how for many of the Bordeaux vineyards  not located in the choice areas on how to produce and market quality wines. It sometimes means harvesting the grapes two weeks after most of the vineyards have harvested theirs, Thienpont said, because the extra time makes for better quality wines, not for collecting but for enjoying today.

That was exactly what we did at that lunch while pairing the different wines with the food cooked by chef Marco Legasto.

A dinner featuring Torbeck wines was almost missed because of  hellish traffic  from Quezon City to Makati. But what kept us trying was our host enumerating the menu, and the knowledge that chief winemaker David Powell was there.

Powell founded one of Australia’s leading wineries in the Barossa Valley, which he rehabilitated and named after a forest in Scotland where he worked as a lumberjack. That former occupation surprised everyone, given his unbelievable turn as a winemaker, an exceptional one at that.

But while one can take his wine seriously, wine should be enjoyed in the way we had that night, with the perfect five-course dinner at the Old Manila of The Peninsula with eight Torbeck wines. The laughter that evening made up for the traffic torment.

In every wine tasting, we learn new things. A whiff of gasoline shocked my nose as a Spy Valley Envoy Riesling 2007 was served with the pineapple beignet dessert at the Winebar at Café 1771 in Ortigas.

Is this really how this wine should smell? I asked Peter Rawling, global sales manager of Spy Valley Wines  in Marlborough, New Zealand. He looked amused and said, yes, this is the aroma that their Riesling enthusiasts expect. My son, who loves to smell gasoline (as well as fresh fish when he markets) should be pleased. It might take me a while to get used to it, but I will get around to it the way I’ve taken to the smell of durian, truffle and mabolo.

Many winemakers and marketers, or even owners, visit from where their vineyards are. But I know two who actually live here.

One is Edouard Miailhe, who owns Chateau Siran in Bordeaux and whose family traces its presence here to about two centuries ago.

The other is David Peabody who has a company here but whose family is one of two who own Craggy Range in New Zealand. At a lunch at I’m Angus in Makati with guest chef Jonas Lundgreen from Sweden, the heat of the day was borne because of the refreshing welcome of a 2009 Sauvignon Blanc. Peabody said that every vineyard owned by Craggy Range is planted to grapes that are perfectly suited to the terroir, or the mix of soil and climate. Which is why there are about five places in New Zealand for just that.

And, thankfully, the baroness Philippine de Rothschild reminds us of her presence every year with a charity dinner that chooses the Miss Mouton Cadet ably planned by Tita Meneses Trillo, and executed by the Hyatt Hotel and Casino’s Lili chef Andy Chan.

The Chinese menu proved that the dishes can be paired with the best of the Rothschild wines, from Blanc to Rouge, and then the Baron Nathaniel, Pauillac 2008 and the Chateau Clerc Milon Grand Cru Classe, Pauillac 2003.

Nothing can be better than toasting Year 2012 with any of these wines, smelling of petrol or not.