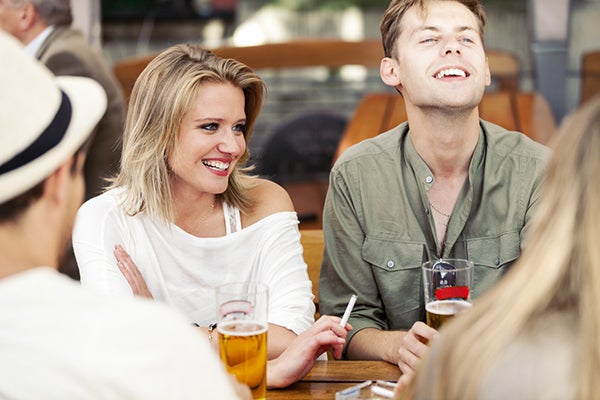 Smokers may have a poorer diet than non-smokers, study suggests

New research has found that smokers tend to have worse diets than former or non-smokers, which in addition to the dangers of smoking could also increase the risk of various health conditions.

Carried out by researchers at Fairfield University and Yale University in the United States, the team looked at dietary data taken from 5,293 U.S. adults who had been asked to report what they had eaten in the past 24 hours.

The researchers then calculated the average dietary energy density (kilocalories per gram) of each participant’s diet.

Dietary energy density (ED) is a marker for diet quality, with the researchers noting that the 2015 Dietary Guidelines for Americans recommends a low-ED diet to help maintain a healthy weight and prevent obesity.

After taking into account factors such as age, sex, race, beverage energy density, physical activity and BMI, the researchers found that smokers consumed around 200 more calories a day than non-smokers or former smokers, even though they ate significantly smaller portions of food.

Although the non-smokers (who had never smoked) ate more food, it contained fewer calories, around 1.79 calories per gram of food.

Former smokers also consumed more calories per gram of food (1.84 kilocalories per gram) than those who had never smoked, although still significantly less than current daily smokers.

However, the findings suggest that any amount of smoking could be associated with poorer diet quality.

The authors suggest that this could potentially put smokers at an even higher risk of cardiovascular disease and cancer.

Dr. Jacqueline Vernarelli, one of the co-authors of the study, also added that in addition to improving overall health, switching to a more nutrient-dense low-ED diet could be one way of helping smokers to kick the habit. Many smokers are concerned about putting on weight after quitting, which can be a barrier to stopping smoking.

The findings can be found published online in the journal BMC Public Health. JB