Future prime minister? All is well with GMA, sans braces and all! | Inquirer Lifestyle ❮ ❯ 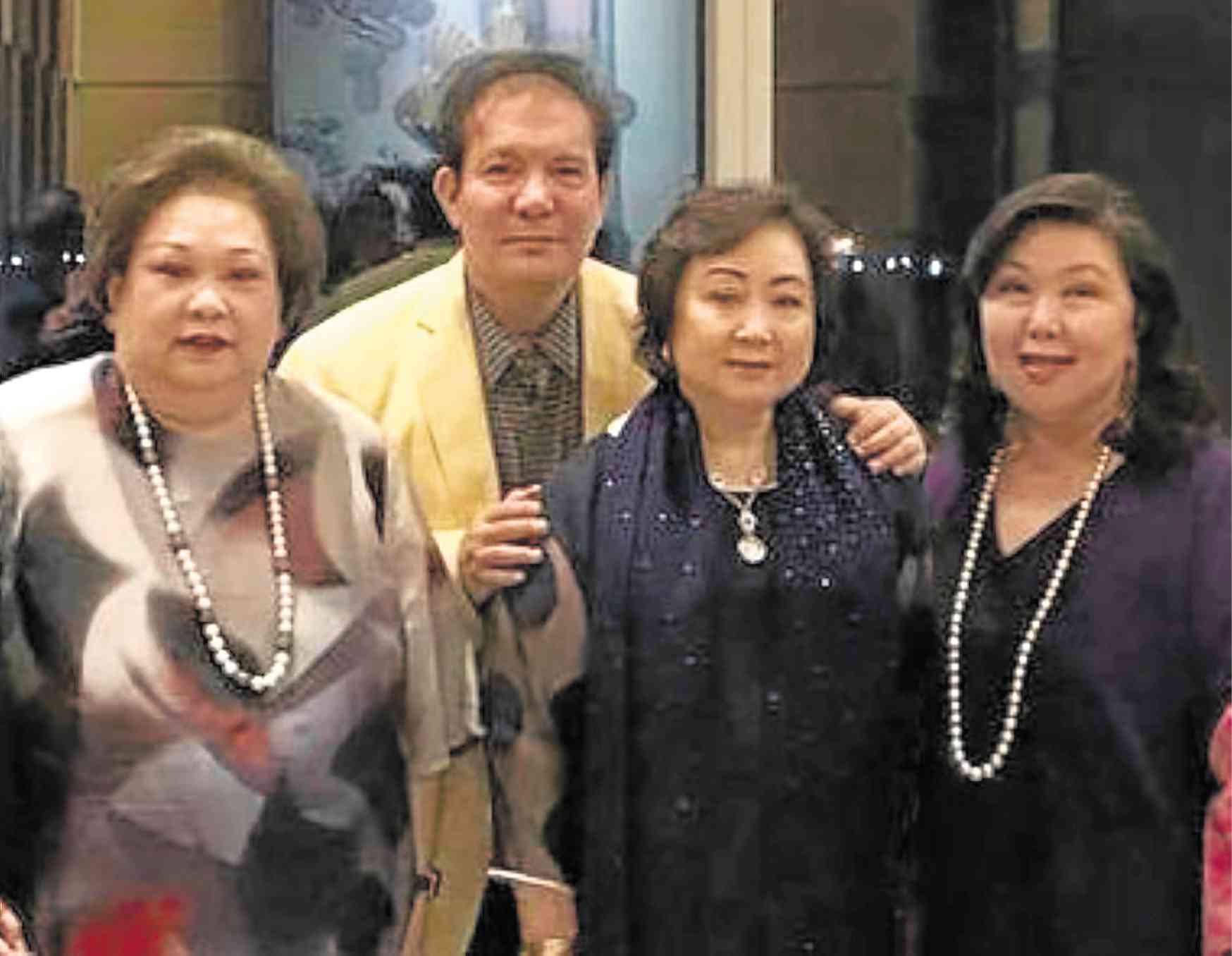 Future prime minister? All is well with GMA, sans braces and all!

Your mantra for the week: “I am God as me and I love It.”

Last week, Ricky Lo featured well-known personalities talking about “Why I believe there is a God.” I did not make the deadline, so this is for Ricky, with my sincere apologies.

There was a time I believed in a God that existed outside of myself. I was a most devoted churchgoer, going to Mass and communion every day for seven years, convinced that this was a sure passport to heaven.

But, as I began to read the Holy Bible, I found out that what Jesus Christ taught was quite different, and that Jesus himself never claimed he was the God. In fact, he said, “Ye are Gods,” and, in another verse, “Greater works than I you will do.”

Thus began my days of agnosticism. I studied the major religions, which launched my search for the Creator of the whole universe.

I also found solace in art. I started painting and felt there was something in me that was being developed through forms, colors, lines and shapes. The experience awakened in me a feeling that something beyond what I was conscious of was expressing itself through me. I could not label it or put a name on it, but it was surely coming from within me.

It was many years later when I understood what I experienced, after reading Ernest Holmes’ concept of God:

“We believe in God, the Living Spirit Almighty. One, Indestructible, Absolute and Self-existing cause. This One manifests Itself in and through all creation but is not absorbed by Its creation.

“The manifest universe is the body of God. It is the logical and necessary outcome of the infinite self-knowingness of God.

“We believe in the incarnation of the Spirit in man and that all men are incarnations of the One Spirit.

“We believe in the eternality, the immortality and the continuity of the individual soul, forever and ever expanding.

“We believe that the kingdom of heaven is within man and that we experience this Kingdom to the degree that we become conscious of it.

“We believe the ultimate goal of life is to be a complete emancipation from all discord of every nature, and that this goal is sure to be attained by all.

“We believe in the unity of all life and that the highest God and the innermost God is One God. We believe that God is personal to all who feel this indwelling Presence.

“We believe in the direct revelation of truth through the intuitive and spiritual nature of man, and that any man may become a revealer of truth who lives in close contact with the indwelling God.

“We believe that the Universal Spirit, which is God, operates through the Universal Mind, which is the Law of God, and that we are surrounded by this creative mind which receives the direct impress of our thoughts and acts upon it. We believe in the healing of the sick through the power of this mind.

“We believe in the control of conditions through the power of this mind.

“We believe in our own soul, our own spirit and our own destiny… for we understand that the life of man is God.”

And yes, I felt all this in my life. My understanding deepened as I studied the Lord’s Prayer, translated directly to English from Aramaic, the language of Jesus.

The ladies of April 5th

Many of my friends were born on April 5. Among them is former President and now Pampanga Rep. Gloria Macapagal Arroyo, who, I feel, is working toward becoming prime minister in case the government adopts federalism.

On Saturday, April 14, she will cut the ribbon to open Grace Eleazar’s La Bella Tagaytay, a boutique hotel featuring a wellness spa. Truly, all is well with Gloria, sans braces and all!

Another is the country’s first Miss Universe, Gloria Diaz, whose glory days are far from over. She is still as alluring and witty as ever—bringing to mind her answer on what she’ll do if a man from the moon landed on earth. She would make the alien feel at home, she quipped, but the simple answer clinched for her the Miss Universe title.

Then you have Irene “Tatler PH” Francisco, who maintains her creamy complexion despite her super busy schedule with several publications, not to mention her spearheading numerous fund-raising events.

Nedy Tantoco, back from Morocco on a shopping spree for doors for her new residence, recently hosted, together with Patrick Jacinto, a dinner for Irene at China Blue restaurant of Conrad Manila.

Close friends were in attendance, like Rena and Ed Angeles, Mia Borromeo, DJ Lopez and Mario Katigbak. Everyone was teasing Irene about her coming silver wedding anniversary in October. Her hubby Randy declared, “The next 25 years will be a cinch.”

Last April 2, Trisha Punsalan, Bledes Fores Legarda, Joanna Preysler Francisco and Camille Reyes had the time of their lives celebrating the birthdays of Trisha and Bledes at Camille’s residence in Ayala Alabang. If one didn’t know how close these women are to each other, it seemed they were just enjoying their respective freedoms from their husbands who, for one reason or the other, could not make it that evening.

Their resounding laughter made Luis de Terry, who left earlier than usual, to say: “I feel like I’m in a club where the music is too loud, I can’t even hear myself think.” The most reverberating voices came from the two celebrants. “Bledes and I are soulmates,” said Trisha.

Trisha’s eldest son Mikey had a special visitor that evening who flew all the way from Macau to be with him. She is half-Australian and half-Japanese—truly a beautiful combination. Mikey was beside himself, and I can’t really blame him. Iba talaga ang lutong Macau!