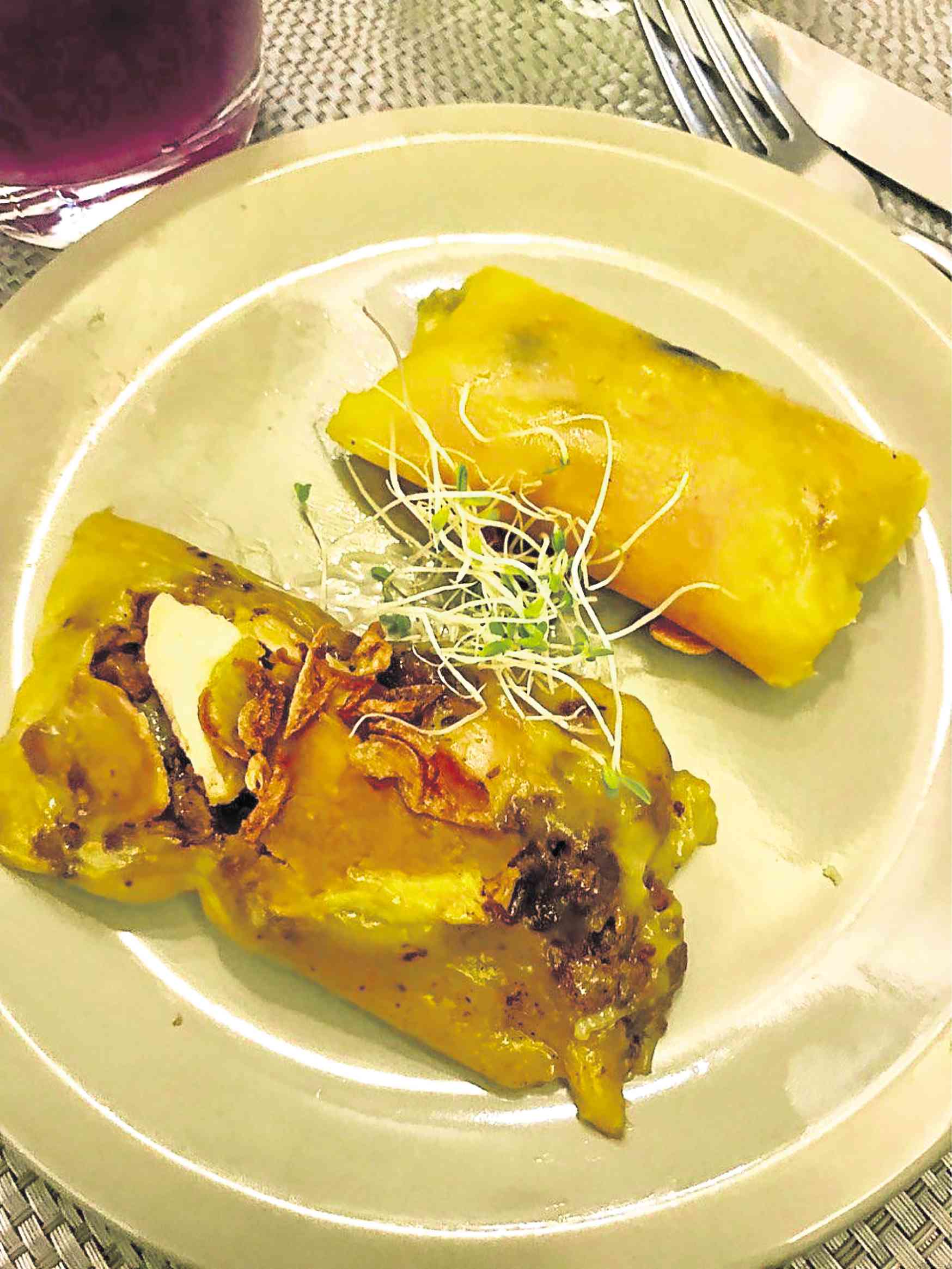 Why root crops are ideal substitutes for rice

When a friend suggests eating out, the place isn’t as important as the company. And that’s how dinner was set at Gourmet Gypsy Café on Roces Avenue, Quezon City.

But it turned out to be part of a class of Fernando Zialcita, Cultural Heritage Studies Program professor at Ateneo de Manila University. And it reminded me of Zialcita’s invitation more than a year ago at another restaurant, where the subject was root crops.

The talk at Gourmet Gypsy had the same focus—the menu was “Roots and Resilience: A Dinner of Contrasting Dishes.” Chef Waya Araos Wijangco presented two dishes for every course to show similarities and differences. Every course had Filipino cooking and a foreign dish, but the root crop was always present in both.

Before dinner was served, Zialcita reminded his student diners that root crops are easier to grow than rice, and that they require less water and labor—
but root crops are considered “inferior” by some quarters. What we ate that evening was meant to show that root crops might be good, even better, substitutes for rice.

I had forgotten to tell Zialcita that the Philippine Root Crops Research and Training Center is based at Visayas State University in Baybay, Leyte. Perhaps he and his students could schedule a visit to know about the many varieties. The province was chosen as a research center because it is home to many root crop varieties.

As in our previous dinner, the first course had kinilaw, paired this time with a Peruvian ceviche.

Chef Waya explained how the kinilaw is prepared: First, by washing the raw seafood in vinegar, after which the vinegar is thrown out. Citrus like calamansi is added, then the seafood is seasoned with salt, pepper, a bit of chili and chopped ginger and maybe coconut milk, depending on the main ingredient.

But that is only one way, because, like adobo, there are many versions of kinilaw.

Chef Waya’s ceviche used the Peruvian aji amarillo, a mildly hot yellow-orange chili. She gets her supply from a friend in the United States. Her ceviche also had boiled sweet potato (camote) on the side.

In Leyte, sometimes kinilaw is also eaten with root crops. But I do remember that lechon is eaten with a big gray yam called palawan, or the giant swamp taro. I was told the taro, which is bland, is meant to cut the richness of the lechon.

The next course had native cakes, one a Cavite tamales and the other a Puerto Rican pasteles de yucca. Waya said she approximated the Cavite recipe because she didn’t get her order of Robinsons, the most famous tamales in the province. The dish was made with rice and camote with a topping of chicken, egg and chorizo. Cassava was used for the pasteles, which looked like a yellow suman, while the filling was picadillo with olives.

By this time, most of us were getting full from the root crops.

The main course consisted of two braised dishes—pork adobo with mashed ube (purple yam) and a Szechuan chicken with taro and mushrooms. The ube seemed a perfect match with the adobo. We thought of replicating that at home.

The dessert was guinataang halo-halo, again with assorted root crops cooked in coconut milk. This was accompanied by the Thai ruam mit, which has sweet potato chunks, corn, gelatin strips and sago in coconut milk.

While the Thai ruam mit can be considered dessert, our guinataang halo-halo is too heavy to serve as the ending to a meal. For me, any kakanin (rice cake) and even guinataan should really be merienda food and not dessert.

Zialcita also talked of dessert, but not about the ones we had. He asked the students and guests whether sans rival really came from France. I volunteered the information that Nora Daza had the original Le Cordon Bleu Gateau Sans Rival recipe printed in her book, “A Culinary Life” (Anvil Publishing, 1992).