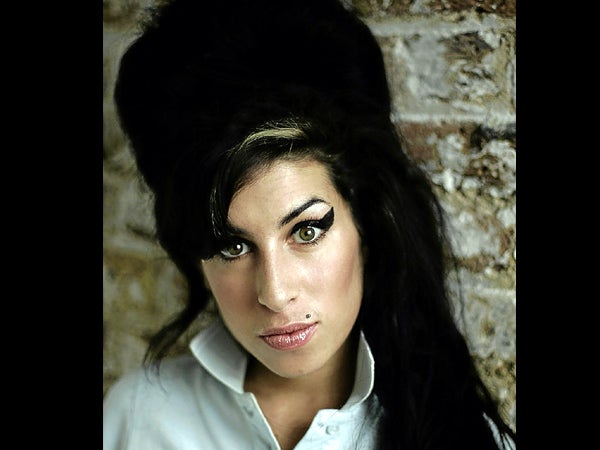 A —Amy Winehouse. On July 23, singer-songwriter and Grammy winner Amy Winehouse was found dead in her London apartment. Many mourned, while others claimed to be unsurprised by her death given her troubled and self-destructive life. We remember her not for the demons she battled but the incredible musical legacy she left behind.

C —Christopher Lao. In August, the law student made the mistake of trying to drive through a heavily flooded street in Quezon City and was caught on camera. “I was not informed,” he complained to a TV reporter. The video went viral, making him a target of

online attacks. But Christopher Lao got the last laugh—his flood fiasco inspired a BPI TV commercial that he also starred in.

D —Disasters of the natural kind. The world felt nature’s fury numerous times this year. Floods in Australia, Thailand, Brazil. Deadly earthquakes in New Zealand and Japan. The resulting tsunami in Japan. Hurricane Irene in the US. And, most recently, the devastation of Sendong in Southern Philippines.

E —Ed Westwick. A lot of people couldn’t believe it—“Gossip Girl’s” Chuck Bass on Philippine soil? But it really happened. In June, the British actor visited Manila for a series of photo shoots, interviews and a private party for Penshoppe, the clothing brand he now endorses. Fans went crazy while he was here and couldn’t wait to see him back. We feel the same way.

F —Football. More and more Filipinos went football-crazy this year, watching games and cheering for the Azkals. The football fever hit even more people when David Beckham with the rest of the LA Galaxy arrived in the country in December for a game against Azkals.

G —“Game of Thrones.” HBO’s adaptation of George R.R. Martin’s series of books captured the attention of audiences around the world. The medieval fantasy was and continues to be a huge hit with both critics and viewers. We love the series even more for giving us a regular dose of Peter Dinklage. He won an Emmy for his role as Tyrion Lannister and was declared Stud of the Year by GQ in its December issue.

H —“Harry Potter.” In July, we bid a tearful goodbye to Hogwarts and our beloved wizards and witches as the last “Harry Potter” film hit the cinemas. But the magic lives on with Pottermore, Universal Studios’ The Wizarding World of Harry Potter in Orlando, Florida, Daniel Radcliffe’s Broadway career, and Emma Watson’s gorgeous face.

I —Indie films. 2011 was a breakthrough for Filipino indie films. This year’s Cinemalaya Independent Film Festival was highly successful, with tickets consistently selling out and movie fans braving the rain to catch their festival favorites. Post-Cinemalaya, a number of the movies also made it to mainstream theaters nationwide including “Ang Babae Sa Septic Tank,” “Ligo Na U, Lapit Na Me,” “Sayaw Ng Dalawang Kaliwang Paa” and “Zombadings.” It has been our longtime dream for filmmakers who respect the intelligence of their audiences to find avenues for their work to be enjoyed by many. This year, it finally happened. We can’t wait for next year’s Cinemalaya.

J —Justin Bieber. We can’t deny it—Bieber fever hit us and it hit us hard. Justin Bieber arrived in Manila last May for a one-night concert at the SM Mall of Asia Grounds and was welcomed by hordes and hordes of screaming fans. Later in the year, Justin made news again after a girl in the US accused him of fathering her baby. Justin denied the claims.

K —Kim Kardashian. Kim Kardashian married NBA player Kris Humphries in a lavish, well-documented wedding in August. The couple received a lot of attention again in October when the reality TV star filed for divorce after just 72 days of marriage.

L —Lilia Cuntapay. You may not know her name but you surely know her face. After years of playing old ladies and all kinds of supernatural creatures—from ghosts to witches to the scary aswang—Lilia Cuntapay finally starred in her own film. The masterpiece “Six Degrees of Separation From Lilia Cuntapay,” which was written by the brilliant Antoinette Jadaone, bagged numerous awards at this year’s Cinema One Originals. We are keeping our fingers crossed for a commercial release because we believe this film needs to be seen by everyone. Everyone.

M —Milk tea. 2011 was the year of milk tea. Tex-Mex places and tonkatsu restos may have mushroomed all over the metro, but this year, there was no bigger food fad than milk tea spots, with people willingly lining up for a long time to get their dose of Happy Lemon or Serenitea. Make ours a cocoa with rock salt and cheese, please.

O —Oprah. Oprah’s final episode of the long-running and beloved Oprah Winfrey show aired on May 25. We’re happy that she now runs her own network—the Oprah Winfrey Network—but we’re seriously sad about the end of Oprah the show. The fun giveaways, Oprah’s Favorite Things, Tom Cruise jumping up and down on her couch – we’re going to miss them all. Thank god for reruns.

P —Paris Hilton. Americans may no longer be enthralled by the heiress and reality star, but she got a lot of love when she arrived in Manila. Paris visited for meetings and photo shoots with Century Properties, the real estate company she’s working with to design the Azure Beach Club in Parañaque. Paris also made an appearance at SM Megamall to officially open her bag and accessories store, where she was met by a huge crowd of fans and the press.

Q —(Pageant) Queen. This year, Filipinos and pageant fans were glued to their TV screens as Shamcey Supsup and her tsunami walk competed in the Miss Universe pageant. Shamcey was crowned third runner-up, but to us, she was the winner.

R —Royal wedding. It was a real-life fairytale. Kate Middleton married Prince William in a beautiful ceremony that the entire world watched. We had our eyes on the couple and on their siblings—hot and mischievous Prince Harry, and the beautiful Pippa Middleton.

S —Steve Jobs. The man who touched countless lives and made work (and play) easier passed away on Oct. 5. We mourned the loss of the genius with the rest of the world. But his Apple legacy lives on in his slew of great products—the iPad 2 and its unshakable grasp in the tablet market, and the iPhone 4S, featuring intelligent assistant Siri.

T —Thor. There were a number of superhero films released in 2011, but “Thor” was one of our favorites, and not just because Chris Hemsworth is a chiseled god.

U —UP. The UP Pep Squad topped this year’s Samsung Cheerdance Competition and then competed in the Cheerleading World Championships in Hong Kong in November where they bagged third place in the Cheer Mixed category.

V —Vice Ganda. Vice Ganda gave us a reason to stay at home on Sunday nights. “Gandang Gabi Vice” is our guilty pleasure. We still can’t stop talking about Melanie Marquez’s appearance on the show.

W —Weddings, the same-sex kind. New York allowed same-sex marriage in 2011, the largest state to pass this law. This, to us, was bigger than the royal wedding.

Y —YouTube. YouTube continues to be a treasure trove of talent (and junk, but you have to learn to wade through it). This year, our favorite YouTube discoveries include Sophia Grace and Maria Aragon.