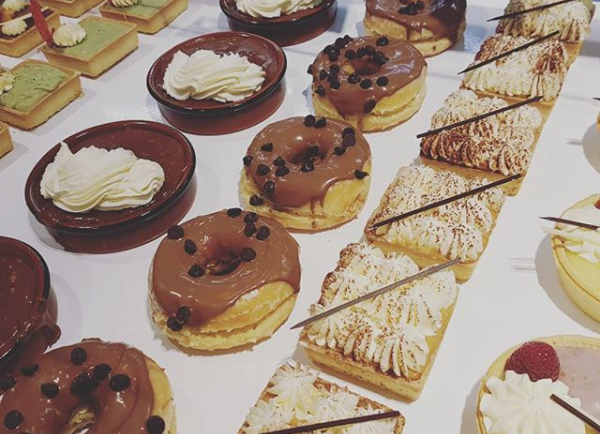 Ali Imdad may have been born and raised in the United Kingdom, but the essence of his delectable pastries and cakes is rooted in his Pakistani heritage. He brings this heritage to the ritzy and trendy boroughs of London where he wishes to spark and give rise to a new dialogue that encapsulates the catch-all of the existential journey of a Muslim.

The 29-year-old chef and baker first came to the fore in BBC’s “Great British Bake Off” back in 2013. He finished as a runner-up and now, in his latest venture, loftily says he wants to encourage a “more wholesome” perception of Islam in the UK, as per Arab News last May 8.

“Muslims historically haven’t just focused on religion,” Imdad was quoted as saying in the report. “Food has been integral to Muslims since the dawn of Islam, but people are surprised to hear that it was Muslims who brought orange juice here.”

This is the tart I’m proud of the most. In the first week of opening Cocoa, 100% of the profits raised from selling this white chocolate, coconut and lime tart will go directly to the White Helmets in Syria. I can’t do much for Syria, but I can do this. Cocoa Patisserie. Opening Monday.

He recalled that after the Manchester bombing in May last year, Islamophobic comments on the internet suddenly had an upsurge. “As a Muslim you need to defend other Muslims,” Imdad said, explaining that for him as a baker, it was about creating an environment where people could discover the culinary culture of Islam.

He believes this is a more subtle approach toward introducing people to the different cultures of Islam. “They can come and discuss the religion, or just enjoy the food and see, through my desserts, how Muslims have contributed to world cuisine.”

It is an approach less in your face than soapbox oratory, but a powerful approach nonetheless that brings everyone together for who could say no to food? “We can’t keep living separate but together … dialogue is the only way to bridge that divide, ideally over cake.” Cody Cepeda /ra

Mail-Order Pride: Fil-Am baker sends Filipino pastries to foodies in the US