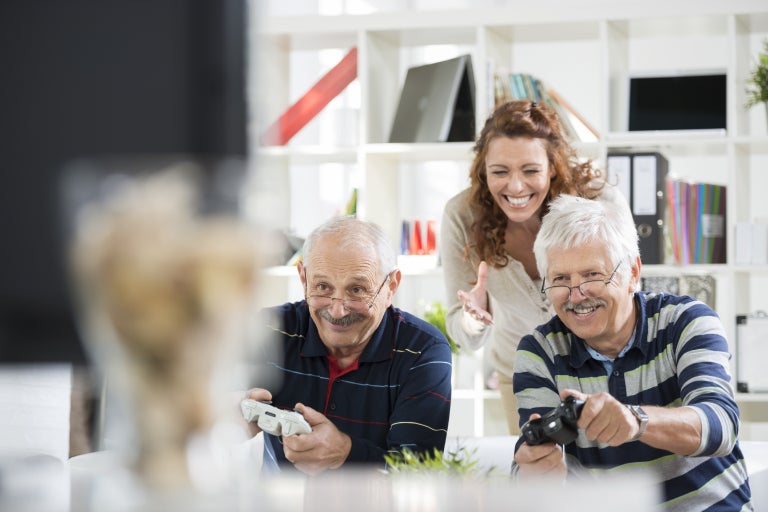 New international research has found that active video games that get players moving, also known as exergames, could help improve physical ability and quality of life for patients with heart failure.

The findings are the first results from the HF-Wii study, which followed 605 heart failure patients across six different countries including the United States, Italy, Germany, Sweden, Israel and the Netherlands, to assess whether exergaming could have a positive effect on the physical health of patients with the condition.

Participants were randomly assigned to two groups and asked to either partake in an exergaming program or a standard exercise regime.

Those in the exergame group had a Nintendo Wii installed in their home after receiving a tutorial on how to use it and were advised to play for 30 minutes a day.

Patients in the standard exercise group were advised to be physically active for 30 minutes a day.

Improvement in the participants’ exercise capacity was assessed using the six-minute walk test. At the start of the study, there was no difference between the groups in how far they were able to walk. However, after three months, patients in the exergame group could walk significantly further, 33 meters more on average than those in the standard exercise group.

Professor Tiny Jaarsma, principal investigator of the study, of Linkoping University, Sweden, commented on the findings, saying, “Exergaming is an alternative way for patients with heart failure to be physically active. It increases their fitness and can improve their wellbeing because they can do more in their day-to-day life.”

The researchers also assessed the effect of exergaming on quality of life, anxiety and depression, using validated questionnaires at the start of the study and at three months.

Once again they found that the exergame group showed greater improvements than the standard exercise group in all three variables, however only the improvement in quality of life was statistically significant.

“Patients in the exergame group had significantly higher quality of life after three months than those who received standard exercise advice. While there was no statistical difference in anxiety and depression, it was encouraging that playing the exergame did not increase anxiety,” Professor Jaarsma said.

“We think quality of life improved with exergaming because patients could walk further and do more activities around the house with those meters gained,” she continued. “Patients also told us they felt more included socially. They often played the game with friends, their spouse, or grandchildren.”

“Exercise is recommended for all patients with heart failure but many don’t do it because they feel too tired to go out, the weather is too bad, or they’re not motivated. Exergaming is an ideal option for some patients,” she concluded.

The research was presented on Sunday at Heart Failure 2018 and the World Congress on Acute Heart Failure, a European Society of Cardiology congress taking place May 26 to 29 in Vienna, Austria. JB