What are we eating? | Lifestyle.INQ ❮ ❯ 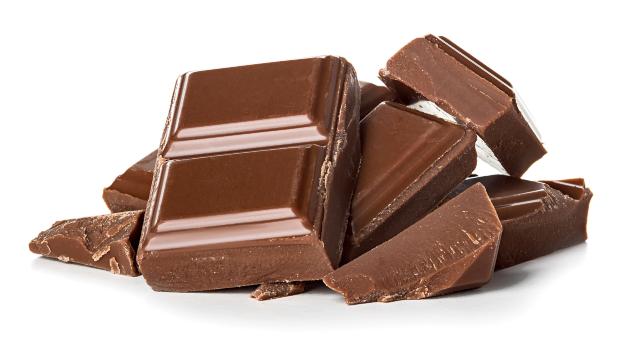 What are we eating?

The American Food and Drug Authority, the regulatory body for food standards in the United States, publishes something called the Defect Levels Handbook. This sets permissible limits for “natural or unavoidable defects in foods that present no health hazards for humans”.

The contents of these ‘natural and unavoidable’ defects are probably to protect manufacturers from being sued. The FDA Handbook allows the average chocolate bar (about 100 grams) to have one rodent hair in it. This 100 grams is also allowed to contain up to 60 insect fragments. Legally.

Insects – either whole, body parts, larvae or mites – are the most common permissible defect, allowed in 71 foods. You will find them in peanut butter, paprika, oregano, cinnamon, bay leaves and many more foods.

Oregano can have up to 300 insect fragments, with ground oregano allowed up to 1250 fragments. Tomato juice is allowed to have 10 fruit fly eggs or one maggot for every 100 grams. About 20 maggots or 75 mites are permissible in 15 grams of dried mushrooms. 5 per cent of a can of cherries can also contain maggots.

In figs, interestingly, the FDA specifically only allows insect heads – up to 13 heads for every 100 grams of fig paste. Why only heads? God knows! (Because the FDA probably doesn’t).

Cinnamon, paprika, oregano, thyme, sesame seeds (til), fennel seeds (saunf), ginger and other spices often contain another ingredient – animal or mammal excreta. FDA allows about 20 milligrams of this in 1 kilogram of cocoa beans. ‘mammalian excreta’ is another name for mouse faeces. Every kg of wheat is allowed to have an average of 9 faeces pellets. Even popcorn can have 1 pellet per subsample (the FDA handbook does not define the size of the subsample).

Mould, a type of fungus is also a commonly permitted contaminant in most fruit, vegetables, butters and jams. Up to 20 per cent of paprika is allowed to be mouldy. 5 per cent of a packet of bay leaves (tej patta) and 3 per cent of a can of frozen peaches is also allowed to have mould in it. Blackcurrant jam is high on the list, with 74 per cent of it permissibly mouldy. Low levels of mould are also allowed in tomato ketchup, tomato juice and canned tomatoes.

If all this weren’t enough, the FDA handbook also has a provision for the presence of ‘foreign matter’ in select foods. This includes objects such as stones, sticks, jute bags and even cigarette butts! This, strangely enough, fits into “natural or unavoidable defects in foods that present no health hazards for humans”.

If you are appalled by the low quality demanded of American packaged food, let us shift the focus to our own country. The Indian version of the FDA is the FSSAI – Food Safety and Standards Authority of India. It follows similar standards but makes them so confusing that no one bothers to read them. Instead of putting them out clearly in one handbook, it hides them in different rules for different foods.

When describing permissible food defects, FSSAI uses a term called ‘extraneous matter’. This is defined as “any matter contained in an article of food which may be carried from the raw materials, packaging materials or process systems used for its manufacture or which is added to it, but such matter does not render such article of food unsafe”.

FSSAI does not clearly define permitted contaminants in one handbook or document. It is, however, hidden in the fine print of their numerous rules and regulations. For instance, FSSAI requires deshelled peanuts to only be ‘practically’ free from matter such as stones, dirt, clay etc. Further, 5 per cent of the total packet is permitted to be damaged. 2 per cent of most dry fruits and nuts can permissibly be ‘damaged or discoloured’ which includes damage by insects.

With dry apricots, FSSAI states that they should be free from living insects, but goes on to allow a ‘reasonable’ amount of insect debris, vegetable matter and other objectionable matter. Up to 3 per cent of supari can also be damaged by mould and insects.

A packet of wheat flour (atta) can contain up to 2 per cent ash. Paushtik atta (which means healthy or nourishing) can have a little more ash – 2.75 per cent. Whole grains of wheat, maize, jawar, bajra, rice and most lentils including chana, rajma, moong, masur, urad etc. are permitted 1 per cent extraneous matter, which includes 0.1 per cent impurities of animal origin. These essentials, which every household in our country consumes on a daily basis, is allowed to contain metallic pieces, sand, gravel, dirt, pebbles, stones, lumps of earth, clay, mud and animal faeces and hair.

Sugar, refined sugar, bura and misri are permitted to have 0.1 per cent extraneous matter, while this is permitted up to 2 per cent in the case of jaggery. If you were impressed by this accuracy, honey, on the other hand, only needs to be visually inspected to ensure that it is free from mould, dirt, scum, the fragments of bees and other insects etc.

Similarly, one of India’s favourites – tea – is required by FSSAI to only be free from living insects, moulds, dead insects, insect fragments and rodent contamination which are “visible to the naked eye.”

FSSAI also allows most types of salt and spices, such as jeera, elaichi, laung, dalchini, red chillies, haldi, black pepper, dhania, methi etc., to contain 1-2 per cent extraneous matter. This includes dust, dirt, stones and lumps of earth. One official told me that some years ago, when India needed dals immediately, they imported them from Burma. The dal came full of stones. Instead of making a fuss, the FSAAI checked with their ministry and simply changed the rules to allow more stones.

So the quality of food is decided by corporations and regulatory bodies created to protect them. Who protects the consumer?