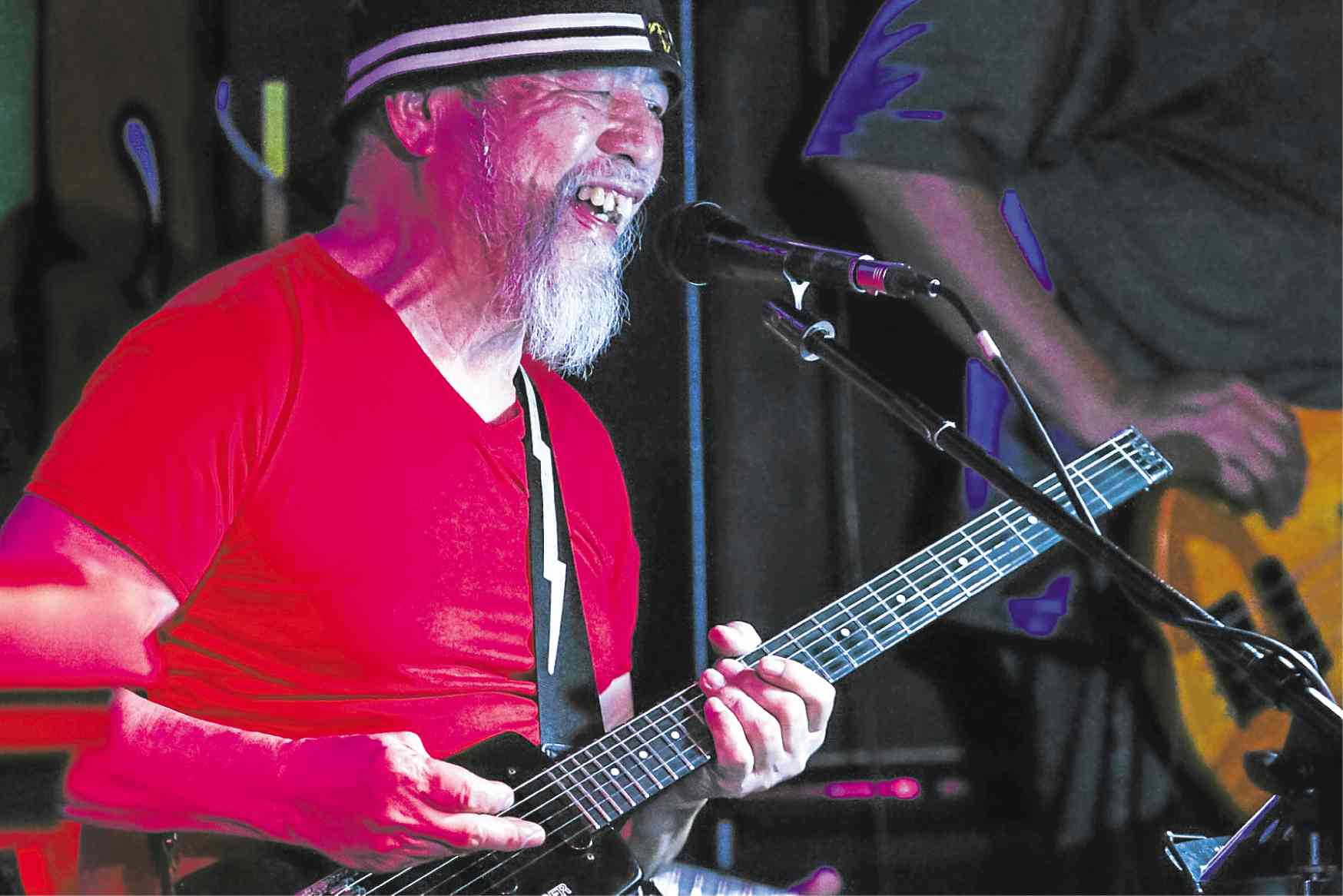 ‘Mike Hanopology’: The return of the Rabbi

Mike Hanopol has come down from the mountain.

The boozed-up patrons who showed up for a glimpse of a bona fide original Pilipino music (OPM) legend and a run-through of his greatest hits weren’t disappointed.

No one was prepared for what else Hanopol had in store.

In between bouts of spastic air guitar as the DJ played cuts from “Hanopology,” and actual performances of ’70s Pinoy rock classics such as “Laki sa Layaw,” “Mr. Kenkoy,” “Balong Malalim” and “Langit,” Hanopol ranted and raved like an Old Testament prophet.

At one point, he even delivered a metaphysical lecture at the top of his still-formidable lungs on the Kabbalist idea of the First Cause as the source of all creation.

Someone in the audience shouted “Amen!,” to which Hanopol replied:

In short, a splendid if somewhat puzzling time was had by all, specially Hanopol who guzzled bottles of Red Horse throughout.

It had been five years since I last saw the man (http://lifestyle. inquirer.net/141115/hanukkah-with-hanopol-from-rocker-to-rabbi/). He had converted to Judaism, which he considered the religion of his forefathers, having traced the Hanopol lineage to a family of Ukrainian Jews. He was preaching his own take on the religion to a small congregation at his house, complete with readings from the Torah and all.

Since then, apparently, things had taken a turn.

His congregation had dwindled from 50 to two, his wife of 43 years sued him for “concubinage, violence against women, and support” (all charges since dismissed), and he had left both wife and suburban home and was now living in the woods somewhere in Batangas.

On the plus side, he says, he had finally found his “soul mate.”

He had given her the Hebrew name Netanya (“God-given”), and he himself was now goes by Micah (“God-like”).

“Mike Hanopology: Ang Sekreto” is by no means a “comeback,” he hastens to add.

It had, in fact, been recorded in 1993—25 years ago—on a 12-track analog recorder by Butch Dans with members of the Ugoy-Ugoy Band, including George San Jose on drums, Meong Pacana, bass, Bond Samson, keyboards and Noel Santiago, second guitar.

Hanopol had then just returned from living in the United States, where under the sway of guitar virtuosos like Joe Satriani and Allan Holdsworth, he had transformed himself from the basic blues rocker of Juan de la Cruz days to a serious electric guitar shredder.

Those chops are very much in evidence on “Mike Hanopology.” Everything was recorded live in the studio, in one take, he recalls.

Despite the low-fi recording, it’s immediately apparent that Hanopol and the crack session musicians from Ugoy-Ugoy captured something special that day.

From the opening shredfest of “Hanopology,” to the instrumental version of CCR’s “Commotion” (retitled DOS”), to new versions of “Balong Malalim” and “Tulungan Natin,” Hanopol brings the noise.

A high point is the eight-and-a-half minute version of “Beep Beep,” which midway turns from heavy rocker to a free-jazz freakout complete with some uncredited blowing by Ugoy-Ugoy saxophonist Michael Guevarra.

He has no commercial expectations for the album, says Hanopol. The CD was produced by an outfit called James Records & Arts. All he wants is for people to hear it, possibly on Spotify or some other music streaming service, now that CDs are almost obsolete.

He’s also had it with the periodic Juan de Cruz Band reunions, he says.

He’d rather be pondering the mysteries of existence.