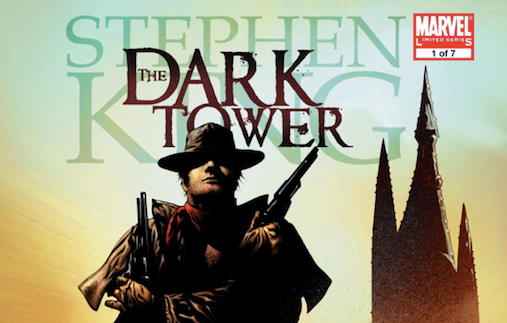 A set of graphic novels based on Stephen King’s “The Dark Tower” series is set to be published in August, with books coming out every two weeks.

The fantasy series by King was originally published as a series of seven books from 1982 to 2004, and a comic book adaptation was launched in 2007 by Marvel Comics.

Now, publishing rights to the comics have been acquired by Gallery 13, the graphic novel imprint of Gallery Books, an imprint of Simon & Schuster; it will publish the previous stories in 11 graphic novels in all.

Those books will include five prequel works focusing on Roland Deschain of Gilead’s coming-of-age and told in chronological order, now titled “Beginnings”, as well as a comic adaptation of the 1982 bestselling novel “The Gunslinger” published in six parts.

The “Beginnings” prequel graphic novel will be released every two weeks starting with the first volume, “The Gunslinger Born” on Aug. 14. The adaptation of “The Gunslinger” will follow in spring 2019.

The republished books may appeal to a host of readers who are new to “The Dark Tower”, after the story was adapted into a 2017 movie starring Idris Elba and Matthew McConaughey. JB