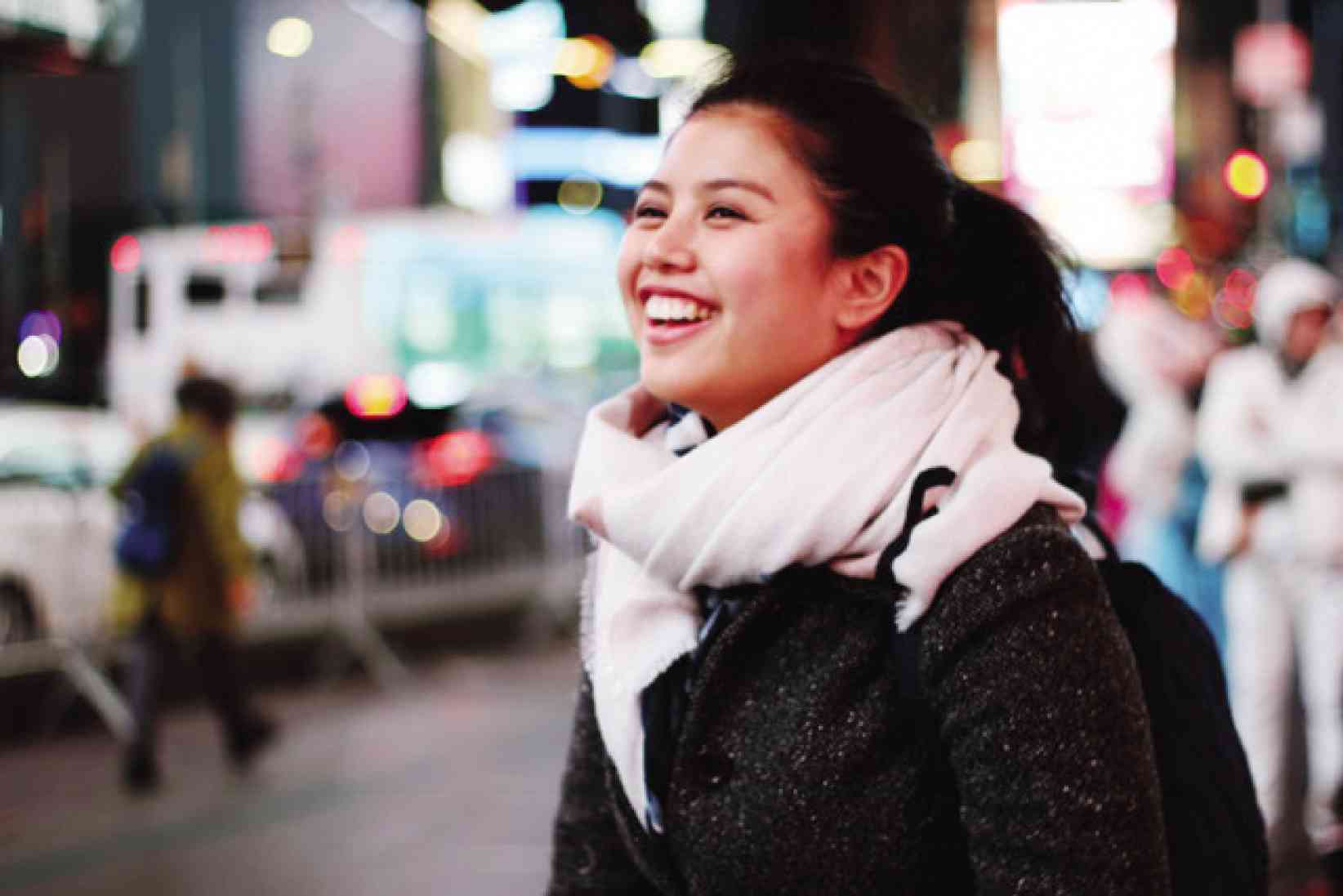 Cristina Sebastian: “I’m fortunate to be living in a time where there’s color-blind casting.”

When Cristina Sebastian first came to New York to pursue acting, everyone encouraged her to try out for “Miss Saigon” on Broadway. It was a double-edged compliment. “I had to ask, ‘Are you just saying that because I’m Asian?’” she said.

After she graduated from the Circle in the Square Theater School in 2017, she tried out for both Asian and non-Asian roles.

“I’m fortunate to be living in a time where there’s color-blind casting,” Sebastian said. “This means I get cast not by my ethnicity or my skin color but by my ability as a performer.”

In a post-“Hamilton” era, diversity plays a huge role in both the theater industry and actor’s career.

“It’s our time. People don’t want to see a carbon copy of everyone else,” Sebastian explained. “Audiences want to see someone who can represent them. Being Filipino is an asset for me, and it helps me bring something unique to the table.”
Debut role
For her professional acting debut in “Strings,” she convinced the writers to write a Filipino character for the show. “They initially wrote a character for someone else in mind. But when I auditioned for it, they gave the role to me,” she said.

“They were open to my suggestion of making the character Filipino for me. It didn’t feel forced. The character fit the storyline perfectly because the show was ultimately about different stories coming from different people.”

Sebastian said theater isn’t about pretending to be someone else. “Acting is an exposition of your truest self—you can’t hide it,” she said. “Some of the best performances happen when you open up to audiences, and they see who you are. That’s why I don’t deny my Filipino identity.”
Motivation
There are days when she’s the only Asian actress in line for an audition, but this only motivates her to try harder.

“Sometimes as an immigrant living in America, you feel like you don’t belong,” she said. “But deep down, I know our stories and our voices matter.”

“We’re not a caricature or a background character. Us being here make sense in this storyline—and everywhere else.”

When asked about Filipino actors who inspire her, Sebastian immediately replied with, “Eugene Domingo is fearless. She’s funny but keeps it real at the same time. Ali Ewoldt is not only an amazing performer, but she also breaks stereotypes.”

“It’s made me start to think about writing my own shows,” she said. “I have yet to see something that reflects me 100 percent. I feel like it might be up to me to make it happen and I’m down for the challenge.”—CONTRIBUTED