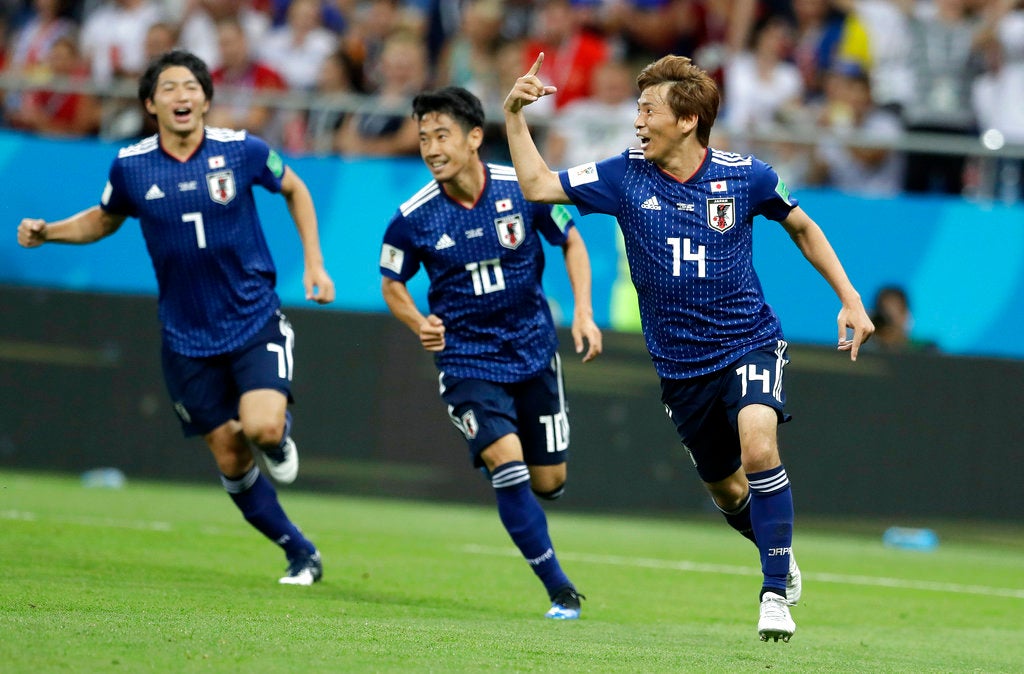 Japan's Takashi Inui, right, celebrates after scoring his side's second goal during the round of 16 match between Belgium and Japan at the 2018 soccer World Cup in the Rostov Arena, in Rostov-on-Don, Russia, Monday, July 2, 2018. (AP Photo/Petr David Josek)

Japan may have lost its chance at the World Cup quarter-finals, but won something else in return.

The team suffered an upsetting loss to Belgium: Japan seemed to be a shoo-in in the first half of the match when it led by two goals. However, Belgium would make a major comeback in the second half, with the last of three goals scored in the final minute of added time.

Despite the heartbreak, Japan’s team and fans showed dignity in their defeat. Though Japanese fans are well known to clean up stadiums and leave in a disciplined manner, the fact that they continued to do so after a loss—with some teary-eyed as they picked up trash—made them a sight to admire.

For its part, the national team left the locker room in pristine condition. Italian journalist Tancredi Palmeri shared a picture of Japan’s spotless dressing room, which included a note in Russian that said: “Thank you.”

Amazing from Japan.
This is how they left the changing room after losing v Belgium: cleaned it all.
And in the middle, have left a message to Russia: “Spasibo” (Thank you) pic.twitter.com/lrwoIZt2pR

Palmeri said the photo was taken by a FIFA delegate who later deleted her own Twitter post.

The Blue Samurai’s performance with a FIFA world ranking of 61 versus Belgium at No. 3 was already impressive enough. But their gracious exit puts Japan on the world stage for something more worthy than a trophy: respect.  Niña V. Guno /ra