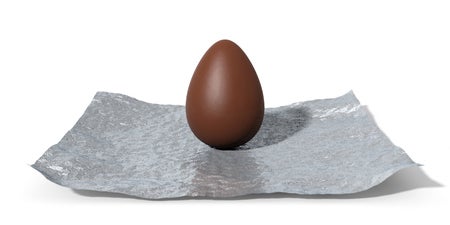 To take advantage of a leap year tradition where women can propose to their boyfriends every Feb. 29, one unnamed woman put an engagement ring intended for her guy inside a Kinder Surprise Egg, which she inserted in her vagina. Unfortunately, the Kinder Egg got stuck and she was forced to have it removed in the hospital.

British comedy writer and former doctor Adam Kay told this story of the woman in his 2017 nonfiction book “This is Going to Hurt: Secret Diaries of a Junior Doctor”, as reported by The Sun on Monday, July 9. The book will soon be turned into a series by BBC, as announced by the network last week. Kay previously worked as an obstetrician and gynecologist for England’s National Health Service (NHS).

Calling the woman Patient JB, Kay recounted how the woman went through the whole process to propose to her boyfriend. Patient JB reportedly bought an engagement ring which she put inside a Kinder Egg. Taking the surprise proposal a notch higher, the woman decided to insert the Kinder Egg in her vagina vertically.

“She would suggest some finger-work to her partner, he would discover it, retrieve it, and then she would go down on one knee (and, presumably, him),” the report quoted Kay. “Equal parts unexpected, disgusting and, I suppose, romantic.”

Unfortunately, her plan didn’t go as well as she hoped it would be. The egg, which she inserted vertically, rotated lengthwise inside the woman’s vagina.

“No amount of shoogling from either of them would get this particular goose to lay her golden egg,” noted the comedy writer, as stated in the report. “Remarkably, she was so keen to maintain the surprise she wouldn’t tell him what she’d done or why.”

The pair soon gave up and they went to the nearest hospital, where Kay was working, to have the Kinder egg removed. The former junior doctor claimed that he and Patient JB’s boyfriend were not informed of the egg’s content and that he had to get the egg by using a pair of sponge-holding forceps, the report stated.

“She popped the question and he said yes; presumably out of shock, or fear of what a woman who does that with a Kinder Surprise would do to him if spurned,” said the doctor.

Kay’s book was a hit and critically acclaimed when it came out September last year. BBC announced on July 6 that a TV adaptation of the book will be aired via BBC Two, to be produced by Sister Pictures. Kate Matriano/JB