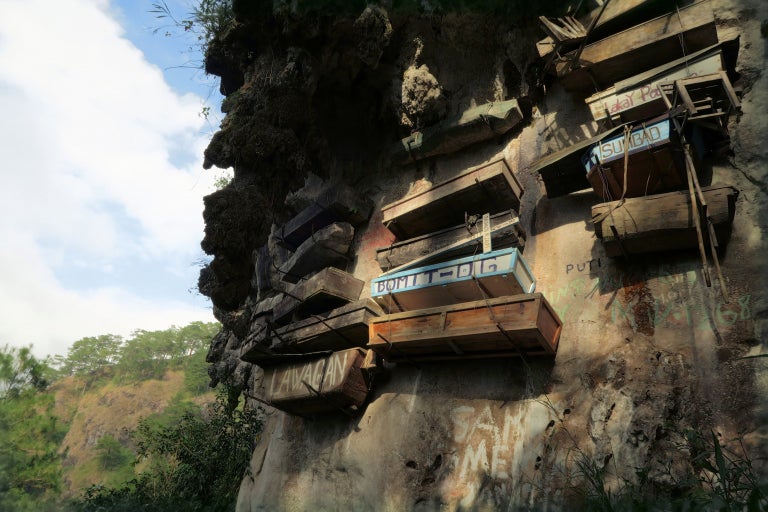 LOOK: 6 of the world’s most beautiful cemeteries include Sagada’s Hanging Coffins

It may not be as popular as heading to the beach or visiting a museum but tombstone tourism counts its fair share of enthusiasts, and the number seems to be growing. Whether one is in search of a favorite artist’s final resting place, a graveyard dedicated to the sacrifices of soldiers, or a unique historical and cultural site, here’s a list of six of the world’s best-known cemeteries.

Notwithstanding competition from the Normandy American Cemetery and the Marine Cemetery of Bonifacio in Corsica, Père Lachaise continues to be France’s best-known resting place. Located in the French capital’s 20th arrondissement, Père Lachaise extends over 44 hectares, divided into 70,000 plots. Balzac, Apollinaire, Chopin, Jim Morrisson, de Musset, Edith Piaf and Oscar Wilde are just some of the many famous people to be buried there.

This cemetery tells the story of the city’s ancient Jewish community, whose relics and history are presented in the nearby Jewish Museum of Prague. Much of the graveyard is surprisingly wild with certain headstones barely standing and others overrun by vegetation. It includes some 12,000 marked plots, but many more people were buried there. Several layers of earth were added, up to 12 in some places, to find room for more graves without disturbing existing ones.

Located in the rolling hills of Brooklyn, Green-Wood Cemetery offers unusual views of the New York skyline. Rising above the graves, you can even see the Statue of Liberty. French visitors may have the impression that they are actually in Père Lachaise, which served as an inspiration for the designers of Green-Wood. The Brooklyn graveyard is nonetheless a lot greener and more like a park than its Parisian counterpart.

Not far from Transylvania, the legendary homeland of vampires, Săpânța offers a much more optimistic vision to the point where it is known as the Merry Cemetery. All of its tombstones are decorated with brightly colored paintings inspired by stories from the lives of those who are buried there. In some cases, the deceased wrote their own humorous epitaphs before they passed away.

The Hanging Coffins of Sagada, Luzon

Some ethnic groups in the Pacific archipelago still honor an ancient custom in which relatives are buried in coffins that are placed on beams or rocks projecting from cliffs. In the village of Sagada, the coffins are actually suspended with ropes. The tradition developed from a wish to prevent deceased relatives from being eaten by animals. Similar funeral sites are also found in Southern China and Indonesia.

A short distance from Ueno Park, Yanaka is home to some 7,000 graves that benefit from the shade of its cherry trees and regular visits from neighborhood cats who enjoy its peaceful atmosphere. The most famous cemetery in Tokyo, and in Japan, Yanaka is also known as the final resting place of the last shōgun of the Edo period and writer Ichiyō Higuchi, who features on the 5,000 yen banknote. JB