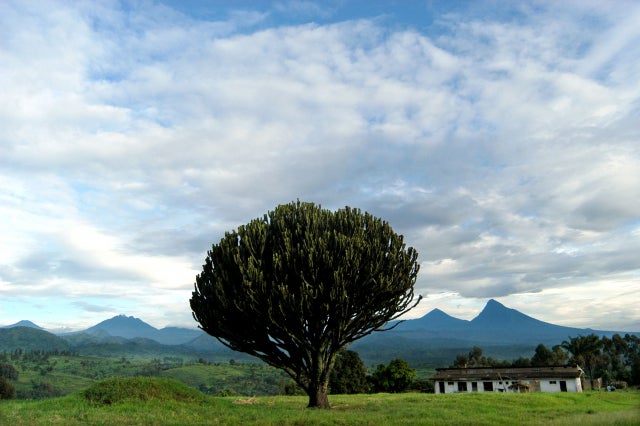 Virunga National Park in the Democratic Republic of Congo where a mother gorilla has given birth to two babies, according to an official statement from the park. Image: Riccardo Gangale/AFP

Virunga Park, the nature preserve in the east of the Democratic Republic of Congo famous for its endangered mountain gorillas, said Wednesday that a mother had given birth to two babies, bringing to nine the number of infants born so far this year.

“The mountain gorillas were a most welcome source of good news in 2018 and it’s only getting better!” the park said in a statement, adding that it was “thrilled” with the new arrivals.

The park currently counts 604 individuals, compared with 395 in 2000, according to Congolese news website ActuCongo. They comprise about 60 percent of Africa’s estimated total of around 1,000.

Virunga, Africa’s oldest nature reserve and a UNESCO World Heritage site, is located in North Kivu, one of the most restive areas of the DR Congo, where numerous armed groups are active.

Five park rangers and a driver were killed early this year, and in May the park suspended all tourism after three people, including two British visitors, were abducted and a ranger was killed.

Created in 1925 when the DR Congo was a Belgian colony, the park is Africa’s most biologically diverse protected area.

The mountain gorilla was immortalized in the film about primatologist Dian Fossey, “Gorillas in the Mist”.

In 2010 Kinshasa granted permits to Western oil groups to explore concessions along large portions of the reserve, and last month the government green-lighted the plan.

Global Witness, which campaigns against corruption and environmental abuse, called for a halt to the project, saying it would have “catastrophic consequences” for the environment. AB

Palawan, Cebu make it to list of world’s top islands for 2018