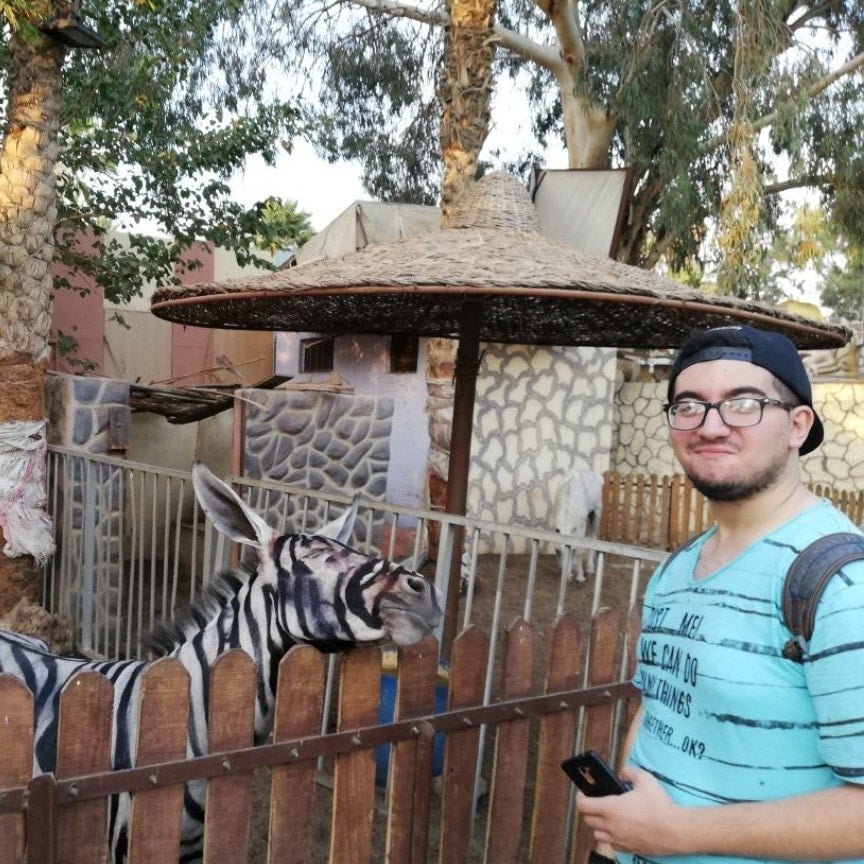 A zoo in Egypt got called out after a donkey painted to look like a zebra had been discovered by a visitor.

A student named Mahmoud A Sarhan recently visited the Cairo International Garden municipal park. From his visit, Sarhan uploaded a snapshot of himself with an animal that looked like a zebra on Facebook on July 21. At quick glance the animal with supposedly black stripes already looked suspicious. Its dubious identity further came into question with the black smudges that covered parts of its body.

In spite of the visible evidence of a paint job, zoo director Mohamed Sultan denied the claims and assured local radio station Nogoum FM that the animal, and a similar companion in the enclosure, were in fact zebras, reports Newsweek.

However, a veterinary contacted local news outlet Extranews.tv to confirm that the zoo’s animals were not zebras. The vet said zebras had black snouts while their stripes ran parallel and were more consistent. Zebras also had smaller ears than donkeys, reports BBC.

On a side note, humans have been known to mistake domesticated animals with wild ones before. One Chinese family unwittingly raised a black bear for two years before realizing it wasn’t a dog.  /ra