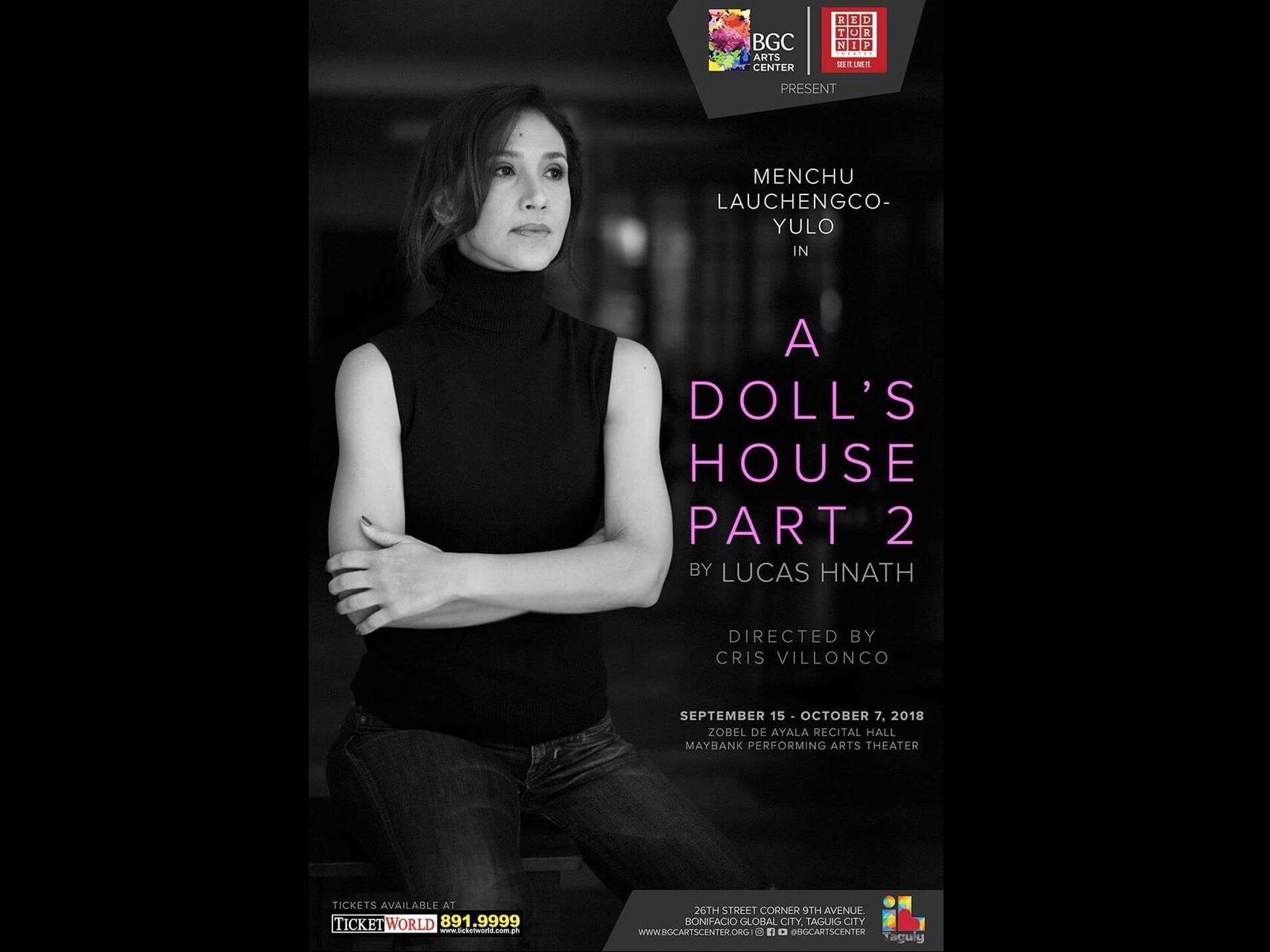 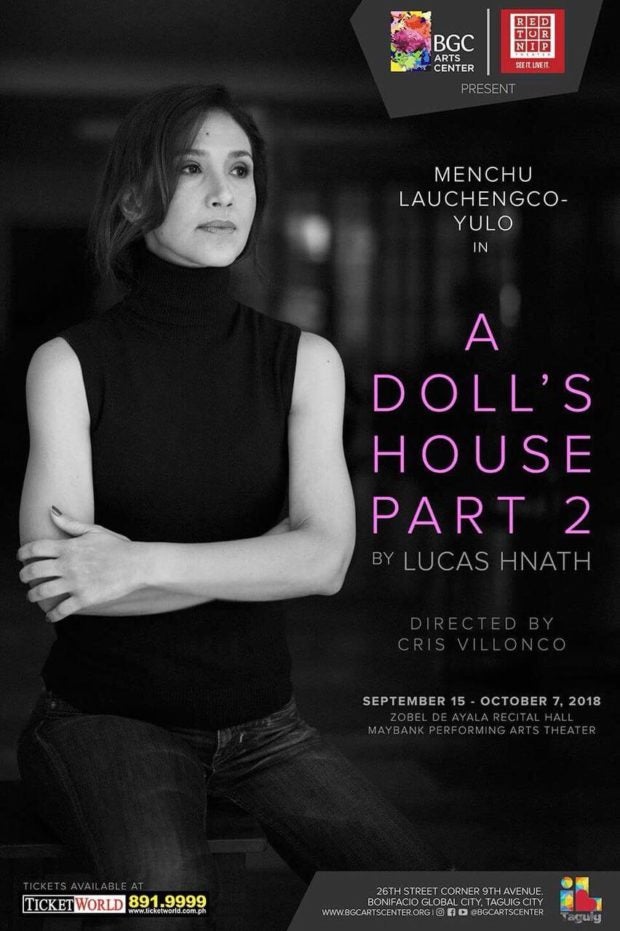 After a yearlong hiatus, Red Turnip Theater is back with its fifth-season offering in a new space—the contemporary dramedy “A Doll’s House, Part 2” by Lucas Hnath, running Sept. 15-Oct. 7 at the Maybank Performing Arts Theater in Bonifacio Global City.

“A Doll’s House, Part 2,” which premiered in 2017, is an imagined take on Ibsen’s protagonist, Nora, 15 years after she had left her husband and children at the end of his play “A Doll’s House.”

The play marks several firsts for Red Turnip, the company founded by actors Ana Abad Santos, Topper Fabregas, Jenny Jamora, Cris Villonco and Rem Zamora in 2013 that, in five years of consistently acclaimed productions, has cemented its place as one of Manila’s premier theater companies and a “champion of the straight play.”

“A Doll’s House, Part 2” also marks the directorial debut of Cris Villonco, who, with five wins, holds the distinction of having the most number of Gawad Buhay awards for any actor.

The Gala Night of “A Doll’s House, Part 2” on Sept. 15 is once again sponsored by FILA as part of its continuous support for the Philippine theater community.