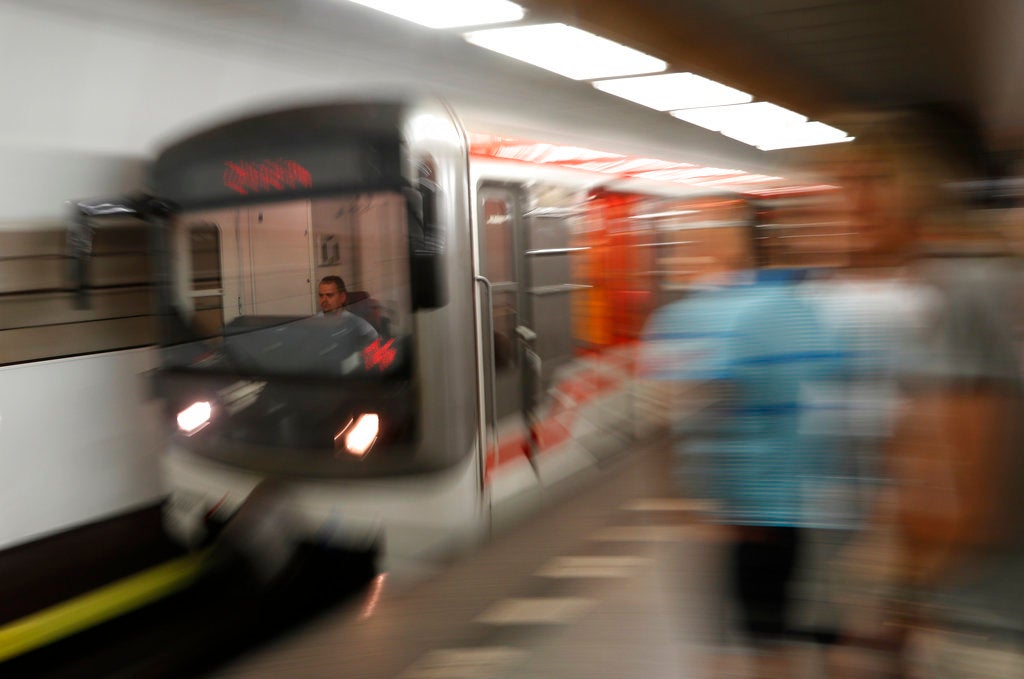 A subway train arrives at a station in Prague, Czech Republic, Tuesday, Aug. 7, 2018. Two participants in a travel competition "LowCost Race" were allowed by a driver to drive a subway train with passengers in the Czech capital after the race started on Aug 3. (AP Photo/Petr David Josek)

PRAGUE (AP) — Two participants in a travel competition were allowed by a driver to drive a subway train carrying passengers in the Czech capital, an incident the Prague Transport Authority called “unacceptable.”

As part of the LowCost Race that takes two-member teams with a limited budget across Europe, the two faced a challenge to “drive something unusual” as the race started on Aug. 3.

A video they took that was posted on the organizer’s web site shows one of them driving the train while the driver they called Martin was giving her instructions what to do.

Prague Transport Authority spokeswoman Aneta Rehkova says it was a failure of the driver and a serious breach of working rules. The driver is facing an unspecified punishment.

Rehkova says the passengers’ security was not threatened.

Race spokesman Miky Skoda say he is happy nothing serious happened and claimed the organizers did not encourage the two to drive the subway train.