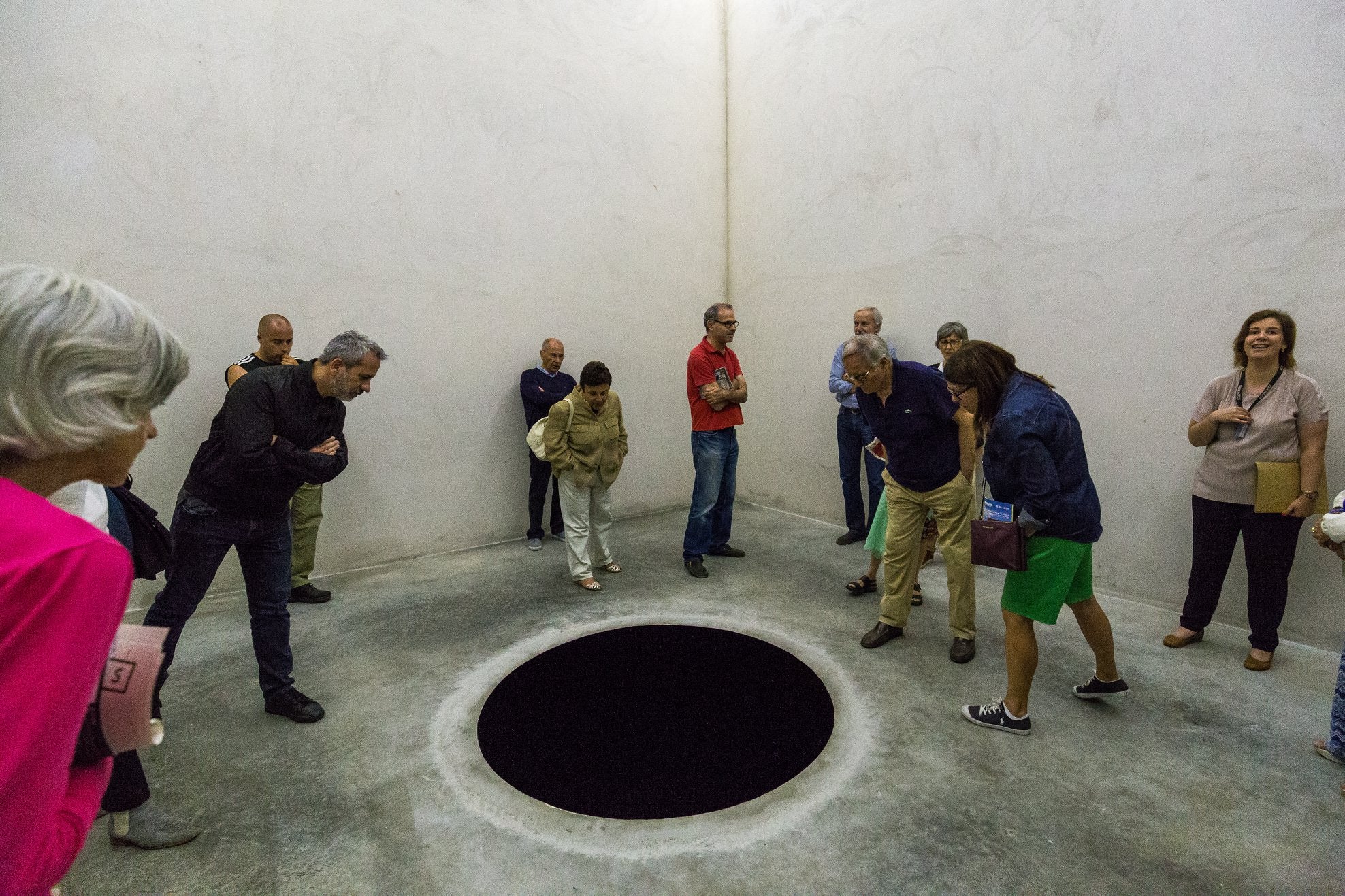 A museum visitor accidentally fell into a museum exhibit that featured a black, 8-foot-deep hole.

The black hole was part of British sculptor Anish Kapoor’s exhibit at the Serralves museum in Porto, Portugal. The unidentified visitor, described as an Italian man in his 60s, was hospitalized on Aug. 14 after the mishap, according to Portuguese outlet Publico via The Art Newspaper.

The hole was part of Kapoor’s exhibit and was named “Descent into Limbo.” The display featured a cube-shaped building, which visitors could enter, with a black hole at its center. The hole’s sides were painted black to give the illusion of a depthless void.

After a short stay at the hospital, Museum authorities confirmed the “visitor is OK [and] almost ready to return home.”

Meanwhile, the exhibit was closed off temporarily to investigate what really happened. At the same time, museum authorities said “security protocol was followed.” This included posting a gallery staff in the installation and the placement of warning signs.

The exhibit is the first individual exhibition of Kapoor’s work in the museum and will run until Jan. 6, 2019. It also features 56 models designed by Kapoor over the past 40 years.

Born in Mumbai, India, Anish Kapoor gained fame in the 1990s as one of the latest generation of British sculptors. Some of his more famous works include “Cloud Gate,” “Marcyas,” “Leviathan” and “Orbit.”  Alfred Bayle /ra