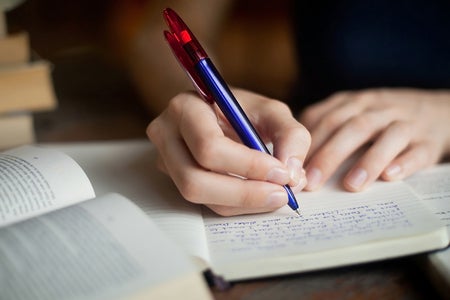 Murphy’s Law, “Anything that can go wrong will go wrong,” is an adage university students try not to think of whenever they are doing their papers or presentations. Out of all the things that could go wrong in a paper submitted by an Ohio University freshman, she had to commit the biggest mistake of all — submitting a paper without removing the unflattering nickname she gave her professor.

John Hendel was baffled when a student emailed him, profusely apologizing for getting his name wrong on the paper she passed. The instructor, probably used to having his name wrong in students’ papers, replied to the said student with “Thanks, whatever, nbd [no big deal].”

After reviewing her paper, he understood why his student apologized — while he was probably expecting to see a misspelling, his student instead wrote “Professor whats his nuts” as his name.

He shared his experience via Twitter last Wednesday, Sept. 19. Seemingly not angry over his student’s mistake, he even went as far as to change his name on the platform with the nickname his student gave him. His tweet, which has gone viral, has garnered over 53,700 retweets and 352,200 likes, as of this writing.

After seeing her professor’s tweet, Graphic Communication Design student Zoey Oxley took to Twitter to explain what exactly happened in the incident she referred to as “a series of unfortunate events.” Her tweet, which had gone viral as well, has garnered over 155,300 retweets and 623,900 likes, as of this writing.

Apparently, she couldn’t remember her professor’s name so she put “Professor whats his nuts” on her draft instead. Oxley planned on changing the nickname but forgot, sending the paper as is. Not long after, she realized her mistake and tried submitting a fixed version of her work but was unable to. Defeated, she sent an email to her professor apologizing for her mistake.

“I am so very sorry for the lack of respect that was used and again I apologize for this mistake,” she wrote in the email she sent to Hendel. “I hope that this does not reflect what you think of me and that the next assignment I can address by the correct name.”

A series of unfortunate events: pic.twitter.com/xSnT0JTYPV

Unsurprisingly, Oxley’s tweet amused netizens. It didn’t take long for Twitter users to share the stories of mistakes they made when they passed papers to their professors. Some said they had the same experience as Oxley, accidentally submitting their papers without changing the nickname they gave their professors.

I had a prof a few years ago whose last name was Jewett and I forgot how to spell his name on an essay and left is as 'Dr. Jew' then submitted it before changing it. It was so humiliating but this… this is somehow worse

My boyfriend and I had a lab instructor named “Mr. Pinch” and he accidentally submitted one of his quizzes with the instructor’s name “Mr. Pinch my nipples” because he was clowning around before he turned it in 😂😂😂

Others, meanwhile, submitted their works without editing their paper’s titles.

Same happened to me but I'm at a point where Idgaf anymore so I never even emailed my proff to apologize 😂😂😂 I dont think he cared eaither lmao pic.twitter.com/1XGzRpw0Zp

Lol. My working title on a paper was "Delete Your Aunt on Facebook" and it never got corrected in my proposal so 🤷‍♀️ it got turned in. Got an A too.

I once turned in a paper with the title “Is Genocide Modern or Nahh?” and emailed my professor a long paragraph just to get back
“no problem.
Sent from my iPhone”

hello i completely feel
this was my final paper i accidentally submitted for freshman seminar last year pic.twitter.com/ydvIzEhnHI

Seeing as Hendel doesn’t seem to mind his student’s nickname for him, Oxley may now probably breathe a huge sigh of relief. NVG