Not one false note in ‘A Doll’s House, Part 2’ | Inquirer Lifestyle ❮ ❯ 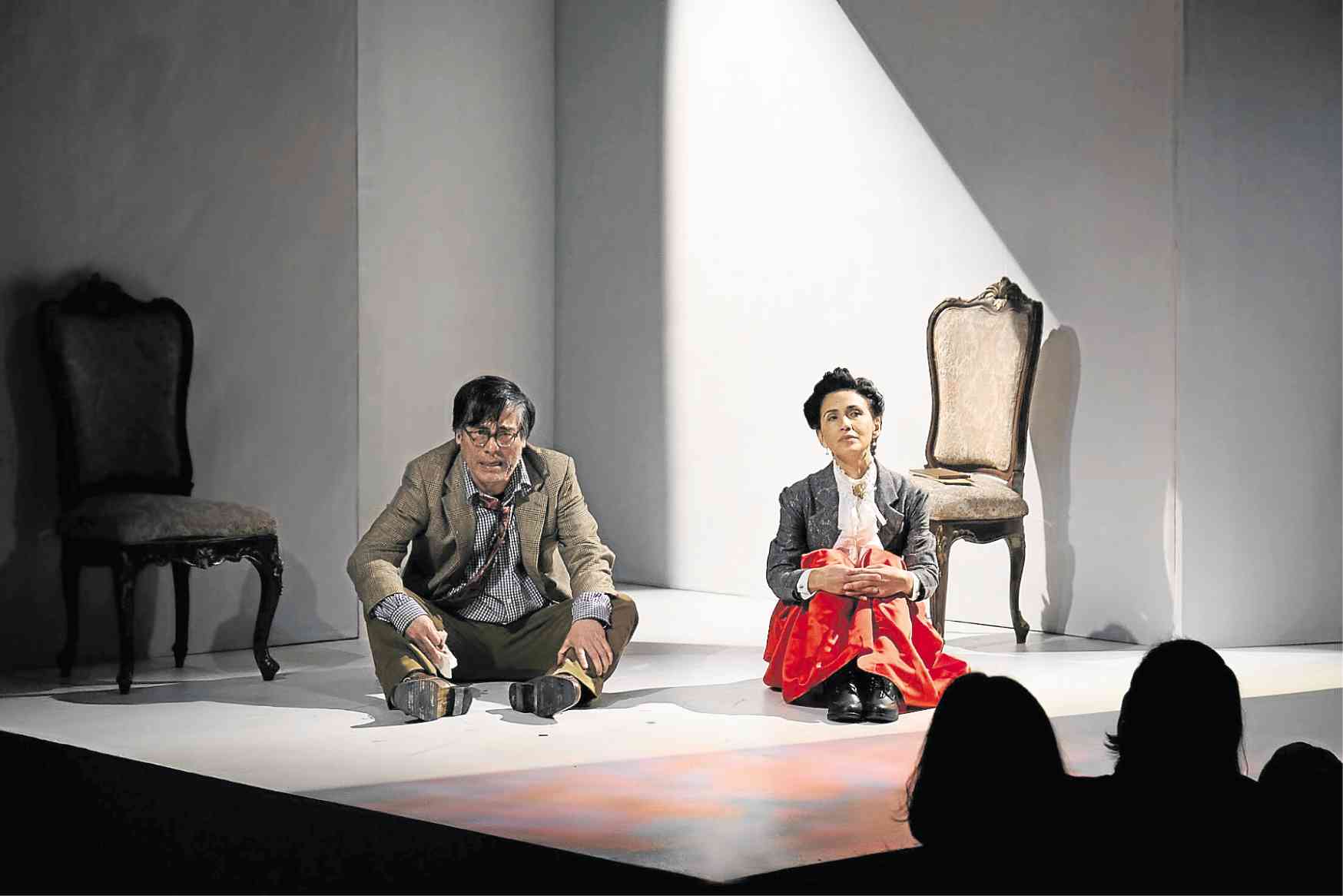 This play made me reexamine my cherished feminist values, and I actually sympathize with the abandoned husband.” That paraphrase of a Facebook post made by an audience member after seeing “A Doll’s House, Part 2” reflects the complex reactions one would have about Lucas Hnath’s play, which Red Turnip Theater is running until Oct. 7 at the Zobel de Ayala Recital Hall, BGC Arts Center.

Neither profeminist or antifeminist, the play does not take sides, but shows all the perspectives of the characters in it. The audience is pushed into gray landscapes where they do have to rethink their longstanding views and feelings about complex issues such as divorce and marriage, family duty versus personal freedom, and the eternal love-hate dynamic between men and women.

The “Part 2” in the title announces that this is a takeoff from Henrik Ibsen’s classic work, about a supposedly loving marriage and a happy family in 19th-century Norway. A closer look, though, reveals the wife, Nora, suffocating, her voice and needs repressed in deference to her husband’s. At the end of the play, Nora does the unthinkable in those times: She walks out on her husband and her three children.

Hnath’s play takes up the story and the characters 15 years later, but this time their choices and predicaments are examined through the lens of a 21st-century audience that has grown up with gender equality, unconventional marriages and families, and other societal shifts. Nora (Menchu Lauchengco-Yulo) returns to her former home now a successful unmarried feminist writer who writes about women’s issues under a pseudonym. Her visit raises specters from her past that she would rather not face, and that is where the drama lies.

Hnath turns Ibsen’s characters on their collective head, beginning with Nora, the expected sympathy for whom does not readily spring up. The other members of Nora’s family—her husband (Carlitos Siguion-Reyna), their daughter Emmy (Rachel Coates) and the loyal housekeeper Anne Marie (Shiela Francisco)—relive their experiences of the years following Nora’s walkout, and in all these stories, Hnath hammers home one point: All actions have consequences that will eventually revisit their doers.

Yulo plays Nora as a smart, assertive, “modern” woman who can out-argue and outmaneuver any man, but one who has an inherent coldness, perhaps even selfishness. Her daughter Emmy (Coates) is a chip off the old block, but whose traditional values and life choices clash against her liberated mother’s. Emmy is actually a mirror of her mother, as calculating and as driven, and her position on the opposite side makes her a formidable foe.

Siguion-Reyna’s Torvald plays the weak, spineless husband to the hilt, making Nora’s exasperated scorn understandable. But this award-winning director, making his first foray as a stage actor, still has to convey that insufferable yet charming arrogance that almost crushed Nora’s spirit in the original story.

While Yulo dominates the production with her sense of steely determination, Francisco steals nearly every scene she’s in, her face a sweltering prism of warm emotional colors.

In her directorial debut, Cris Villonco sets a smart pace that allows not one false note in the characters’ journeys. Humor and wit are not stretched unnecessarily, and the dramatic tension does not wander off into undue sentimentality. There is heart and passion behind every line and movement, but Villonco does not lose sight of the intellectual arsenal underlying them.

This constricted battleground finds resonance in Joey Mendoza’s set design, which Villonco makes skillful use of to emphasize a point or a game change. A shadow looming over the wall, a crash on the floor, a character walking away by a few steps—they end up speaking thematic volumes.

When this play of questions ends, the audience may find that their own set of questions is just beginning. —CONTRIBUTED