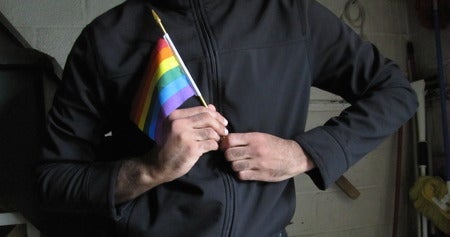 A 31-year-old kindergarten teacher is suing the unnamed school he previously worked for, for allegedly firing him on grounds of being openly gay, in Qingdao, Shandong province in China.

The man whose pseudonym is Ming Jue participated in a gay charity event on Aug. 5, as reported by South China Morning Post last Friday, Sept. 28. He made an article about the event which he later posted on his personal WeChat account.

Unfortunately, one of his former pupils’ parent saw his writing and reported him to the school’s administration. Not long after, he was dismissed from his position.

“The kindergarten’s owner said I had publicly announced that I was gay, which went against the kindergarten’s philosophy,” Ming told the publication. “I told him that was illegal and I would sue.”

Ming, who had been teaching kindergarten students for 10 years, filed for arbitration — a prerequisite process for Chinese labor dispute cases, before going to court — which will occur in November, the report stated. Meanwhile, Lu Ying, Ming’s lawyer, asserted that the dismissal was not legal on any grounds. Lu is working for Ming to regain his job and get compensation for what happened.

“I love my job. I never imagined I would one day lose it because of my sexual identity, much less because of a parent’s complaint over it,” Ming said in the report, lamenting the incident. “Some parents even said they would have to take their children to the hospital for health check-ups after having interacted with me. That pained me the most.”

“When the children speak of me someday, I don’t want them to remember me as the teacher who encouraged them to be brave but then ran and hid when he met discrimination,” he noted in the report.

The kindergarten Ming worked for have yet to comment or issue a statement on the matter, as of this writing.

Apparently, Ming was not the first Chinese person from the LGBT community to face workplace discrimination, the report said. In 2014, an unnamed man from Shenzhen filed charges against the company who fired him. He lost his case which was heard in 2015.

Despite what happened to the Shenzen man, there is still hope for homosexuals who file lawsuits against their employers. As per report, one Mr. C, a transgender man who was sacked for dressing like a man, won the case he lodged against his former employer in 2016. Kate Matriano/JB