Can too much milk make your bones weak? | Inquirer Lifestyle ❮ ❯ 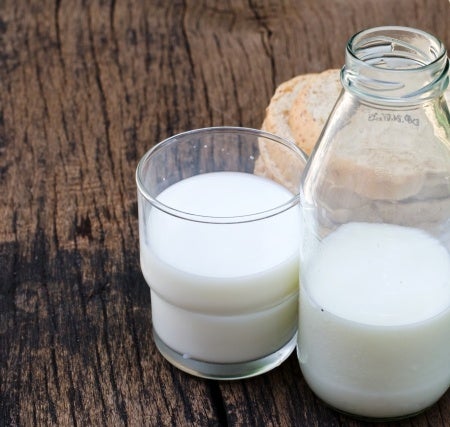 Can too much milk make your bones weak?

It’s one of those things we’ve just always accepted without question: we need to drink milk for healthier bones and teeth. It’s in my children’s school textbooks.

Over 90 percent of Asians are lactose intolerant. The introduction of dairy from the West led to an increase in the diagnosis of irritable bowel syndrome (IBS) in Asia. Those of us who continue to live as ice cream monsters (I’m guilty) suffer from diarrhea, gas pain and bloating, among other symptoms, and often blame it on IBS or indigestion, when actually, we’re suffering from lactose intolerance.

In a webinar broadcast by the Forks Over Knives community, Dr. Sofia Pineda Ochoa discussed “How Dairy Makes You Sick.” Ochoa is a practicing physician in Houston, Texas, and cofounder of Meat Your Future, an educational nonprofit that provides fact-based information about the health, environmental and ethical implications of consuming animal products.

“Cows don’t produce calcium,” Ochoa said. “Calcium is a mineral from the soil, where grass grows. Cows eat the grass and ingest the calcium, passing it on to their milk, along with their naturally occurring hormones.”

According to Harvard School of Public Health, “as your body digests protein, it releases acid into the bloodstream, which the body neutralizes by drawing calcium from the bones. Following a high-protein diet for a few weeks probably won’t have much effect on bone strength. Doing it for a long time, though, could weaken bone.”

A Journal of Nutrition study by Barzel and Massey stated that excess dietary protein could adversely affect the bone. Excess acidity from such a diet will create a reduction in total bone substance. Modern peoples are now eating high-protein, acidic diets and losing their bones.

A Yale study derived from 34 published studies from 16 countries saw strong correlations between high animal protein intakes and fracture rates. In the American Journal of Epidemiology study “Protein consumption and bone fractures in women,” the increased risk of fracture was seen with higher animal protein intake, but no increase in risk was observed with higher intakes of vegetable protein.

“Countries like India, Peru and Japan, where the average daily calcium intake is less than a third of the US RDA (recommended dietary allowance), ages 19-50, the incidence of bone fracture is quite low. They also differ in other bone-health factors, such as level of physical activity and amount of sunlight,” Ochoa said.

All these studies suggest that high calcium intake doesn’t actually appear to lower a person’s risk for osteoporosis. We cannot be confident that high milk or calcium intake is safe. Yet, the United Nations Environment Programme disclosed that chicken, meat and dairy consumption were expected to increase by 20 percent over the next 10 years globally.

“Each mammalian species produces milk for its own babies, and the content of protein, fat, carbohydrates and minerals is specific to provide optimum nutrition for a baby of that particular species,” Ochoa said. “The serious health issues associated with consuming milk of a different species should not come as a surprise.”

As parents, we are bombarded by media that we should continue to give our children milk past the breastfeeding stage. A good number of us buy into the marketing that goes with it. But knowing what we now know, what do you give, say, a 2-year-old who’s just weaned from breast milk?

“Any plant-based milks, but we don’t have to,” Ochoa said. She is presupposing that the child’s diet is healthy and balanced, and the child is getting adequate nourishment from nutritious whole foods.

I have since stopped buying fresh cow’s milk and have transitioned my children to soy milk. Be wary of alternative milks that actually still contain cow’s milk (like skim milk powder), so read the ingredients. —CONTRIBUTED