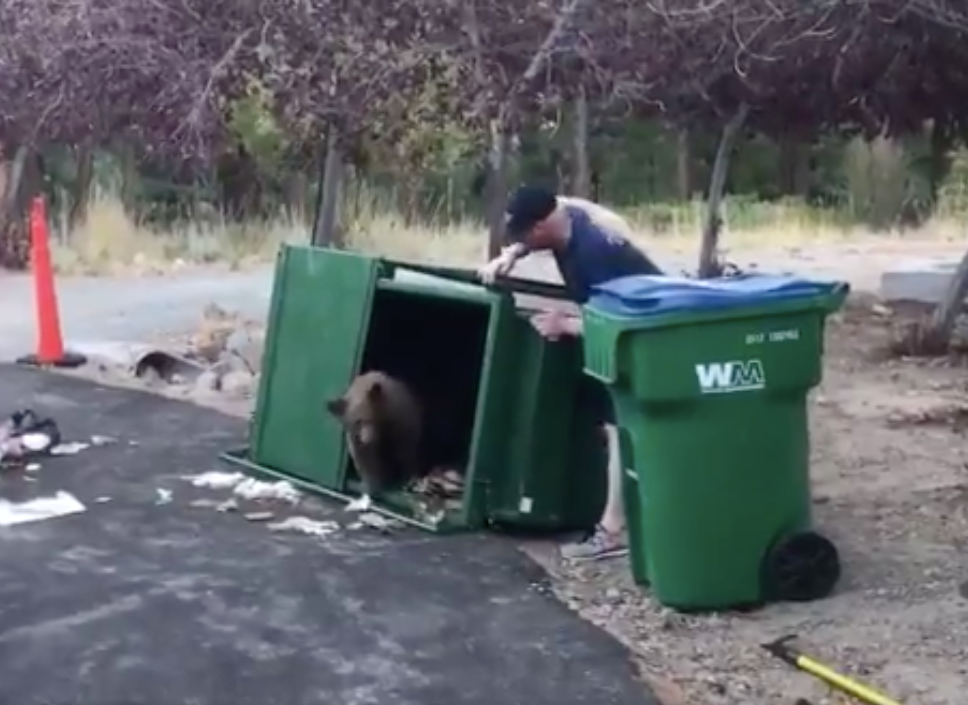 ‘This trash can is just right’: Firefighters find 3 bear cubs in dumpster

A crew at a fire station in Reno, Nevada heard a loud crash on the night of Sept. 29, as a dumpster tipped over. The next morning, an “agitated momma bear” was seen at the dumpster, where, it turned out, three cubs were trapped.

YOU DON'T SEE THIS OFTEN: Saturday night, the crew at #TMFPD Station 39 were awoken to the sound of a tipped over garbage bin. When daylight came, an agitated momma bear could be seen watching over the bin. With help from our firefighters, watch who escapes.👨‍🚒🐻 pic.twitter.com/SnlMBMNsrd

After ensuring the mother bear was at a safe distance, members of the Truckee Meadows Fire Protection District opened the dumpster, to find the three youngsters.

According to a Facebook post by the said fire protection team on Monday, Oct. 1, engineer Patrick Walsh distracted the mother bear, while paramedic Ed Martin opened the dumpster. Capt. Michael Trevino was behind the camera.

The video shows the little cubs peeking out of the trash can before scampering into the woods. The video has been viewed nearly 13,000 times in Twitter, while its Facebook upload has been viewed 292,000 times, as of this writing. JB