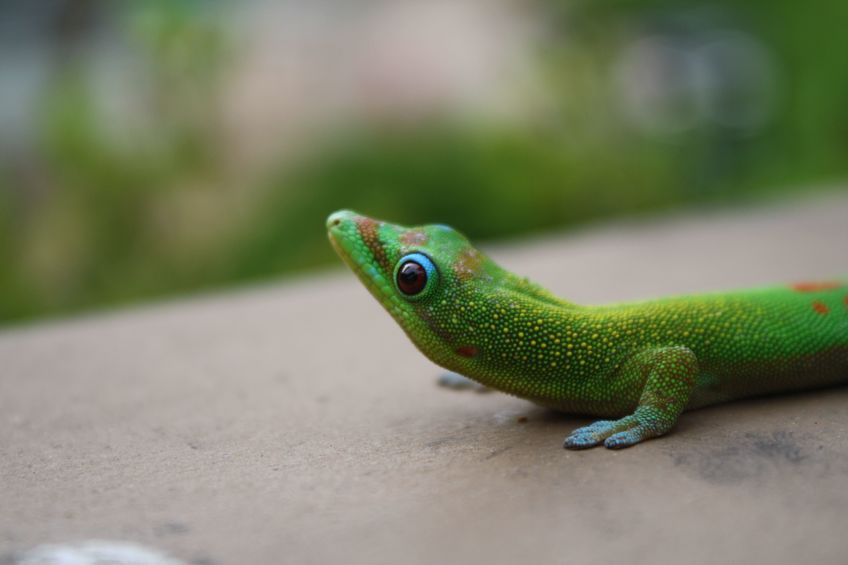 Getting butt-dialed is both amusing and annoying, but getting gecko-dialed is in a league of its own. The tiny animal made “a bazillion calls” from a Hawaiian hospital phone on Friday, causing panic to people receiving the calls.

Marine mammal veterinarian Dr. Claire Simeone took to Twitter on Oct. 5 to share the unusual story she experienced with a small green gecko.

On Oct. 4 Simeone said she suddenly started getting multiple calls from their Ke Kai Ola, the Hawaiian monk seal hospital of the Marine Mammal Center. The first time she picked up the call there was only silence. She then got nine more calls from the hospital in the next 15 minutes, which caused her to panic. She quickly drove over to the hospital thinking there was a seal emergency.

When she arrived at the hospital, everyone was just going about their day. She then received another call, which prompted her to ask the phone company to check out if the hospital’s phone was faulty. Meanwhile, calls started coming in from people asking why the hospital kept calling them up.

A representative from the phone company confirmed that one of the hospital phones was making “a bazillion calls” and suggested it might be a software issue.

After looking all over the hospital, Dr. Simeone finally discovered a small green gecko sitting on top of the laboratory phone’s touch screen while cluelessly making another phone call with its sticky little paws. Apparently the gecko managed to call up all of the people in the recent call list.

With the mystery solved, Dr. Simeone informed the phone company representative, who said, “Well, I haven’t heard that one before.”

She then followed up the story with a tweet in which she joked about the silent calls as one of their telemarketing strategies for getting donations and corporate sponsorships.

Obviously not a marine mammal and therefore not a patient at the specialized hospital, the little green gecko just happened to be sitting on the phone while looking for its next bug meal. Geckos are a common sight in Hawaii where they crawl into homes while hunting for insects.  /ra