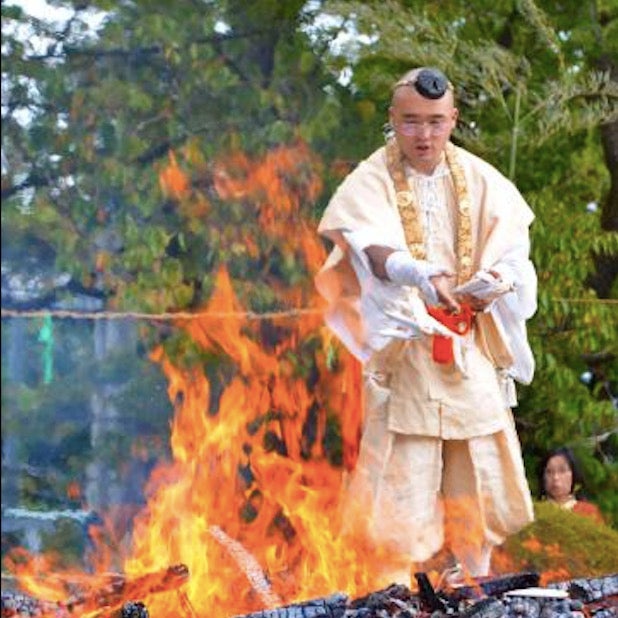 A Buddhist temple in Japan hopes to ease the negativity gushing from the internet by building a sacred fire to purify the web one request at a time.

The sacred fire is part of the Goma fire ritual, which is held in hopes of destroying negative or harmful energies. The Buddhist temple responsible for bringing this ancient ritual to the information age is the Kokujoji temple in Japan’s Niigata Prefecture, reports Nijimen via SoraNews24.

Kokujoji temple also created a special website on which they accept offerings of online hardships for free. Things like cruel remarks from social media platforms are written on wooden strips called “nadegi” before being thrown into the flame for purification by a priest. The idea is to help keep the negativity from spreading by letting the flames purify the bad energy.

Accessing the website will immediately prompt a visitor to hear a recording of a priest reciting the Maka Hannya Haramita Shingyo prayer for the ritual. Visitors may also be surprised by the site’s overall “funky” design and mistake it for a fake, but rest assured that it’s the real deal.

The individuals featured on the site are historical Buddhist figures who were said to have visited the temple in the past. The list includes feudal lord Uesugi Kenshin, samurai military commander Minamoto no Yoshitsune, warrior monk Benkei, hermit monk Ryokan Taigu and the legendary ogre Shuten-Doji.

Oct. 7 saw the purification of multiple requests by a priest over a raging fire. Twitter user “@HAYATO39285149” shared a snapshot of the event in an Oct. 8 tweet.

Anonymity has emboldened many individuals to use words that hurt others in cyberspace. Death threats, cyberbullying and hate campaigns are some of the things people can encounter on social media. Maybe a sacred purifying flame is just what the internet needs to tone down the bad vibes.  Alfred Bayle /ra