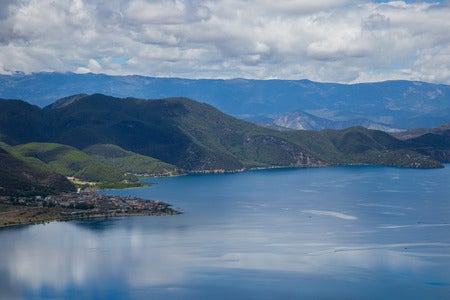 Chinese tourists get into brawl after littering in scenic, popular lake

A fight erupted when villagers near Lake Lugu in Yunnan, China confronted a group of Chinese tourists who were littering by the famous tourist spot. The Chinese tourists were discovered throwing the shells of their melon seeds into the lake’s clear waters last Friday, Oct. 5, an act that caused the ire of the locals.

A group of locals approached the Chinese tourists, but their discussion became heated until eventually turning into a full-blown brawl. Some people were found grabbing wooden oars while the villagers and tourists grabbed at each other in the height of the fight, according to Thepaper.cn via South China Morning Post on Oct. 10.

One local managed to subdue the villagers and tourists before authorities arrived. It was shared that both groups sustained injuries.

“There were injuries to varying degrees on both sides (one tourist dislocated his hand, another was slightly injured),” the police reported via their official Weibo account. “At present, the injured are being treated in hospital.”

It was reported that Lugu Lake is one of many lakes in the Yunnan province that is a focus of anti-pollution campaigns. In 2016, over 430 million tourists made their way to Yunnan alone, with the rising number of visitors causing a strain on the province’s wastewater treatment facilities.

Apart from its picture-perfect scenery, Lugu Lake is also the home of the Mosuo people, a small matriarchal ethnic group with a population of around 50,000. Cody Cepeda/JB

Chinese tourists apologize after being shamed for trashing Japanese Airbnb