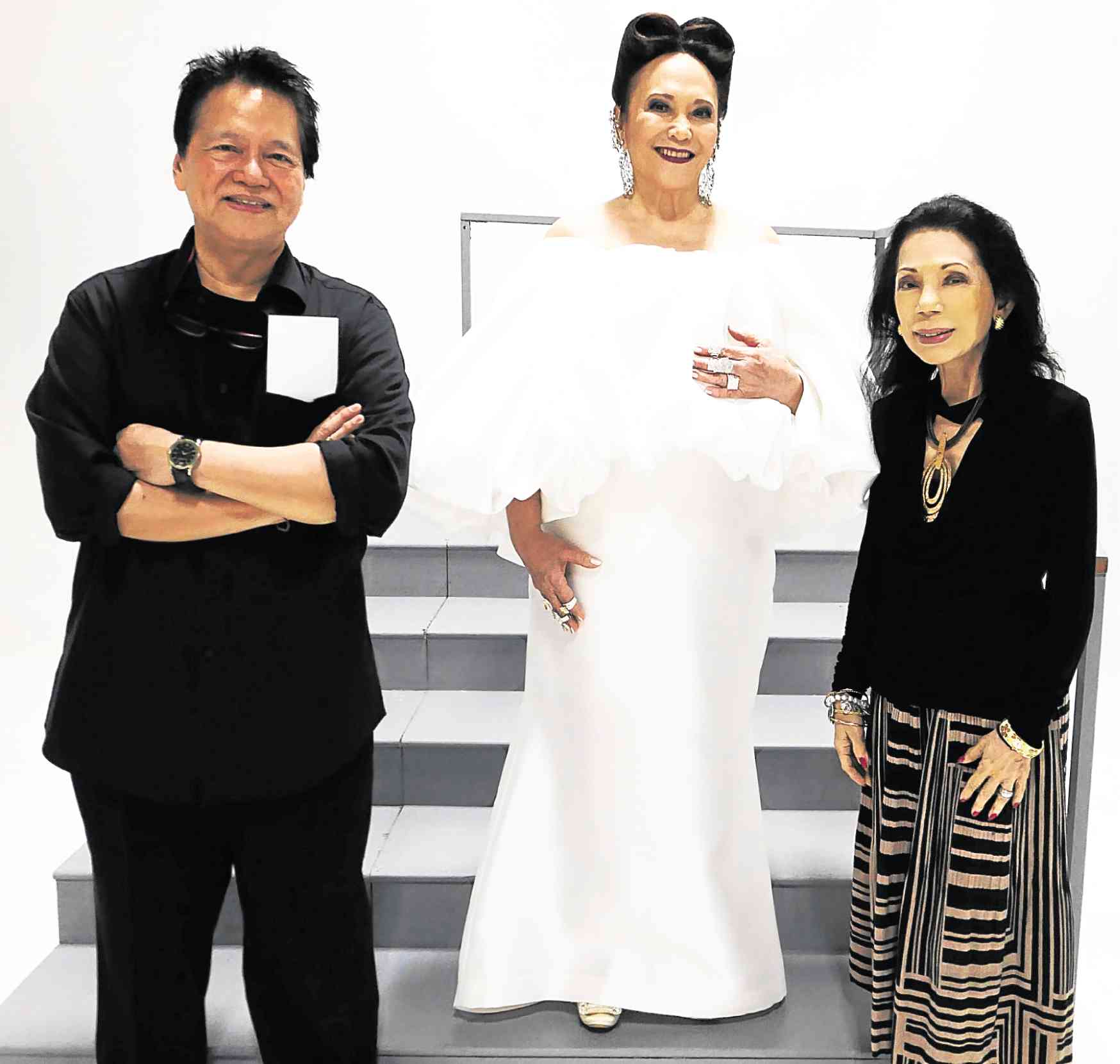 She writes, he shoots: Jacinto couple ‘Having a Ball’ with new society book

It has been said that coworking couples have the same enthusiasm for their work, and their different strengths are complementary.

That’s how photographer Rupert Jacinto and his wife, Tina, a social chronicler and travel writer, have become a fixture in social events.

In the past 10 years, Tina has been maintaining a society column for a major broadsheet with photos supplied by Rupert, naturally. To celebrate the decade of success, she has come out with a coffee-table book, “Having a Ball.” It is hefty by local standards—15” x 12” in dimension with 250 pages between covers.

They were photographed in separate sessions and digitized on the grand staircase in Casa Azucar in Bataan.

Rupert explained they were chosen for being high profile, well-established in their careers, beautiful and part of the glitz and glamour of the decade. There’s a question-and-answer portion that reveals a bit of their personalities.

The book also pays tribute to the grand dames Imelda Cojuangco, Mary Prieto, Chito Madrigal-Collantes, Priscilla Sison and Chona Kasten, all of whom have been photographed by Rupert in their prime.

Beyond the fabulous faces is a chronicle of social history. It covers the book launch of painter Betsy Westerndorp, sculptor Ramon Orlina’s exhibit. The book cites the big events by the Spouses of Heads of Mission, the Club Bulakeño, Society for Cultural Enrichment and the rival, Friends for Cultural Concerns of the Philippines.

It also chronicles ex-beauty queen and Cultural Center of the Philippines chair Margie Moran-Floirendo’s reenactment of her winning the Miss Universe in her 60th birthday party; the reception for chef Nobu Masuhisa at the Nobu Hotel; Nedy Tantoco’s exclusive New Year’s Eve Ball; and the grand launches of the casino hotels Solaire, City of Dreams and Okada.

A section includes the Jacintos’ trips to Versailles, Russia, South Africa and Danube.

Rupert said he has been taking photographs for the school newspapers in Ateneo High School and De La Salle University. He became a professional when he took a portrait of socialite Sison.

“I’m not good with dates,” he said when asked the year he started or how long he’s been married.

The Jacintos moved to New York where he established himself as photographer to the fabulous, taking portraits of the Rothschild banking family, baronesses, ladies of Fifth and Park Avenues and the likes of socialites Ivana Trump and Deeda Blair.

In Spain, he photographed the Duchess of Calabria and other marquesas.

Tina studied in Assumption and Maryknoll. While in New York, she covered some social events for a publication. Aside from her social column in a broadsheet, she also writes for Philippine Tatler Traveller.

Rupert’s and Tina’s parents were good friends. It was inevitable that their paths would cross.

As a team, they work together in covering social events.

The secret of their long marriage? “We respect each other’s space. We try not to prolong an argument and we communicate,” said Rupert. —CONTRIBUTED

“Having a Ball” will be launched on Oct. 23 at the City of Dreams Ballroom in partnership with the Advertising Foundation of the Philippines.