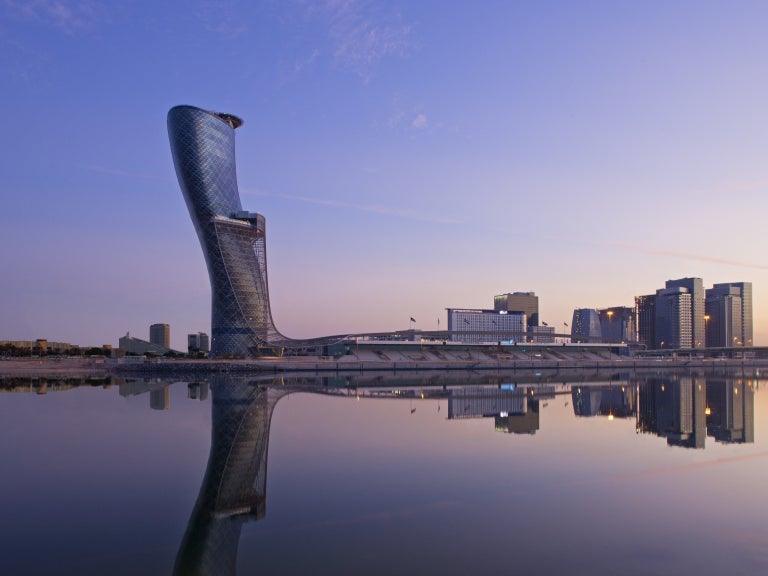 The doors have opened to what’s being called the world’s “furthest leaning hotel” in Abu Dhabi, United Arab Emirates.

Hyatt Hotels has officially opened the Andaz Capital Gate Abu Dhabi hotel in the iconic Capital Gate building, better known as the “Leaning Tower of Abu Dhabi,” an architectural feat that carves its own path in the sky by curving gently to the side at an 18-degree incline.

Guests can cool off on the outdoor pool deck located on the 19th floor and book a spa treatment at the Rayana Spa. KM