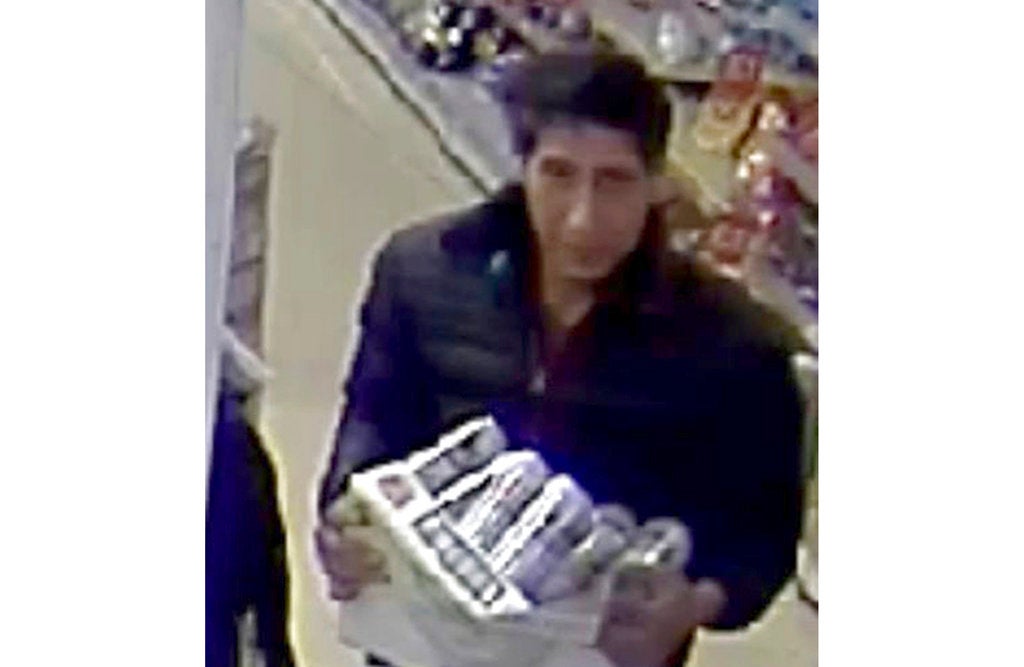 FILE - This undated file photo released Wednesday Oct. 24, 2018, by Britain's Blackpool Police, shows an alleged thief bearing a striking resemblance to Ross Geller, the character played by actor David Schwimmer on the TV show "Friends." British police said Tuesday Nov. 13, 2018, that a 36-year-old man has been arrested in London in their hunt for a shoplifter. (Blackpool Police via AP, File)

LONDON (AP) — British police say they have arrested a suspect in their hunt for a shoplifter who bears a striking resemblance to Ross Geller, the character played by David Schwimmer on the TV show “Friends.”

Facebook users noticed the similarity when police posted surveillance-camera footage last month of a man carrying a carton of cans from a restaurant in Blackpool, northwest England.

The actor responded with a Twitter video that showed him scuttling furtively through a convenience store clutching a carton of beer. Schwimmer wrote: “Officers, I swear it wasn’t me. As you can see, I was in New York.”

Lancashire Police said Tuesday that a 36-year-old man had been arrested in London on suspicion of theft. The force tweeted: “Thank you for the support, especially @DavidSchwimmer!” NVG