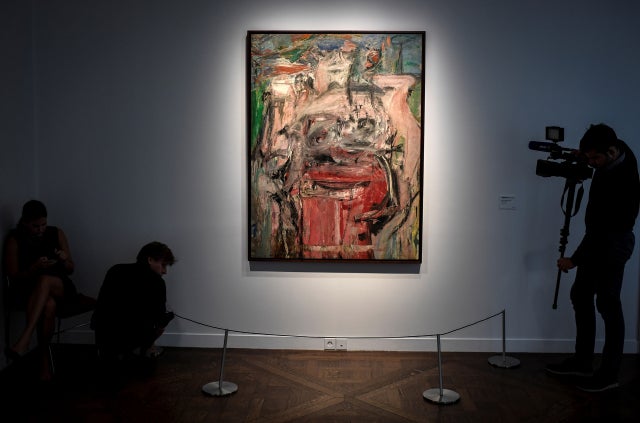 The jewel in the crown of the collection was the 1929 canvas “Chop Suey” by Edward Hopper, America’s most popular modernist, which sold for nearly $92 million on Tuesday evening.

The amount more than doubled Hopper’s previous auction record, $40.4 million paid in 2013 for “East Wind Over Weehawken,” and marked a staggering profit on the $180,000 Ebsworth paid for the work in 1973.

The combined sale of the entire Ebsworth collection, which took place as part of the bi-annual marquee art sales in the US financial capital, broke 24 auction records for different artists, Christie’s said.

Another leading light was Willem de Kooning’s 1955 “Woman as Landscape,” which sold for $68.9 million, also setting a new record at auction for the Dutch-born abstract expressionist.

Ebsworth died in April at the age of 83. He made a fortune in luxury travel after serving in the Army and being stationed in France, where he was a frequent visitor to the Louvre Museum, cultivating his love of art. AB

Forgotten artist from South Africa gets a retrospective show