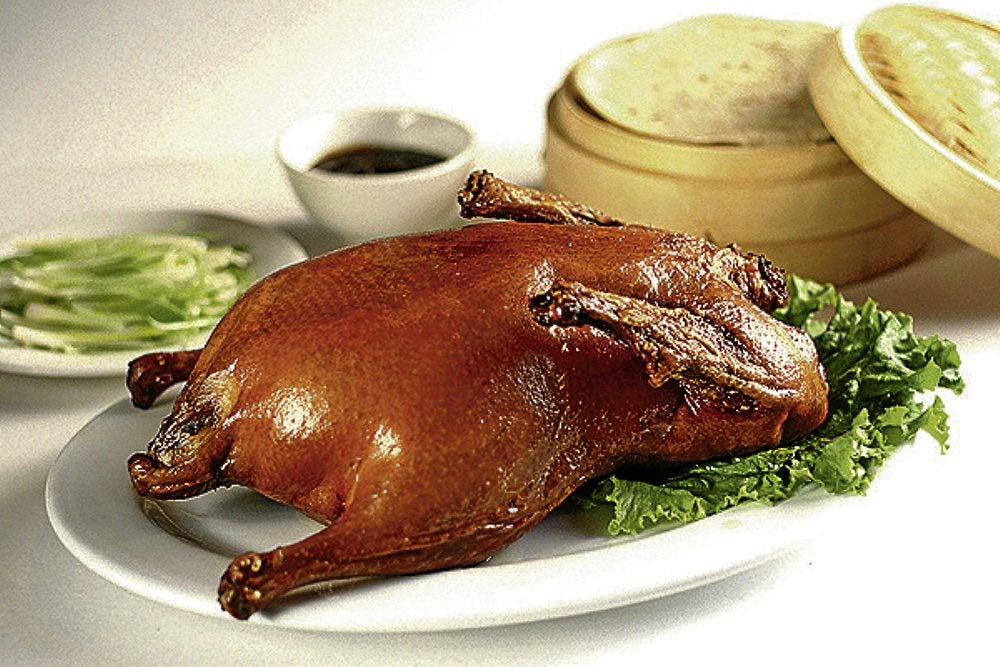 The Old Manila menu of “Tasting Australia” made me smile, when I began recognizing some of the enumerated bush ingredients. The one that rang a bell was lemon myrtle in the dessert, the cheesecake with macadamia nuts. Hmmmm.

It was at the same venue in The Peninsula Manila years ago when lemon myrtle was introduced to me by chef Andrew Fielke, who owned the Red Ochre Grill restaurant in Adelaide, South Australia.

The ingredient is a leaf from a big rainforest tree; the leaf smells like a strong lemon grass but looks like a mango leaf. That aroma was certainly there in that cheesecake and gave the dessert a citrusy flavor.

I’ve lost that Red Ochre menu to the waters of Tropical Storm “Ondoy,” but Fielke has a Tuckeroo food service Internet site where the other indigenous ingredients are photographed and explained. What I do still have with me is the Anzcham (Australia New Zealand Chamber of Commerce) award I got for writing that article on chef Andrew Fielke’s visit here.

The launch of “Tasting Australia” featured two unlikely meats— crocodile and kangaroo. As we took a bite, we stole glances at how our Australian tablemates from the embassy looked as they bit into their food. But I can tell you that the crocodile ceviche and tartare were hardly recognizable, looked like fish and, yes, tasted like it, and flavored with mango, pumpkin, beet, pomelo and pepperberry. The latter, according to Fielke, is a “dried fruit of the mountain pepper.”

Main dish was kangaroo loin, very lean steak-like pieces. The sauce had quandong jus, a kind of fruit that looks like a dried red plum. It was served with kumara, the native name for an orange-colored sweet potato dusted with dukka, an Egyptian dip that is a mix of herbs, nuts and spices.

But for most of us at the table, it was the yakajirri hollandaise on the asparagus that was a showstopper. Again, yakajirri is a spice mix where the main ingredient is bush tomato, giving the sauce a yellow orange tinge. It is a tribute to the two Pen chefs, Adam Mathis and Anthony Craven, that even the sidings get talked about. Mathis is the current executive chef at The Peninsula Tokyo, and is here just to cook for the festival. Craven is the chef of Escolta, the Pen’s buffet outlet.

Completing this Australian show was Sonja Vodusek, The Pen’s general manager, an Aussie as well who proudly opened the fest and who promised to have the outstanding bread with a mix of blue cheese in it available at the deli.

Some of us had an early Chinese New Year celebration when chef Yuan Chaoying visited from Shangri-La’s Kerry Hotel in Beijing to cook his specialty—Peking duck. He used to work at the 200-year-old Quanjude restaurant where the specialty is this crisp roasted duck.

The process of producing this special dish was taught me by my sister, who took lessons at a cooking school in Binondo. I remember being awed at how the duck had to be blown to stretch the skin and help separate skin from flesh. Blowing the traditional way was done by the teacher, she said. Students like her had a pump to do it.

At the Summer Palace of Edsa Shangri-La, restaurant manager Nancy Farm showed us how the duck as cooked by chef Yuan didn’t need extra flavoring. Here she asked the chef to cut off just the skin for us to taste, and she was right—the duck was good enough as is.

For a bit of sauce, hoi sin is used, but I was told  chef Yuan had to add some salted peanuts to the hoi sin sauce available, because it was too sweet for him. Double the pleasure, Nancy said, and here she combined two pancakes in one so that there was less carbo but more meat.

The duck is just one dish for the Chinese New Year’s feast. There will certainly be other dishes chosen because they are considered lucky. The reasons can be quite confusing for a non-Chinese speaker, since many of the ingredients should sound like gold or lucky or money. Something like that.

Nancy said  fish is considered lucky, but for landlocked places in China where fish is hard to get by or is expensive, it can take just a fish-shaped tikoy to increase your luck.

It’s too bad that chef Yuan finished his visit last Saturday. But Peking duck is still available at Summer Palace any time of the year. And I suppose the chefs here have learned how to make it even better from their visiting chef from Beijing.