Peta’s ‘Tagu-taguan’ revisited: Not for kids only | Inquirer Lifestyle 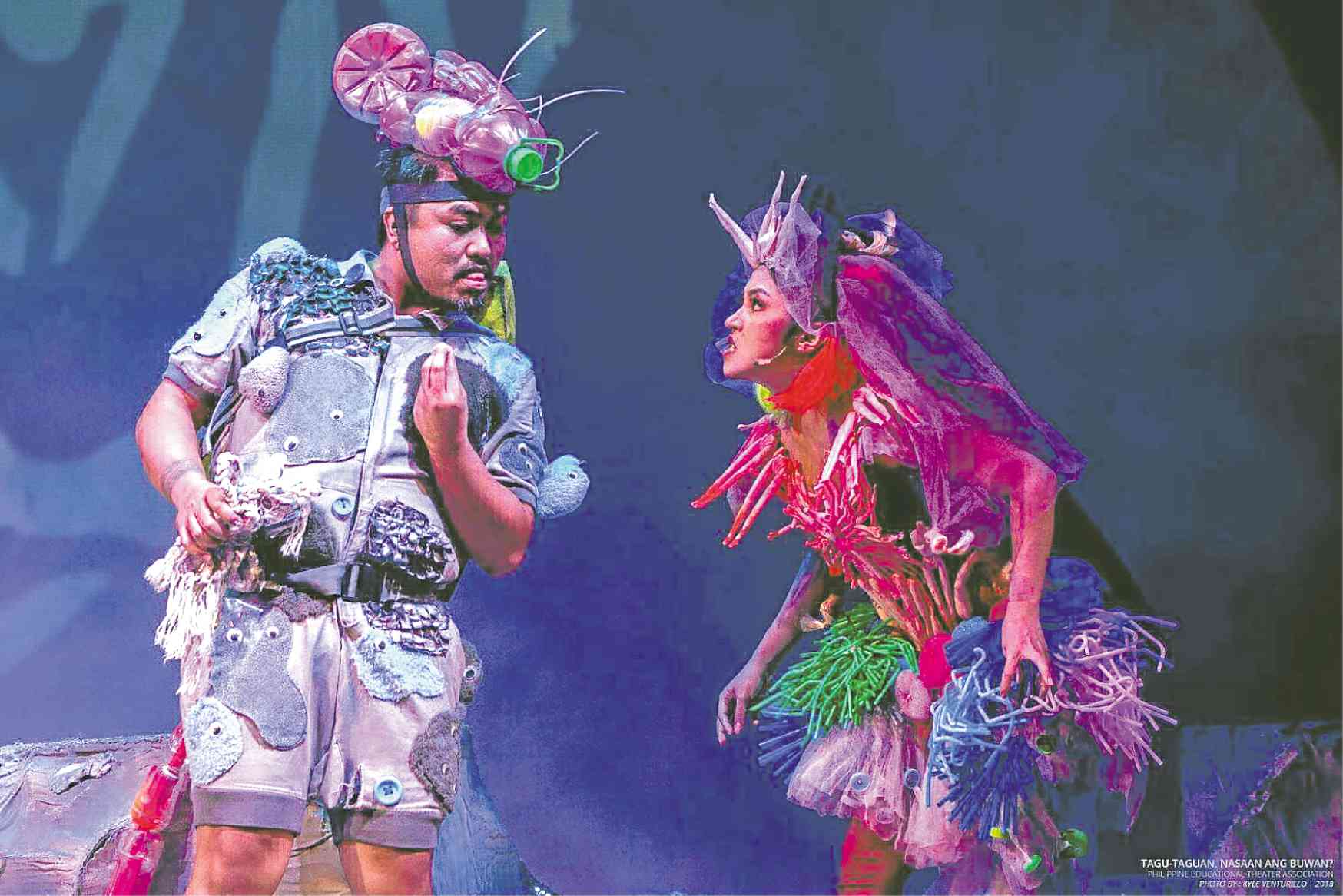 Peta’s ‘Tagu-taguan’ revisited: Not for kids only

Tagu-taguan: Nasaan ang Buwan,” the Philippine Educational Theater Association’s (Peta) modern take on the stories of Lola Basyang, may have been filling the seats with young audience, but older viewers can enjoy the romp too while dissecting its inner layers of meaning.

The rerun of the play written by J-Mee Batanyag has a lot to say about contemporary issues that are close to the Filipino family, such as dysfunctional relationships, kids being raised by digital nannies and parent-child dynamics. Yet it touches on all these themes without being preachy or heavy-handed.

In this play directed by Dudz Terana, the lessons just sneak up on the audience’s collective consciousness, while its funny bone is being tickled by snappy millennial dance numbers, the smart jokes that cut too close to home, and the nonstop banter among the energetic members of the ensemble.

What makes the material a standout among children’s plays is that the hero is himself a child. While on a visit to the province to attend to his ailing grandmother (Joann Co), the

9-year-old Popoy (Andrew Figueroa) is whisked into the Dilim-Dilim Land to save its once proud characters from a curse that has crippled their spirits.

A lot of these magical creatures have been based on Peta’s previous children productions, but newcomers who had not seen any of them will have no problem catching up.

The smart mouse has become a bumbling, voice-challenged rat (Roi Colilong); the fiery match lady hides in a closet (Teetin Villanueva), valorous sailors are imprisoned and made to walk on a desert (Angelo Lantaco, Gold Villar-lim); icons representing our national heroes have degenerated into pun-spinning buffoons (Gerhard Krysstopher, Victor Robinson); and a lovely princess degenerated into a Jekyll-and-Hyde stalker (Gab Pangilinan).

Figueroa is the heart and soul of this journey into a magical land which, as designed by Charles Yee, bursts into colors and turns lonely rocks into small sanctuaries without totally eliminating the huge shadows cast by the overpowering darkness.

There are still a lot of flashy visual items that appeal to a visually oriented crowd—giant puppets, shadowy figures on makeshift screen, mechanical toys—but they enter the drama only as needed.

The ensemble play each other off with a chemistry and a rapport that could have come only from having worked together for a long time.

What makes Figueroa engaging is that even as his character grows into a hero, he remains recognizable as the typical Filipino boy one easily bumps into the neighborhood sari-sari store. His naughtiness, loneliness, smart-aleck traits and vulnerability are all natural, with none of the enforced cuteness usually assumed by child thespians.

Ultimately, it is that naturalness that wins over the audience as Figueroa’s Popoy saves the magical creatures—and in the end, his own real-life family. The reconciliation between himself and his brooding, skeptical father (John Moran) and heartbroken grandmother strikes all the right notes without deteriorating into maudlin sentimentality.

That healing is the final spell of magic that Popoy brings over from the supposed fictional dreamland and, judging from the enthusiastic applause of the college audience at curtain call, it has spilled over into the audience as well. —CONTRIBUTED