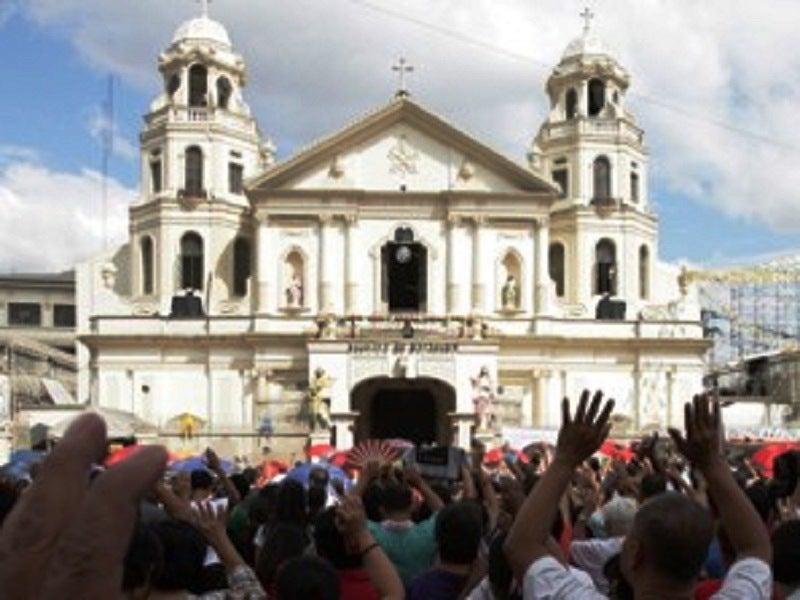 Most Christians do not bother to trace the origins of their religion, much less their beliefs and rituals. If they do, they might be in for the shock of their lives.

This column is not for people who are satisfied with what Church officials tell them. As the saying goes, “Let sleeping dogs lie.” Rather, this is for those who are intellectually curious and discontented.

The central event in the celebration of Christmas is, of course, the birth and life of Jesus Christ, considered a great prophet by Muslims, but as God by his followers.

Christians, especially Catholics, perhaps, have been led to believe that the story of Jesus, his birth, death and resurrection is unique, and that there is no other like him. I believed so myself, since I grew up in a Catholic family and studied in a Catholic school from elementary to college.

I read only books with the imprimatur or approval of the church, until my hunger for knowledge emboldened me to venture outside my intellectual comfort zone, and discover how shortsighted my religious education had been.

One of the things I discovered is that the story of Jesus Christ is not at all unique, that it could have been copied from some much older accounts of dying and resurrection of gods in ancient pagan religions. In fact, there are more than a dozen pagan gods whose stories seem to parallel Jesus’ life and death, although they preceded Christ by hundreds, or even thousands, of years.

At the heart of these teachings were myths concerning a dying and resurrecting god-man or demigod, who was known by many different names. In Egypt he was Osiris; in Greece, Dionysus; in Asia Minor, Attis; in Syria, Adonis; in Italy, Bacchus; in Persia, Mithras.

Let us take a closer look at the parallelisms.

1) Tammuz (2,000 B.C.) was a Mesopotamian god of fertility. His father was the Sumerian God Enki and his consort the goddess Inanna (Ishtar).

March and April mark the death of Tammuz. Tammuz died at the hands of Inanna, but she eventually brought him back to life. He died to save people from starvation and death. Like Jesus, Tammuz was called a shepherd. He died during the summer solstice but lived again in winter. He spent half a year in the underworld and the other half among the living.

2) Osiris (2,500 B.C.) was the most important god of ancient Egypt. His father was God and his mother a mortal virgin. He was born in a cave on Dec. 25, before three shepherds. He died at Easter time for the sins of the world. He descended into the underworld, and on the third day rose from the dead. His followers await his return as judge during the Last Days.

According to noted Egyptologist E.A. Wallis Budge in “Osiris and the Egyptian Resurrection”: “The central figure of the ancient Egyptian religion was Osiris, and the chief fundamentals of his cult is the belief in his divinity, death, resurrection and absolute control of the bodies and souls of men.”

3) Attis (1,200 B.C.) was born on Dec. 25. His mother was the virgin Nana. He was slain by a boar, but other stories say he was crucified on a tree from which his blood ran down “to redeem the earth.” His grave was found empty. He resurrected on March 25.

4) Mithra (or Mithras, 1,200 B.C.) was born of a virgin on Dec. 25, had 12 disciples and performed miracles. He died and then resurrected after three days. His day of worship is Sunday. The cult held many secret rituals. The cult of Mithra was widespread in ancient times.

5) Jesus Christ (325 A.D., the date of the First Council of Nicea, where the Christian church declared him to be both God and man). Jesus’ father was God and his mother a mortal virgin. He was born on Dec. 25 in a cowshed before three shepherds. He performed miracles and was crucified, and then descended into the underworld. On the third day he rose from the dead. His death and resurrection are celebrated by bread and wine. His followers await his promised return.

When the early Church fathers learned of the much earlier stories of the pagan dying and resurrecting gods, which were similar to that of Jesus Christ, they blamed the devil for the “deception.” Tertullian, a prominent Christian historian and apologist, declared that “the devil had plagiarized Christianity by anticipation in order to lead people astray.” The devil simply copied his life in advance and created the myth of Osiris, Mithras, etc. What could be more absurd than that?

Present-day Christian apologists argue that the similarities between the story of Jesus Christ and the pagan  gods are superficial. They maintain the uniqueness of the story of the Christ, so the controversy continues to this day.

The controversy has revived the old question of whether Jesus really lived on earth, or was merely a myth, because there is hardly any mention of his existence outside the four canonical gospels.

Another view is that Jesus was really just a creation of the Flavian Emperors Titus Vespasian and Domitian to counter  Jewish militarism. How could such a man of miracles be ignored by ancient contemporary historians?

In contrast, Buddha, who lived some 500 years before Jesus, had a complete personal biography attested to by historians.

Was Jesus just a myth created by early Christian gospel writers, or was he a real historical individual who lived among us 2,000 years ago?

I believe what the spirit entity called Seth, whom Jane Roberts channeled in the ’70s, said: “Jesus was really a myth who became a reality in your world.”

The new edition of my best-selling book, “Soulmates, Karma, and Reincarnation,” is now available in all branches of National Book Store.