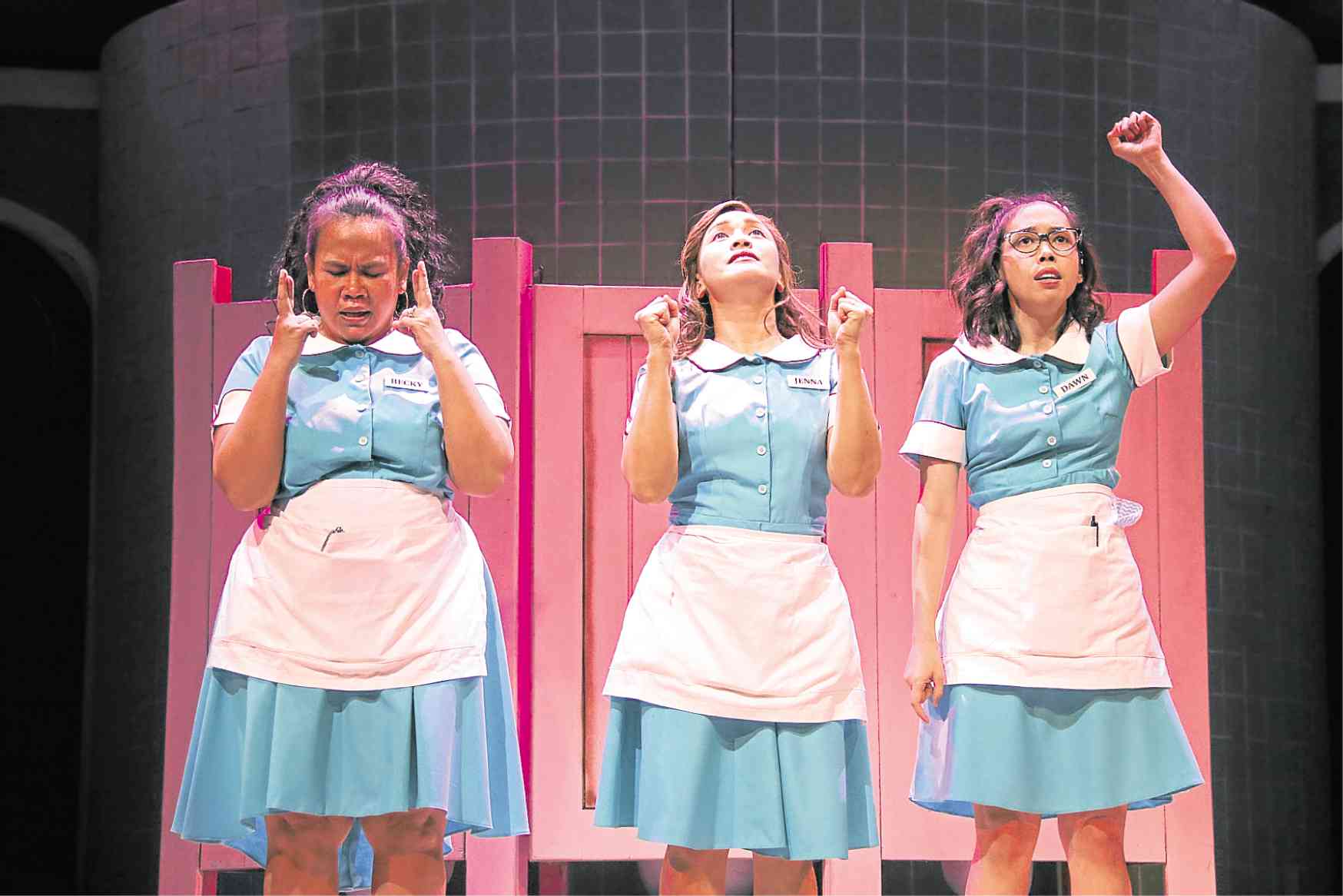 A boomer, a Gen X and two millennials took stock of the past 12 months in Manila theater. The result is this first collective appraisal by our Theater reviewers since Lifestyle began its Theater section six years ago, under Theater editor Gibbs Cadiz.

Two realizations: First, it’s been an extraordinary year for the original Filipino musical, three of which made our roster of outstanding productions.

This roundup presents our choices alphabetically.

—which follows two New People’s Army activists during and after the Marcos years—was fiery, stunning theater, its evocations of the imagined past collectively becoming another galvanizing battle cry to “never forget.” —VINCEN GREGORY YU

“Nagwawalang Gubat,” Luarca’s adaptation of Caryl Churchill’s “Mad Forest,” a three-act chronicle of Romanian dictator Nicolae Ceausescu’s ouster, proved to be a must-see with its surprising acuity, power and fury. Directed by JK Anicoche, the student cast from the Philippine High School for the Arts was a powerhouse ensemble whose abilities equaled those of seasoned university theater actors. —CL

The Sandbox Collective’s “Lungs”—90 minutes of virtually nonstop communication and miscommunication covering cradle to grave—beautifully explored a tough but authentically affecting relationship, with a contemporary script that was LOL-funny as it was wrenching. Andrei Pamintuan’s minimalist production was amazingly effective in portraying the emotional and psychological odyssey of its protagonists, carried off with flair by a charismatic duo-cast. —AH

First, three vital performances from three reruns: Shaira Opsimar as the new Aileen in the sixth run of “Rak of Aegis”; Marco Viaña as the definitive John Proctor in TP’s “Ang Pag-uusig”; and Mikkie Bradshaw-Volante, doing wonders with just a single song in ATEG’s “Kinky Boots.”

Second, three featured performances that all but ran away with their respective shows: the comic geniuses Carla Guevara-Laforteza (“Rapunzel! Rapunzel! A Very Hairy Fairy Tale”) and Bibo Reyes, who made a star turn out of “awkward, philandering gynecologist” in “Waitress”; and Kakki Teodoro’s weave-snatching town prostitute in “Himala.” —VGY

10 artistic and technical standouts of 2018

Director of the year

One name consistently popped up in our individual lists: Ed Lacson Jr., in what qualifies as a career-high work, his bare-bones approach to “Himala” bringing forth sensational performances and the tangible barrenness of a wretched place.

Next, Guelan Luarca for “Desaparesidos,” though he was already honored in this same space two years ago for that play’s initial version.