How hypertension and diabetes can lead to dementia | Inquirer Lifestyle 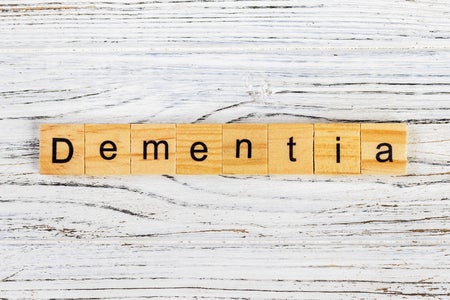 How hypertension and diabetes can lead to dementia

This week, we’re commemorating the first death anniversary of Dr. Ramon F. Abarquez Jr., an icon of cardiology in the Philippines.

He was 89 when he died, and his mind remained sharp to the end.

He was perceptive and insightful in his medical commentaries which he wrote for H&L (Health and Lifestyle) magazine. He never missed his deadline for his column even during the last seven months he was confined in the hospital. He always had at least three articles banked in advance.

When he knew he was down to his last banked article, he told me he’d submit another one. I reminded him he needed complete rest. He replied, “I told you I won’t miss a column for as long as I’m alive.”

Even when he was in pain and experiencing all sorts of discomfort, he patiently dictated his article to his wife, Agnes, who was also his nurse. They would then send the transcription to us.

There was no trace of pain, uneasiness or bitterness in his final column—just a passion to share one’s rich expertise and insights on how to deal with cardiovascular problems.

He was inspiring until the very end. We miss him so much.

Dr. Abarquez came to mind this week when I was discussing the subject of dementia and Alzheimer’s disease with noted neurologist Mon Marasigan, head of the Jose Reyes Memorial Medical Center’s (JRMMC) Department of Neurology.

Preventing dementia in the elderly was one of Dr. Abarquez’s advocacies. He advised his elderly patients and colleagues to remain active mentally and to keep on doing things they enjoy and are passionate about. For him, to continue being excited and enthusiastic about what one does is an effective antidote to dementia.

Dr. Marasigan has also published scholarly papers on the prevalence and clinical features of dementia and Alzheimer’s disease in the Philippines.

These diseases, especially dementia attributed to aging, are more common than we think. The problem is that many cases, especially in its early stages, are dismissed as a normal part of aging.

The symptoms of dementia may include:

Lapses in memory, particularly remembering recent events, like who they just met or what they ate in their last meal;
Difficulty focusing or concentrating;
Irritability or confusion;
Changes in personality or behavior;
Depression, apathy and avoidance of social interaction;
Difficulty in doing common tasks one easily did before.

If you’re in late middle age or your senior years and are experiencing any of the above symptoms, it may be wise to consult a neurologist for an evaluation.

Hypertension and diabetes
—both of which cause progressive narrowing of the arteries, called atherosclerosis—are two of the major risk factors that could lead to dementia.

But if these risk factors are aggressively treated and controlled, there’s a good chance the onset of dementia could be delayed, if not prevented.

So, if you’re hypertensive or diabetic and not strongly motivated to take your prescribed pills since you don’t feel any symptom yet, preventing dementia in your later years should be a good motivation now.

For doctors and healthcare professionals interested to learn updates on how to prevent dementia, Dr. Marasigan and his colleagues at the JRMMC Stroke Service and Memory Center have organized the 1st Vascular Behavioral and Cognitive Disorders (VasCog-Philippines) Congress on Feb. 23 at Seda Hotel, Vertis North Edsa, Quezon City.

This whole-day congress will be attended by foreign and local experts. The congress is expected to be highly interactive.