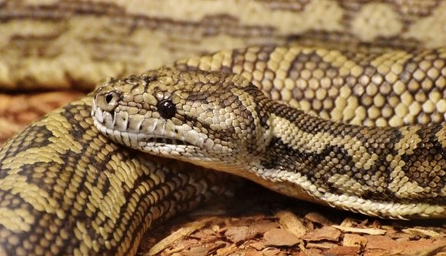 Woman’s butt gets bitten by python while using toilet

A woman in Brisbane, Australia, who was was answering the call of nature got an unexpected  surprise when a snake lodged in the toilet bowl bit her butt.

Helen Richards said that when she went to her bathroom on Tuesday, she thought she did not need to turn on the lights since she would not stay there for long, local media Gold Coast Bulletin via news.com.au reported.

While using the toilet, she quickly jumped as something bit her in the butt. “I jumped up with my pants down and turned around to see what looked like a longneck turtle receding back into the bowl,” Richards said.

However, what had bitten Richards was not a turtle, but a 1.6-meter-long carpet python.

Local snake catchers in Brisbane quickly responded to the call to pull the snake out. They also shared a photo of the snake stuck in the toilet on their Facebook page.

A 'CHEEKY' VISITOR!On Tuesday afternoon, we got a call from a customer in Chapel Hill, who was admittedly quite…

“The snake was safely removed and relocated, and the customer handled the situation like an absolute champ, having a sense of humor about it the entire time,” the post read.

The post added that because of  what happened to Richards, her toilet habits have “forever changed.” “Lights will be on, and she will always give the bowl a quick glance before sitting down,” the post said.  Katrina Hallare /ra