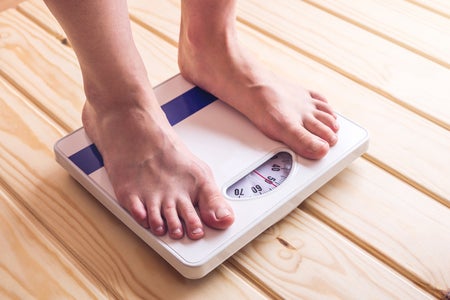 Lunar New Year is right around the corner and some students in China have been warned that overindulging is a no-no, lest they prefer enforced exercise sessions to lose the holiday weight gain.

One teacher, Chen Wei, from the Hangzhou No. 3 Middle School in Zhejiang, China thought it apt to raise awareness about his students’ health by posing a rule for the class. If they gain more than four pounds (2 kilograms) during the Lunar New Year holiday, they shall endure a daily run for the entirety of the next term, as per Qianjiang Evening News via South China Morning Post on Jan. 29.

According to Wei, he thought up the idea while wandering around the mall with friends.

“I saw a weighing scale and suddenly had an idea,” Wei was quoted as saying. “I wanted the students weighing themselves before the holidays and give them an awareness of the risks of putting on more weight later on.”

Wei’s thirteen- and fourteen-year-old students were thus weighed in class when Monday came, Jan. 28. The activity was met by his students with mixed reactions; while some found no issue with being weighed, others said people use the holidays as the time to feast.

One student in particular said it would be difficult to avoid gaining weight during the holidays because it is the time people eat a lot and do little exercise.

A certain Zhang Lijia, however, said that most of them are in the standard healthy range anyway. “It’s just getting weighed,” Zhang said in the report. “What is there to be scared of?”

Meanwhile, student Wang Hang vowed to control his portions during this critical time.

“The food they serve in the school canteen is really tasty, I eat five people’s portions almost everyday,” Wang told the publication. “I must control my portions, I will try to limit my meals to two or three bowls of food.”

Mixed reactions were also evident on Chinese social media. While others agreed it is a good thing to make the students aware of their health, some thought it was normal for adolescents’ weights to fluctuate. Cody Cepeda/JB