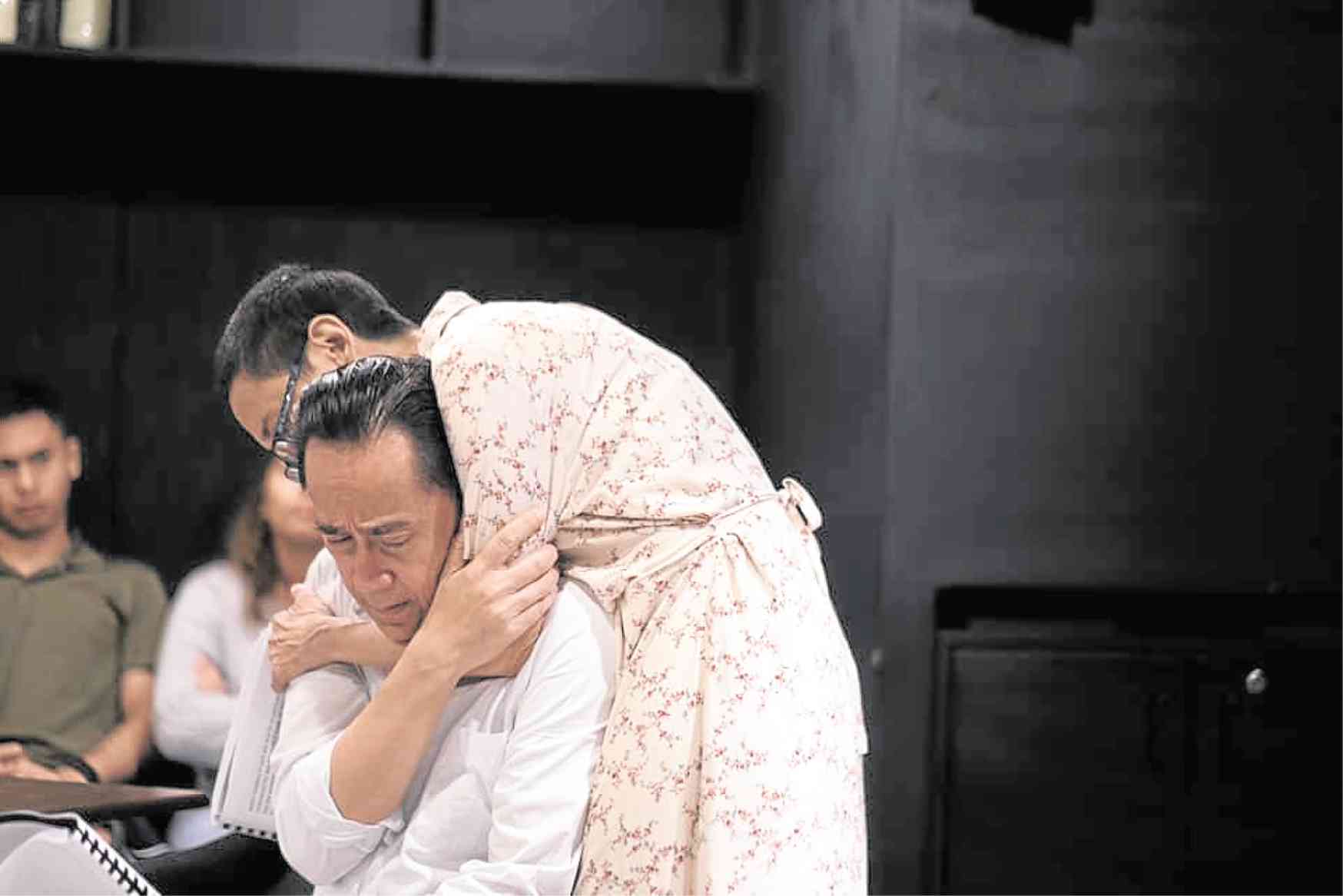 Audie Gemora and Tami Monsod in “All My Sons” —REB ATADERO

Under the more than capable hands of directors Nelsito Gomez and Wanggo Gallaga, Arthur Miller’s American classic, “All My Sons,” becomes painfully provocative Philippine drama that cuts close to home.

The intimacy of the Pineapple Lab theater removes the usual physical boundaries between the audience and the Company of Actors in Streamlined Theatre (CAST) ensemble. What starts out as a simple cast reading becomes a too-close-for-comfort scenario where the souls and hearts of your friendly, unflappable neighbors are laid bare and dissected.

In the final gripping scenes, the actors drop their handheld scripts to confront each other.

The audience follows suit at that point. The safe haven offered by the post-World War II setting in the American South is replaced by uncomfortable questions that resonate in 21st-century Philippines: If society was caught in a crisis, ultimately, which would you choose: your family or your country?

And in case one is automatically tempted to answer he would choose the narrow road, the sterling cast shows that the right choice can come at a high price that is beyond recovery.

Audie Gemora departs from his larger-than-life roles and shrinks physically and emotionally as the guilt-ridden Joe Keller. But underneath those perpetually haunted eyes and unflattering paunch is the sly charming salesman who can lower anyone’s defenses, from an angry surrogate son  (George Shulze) to a skeptical judge.

Tami Monsod shatters the stereotype of the grieving, sentimental mother to reveal a ruthlessly manipulative matriarch who will protect her family at any cost. The couple is trying to win over their idealistic son Chris, played by Mako Alonso, who blends in the ensemble as the sheltered heir but breaks out as the one unambiguous but agonized moral center of the play.

Better than holding their own against this complex trinity are stage siblings Shulze and Mikkie Bradshaw-Volante. The latter eschews the romantic-foil approach to emerge as a fiery, willful woman with her own agenda. Shulze’s chameleon-like performance commands attention, as he emotionally shifts from lonely wistful orphan boy to vindictive avenger in just a few seconds.

The other supporting characters (Cris Villonco, Bym Buhain, Elliot Miranda, Sophie Bradshaw-Volante) are not dismissed as backdrops, but raise the emotional and moral stakes being exacted from the Kellers.

Robbie Zialcita’s Dr. Bayliss gives the single most damning confession in the play: “I am a good husband. Chris is a good son.”

To truly appreciate the depth of those seemingly virtuous words requires embarking on this complex, harrowing journey with Miller’s characters. This CAST performance and direction demand a return trip, and if possible, as a full theatrical production. —CONTRIBUTED