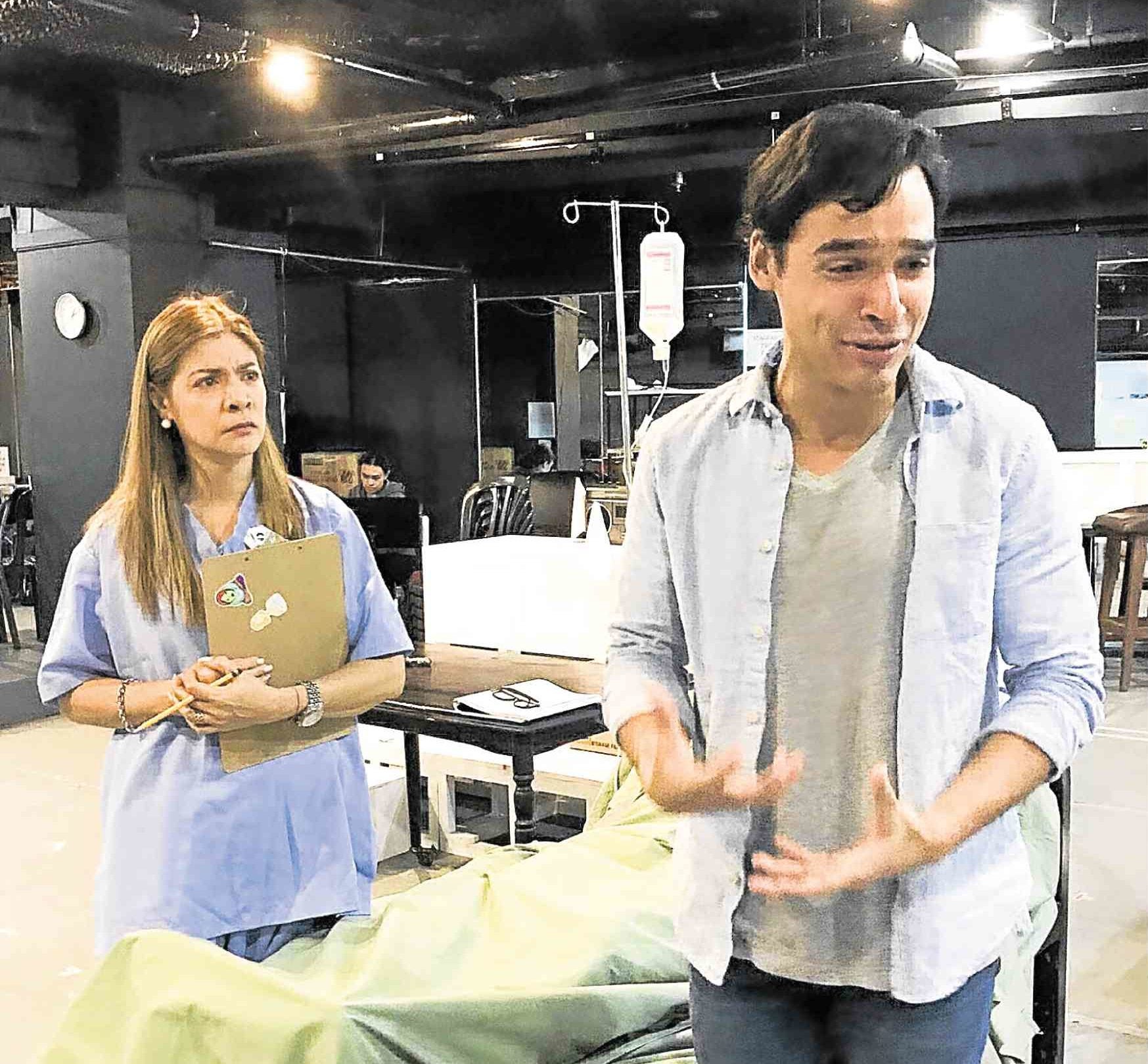 The issues at the front and center of Tony Kushner’s award-winning “Angels in America: Millennium Approaches”—HIV, AIDS, and the gay culture—might be more understood and acceptable today than when the playwright wrote his material 30 years ago, and its message remains powerful and poignant.

Bobby Garcia, the Atlantis Theatrical Entertainment Group artistic director, puts it, “Choose life and hope, no matter how insurmountable the odds are. All the characters in the play do.”

Garcia is directing the first part of “Angels in America” again, and his newer production is set to open March 22.

He says that he has deeper grasp of the material now, than during his first mounting in the late 1990s. “My approach to it is the opposite of death—it’s about life and hope, in the face of death and despair. How do we live, with the limited amount of time? Before, you’d take everything for granted because you have enough time. Now, what are the choices we make with our life?”

The choices are not easy to make when the grim scenario one faces is saddled with doubt and the maddening lack of information.

The couple at the centerpiece of Kushner’s opus, Prior Walter (Topper Fabregas) and Louis Ironson (Nelsito Gomez), confront the spread of the AIDS epidemic just when it is starting. Their friends are dying slowly one by one, the lack of any cure forcing them to wrestle with their own mortality. The Establishment could not help, either due to ignorance, lack of commitment, or both.

Fabregas says his character, a flamboyant trust-fund kid who never had a hard day in his life, “grows a lot. He has had no filter in life before and now he has this crisis.”

The choices that Walter does make will determine the course of the play’s sequel, aka “Angels in America: Perestroika,” and have a major impact on the other characters.

In this first part, Ironson, an Orthodox Jew who is just beginning to grapple with death in his own conservative family, falters under the strain. Gomez welcomes Kushner’s portrayal of his character as a flawed, all-too-real human being. He says, “Walter was everything that my character Louis wanted to be. Then when Walter gets the disease, Louis cracks. He asks himself if he should stay with his lover or leave. He’s very tortured, trying to get in control but can’t and leaves.”

One persona who will try to make sense of this turmoil—to the characters and to the audience—is the ephemeral angel played by Pinky Amador. Amador maintains that her harness-strapped role is simply the messenger who functions like an eye-opener. Yet at the same time, she hints that the heavenly being may be wearing a far different robe (in more ways than one) than the traditional Judeo-Christian perspective.

“Let’s just say that there will be a paradigm shift with all these characters who are at the brink and on edge,” Amador hints at what’s to come.

Gomez believes that the angel can represent “changes in people’s life which they can’t control.”

Garcia adds that the manifestation of the angel is also a lens that gives a bigger and possibly more radical picture: “The cosmology and magical realism will allow the audience to experience this show in a relevant manner. It will help them see the parallelisms then and now in a cosmological sense as well. They are not just diluted to history but will be dealing with ghosts, angels and spirituality.”

Not surprisingly, the themes of inclusivity and acceptance of diversity, which are always present in every Atlantis production, will pervade in this “Angels.” Garcia continues, “It’s about community and how do we live with each other and make peace despite our differences. Right now, we like to really point out how different we are from each other, and how we don’t get along, instead of finding our common ground. This place is about migration, and that we have to move.”

Garcia reveals that the passing of both his parents was crucial to his journey as an artist and a person, and some of those lessons can have a mark on this current production. He says, “When you both go through a parental death—my mom died in 2009, my dad in 2007—you realize there’s no ceiling above you anymore. You have to deal with all these realities. It forces you to reconsider the elements of your life.”

At the same time, though, he says that unlike the characters in his play, growth does not have to come always through a crisis or angst-ridden turning point. He says, “Any person who keeps creating keeps discovering  new things. I haven’t personally experienced an ‘aha!’ moment. What I have experienced is looking at the same view in my travels, and realizing, for example, why am I paying attention to the blue and not the green? In a general, more concrete way, the older you get, the more you celebrate the liberties of your choice. I am making this choice because it’s the choice that’s true to me. And you’re happy with and comfortable with those choices.”

Ironson, Walter and the other characters in the first part of “Angels in America” might not be enjoying that equilibrium just yet, but Atlantis’ production might usher their audience to that juncture. —CONTRIBUTED