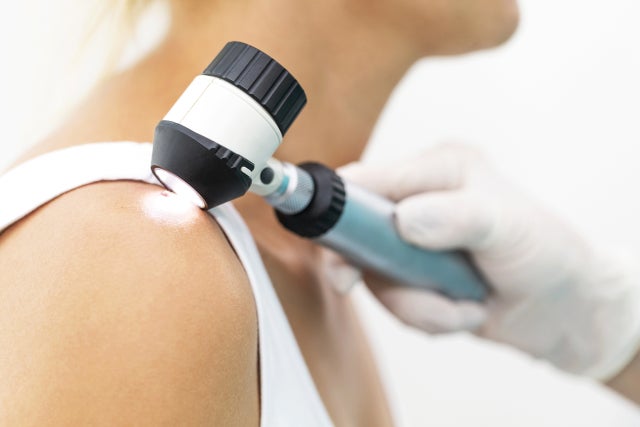 A high number of moles is the highest risk factor for melanoma, said the researchers. Those who have red hair, freckling and pale skin that burns easily are also at a greater risk of melanoma. Image: zoranm / Istock.Com

Having red hair and many moles increases the risk of melanoma, finds study

New Australian research has found that individuals with a combination of red hair and more than 20 large moles have a significantly increased risk of developing melanoma, one of the deadliest forms of skin cancer, compared to those who have just one of these physical traits.

Carried out by researchers at the University of Queensland, the new study looked at 1,267 patients taking part in the Brisbane Nevis Morphology Study, 50 percent of whom have had melanoma.

The researchers examined the participants’ pigmentation characteristics, total amount of moles above 5mm, and their hair genotype, including the MC1R gene for red hair.

The findings, published in the British Journal of Dermatology, showed that those with both red hair and more than 20 large moles have a one in four chance of developing melanoma in their lifetime.

In addition, people who do not have red hair but carry the variant gene for it also have an increased melanoma risk if they have a high number of moles.

A high number of moles is the highest risk factor for melanoma, said the researchers. Those who have red hair, freckling and pale skin that burns easily are also at a greater risk of melanoma.

“Independently, having red hair and lots of large moles over 5 millimeters in diameter are both known risk factors for developing melanoma,” said Associate Professor Rick Sturm. “People with red hair have a risk two to four times higher, while those with many large moles are five times more likely to develop melanoma than the general population.”

“But put the two risk factors together and the risk of developing melanoma isn’t simply added, it’s multiplied.”

Dr. Sturm advised those with a high numbers of moles to have regular physician-based skin checks, especially as they may be unaware that they also carry the gene for red hair.

“It’s estimated that 25 per cent of the general population carry the gene for red hair,” explained Dr. Sturm. “So there’s a need to boost awareness of the increased risk of developing melanoma for those who also have lots of moles. By keeping a closer eye on any skin changes in these high risk individuals, we can improve the chances of early detection of melanoma.” NVG