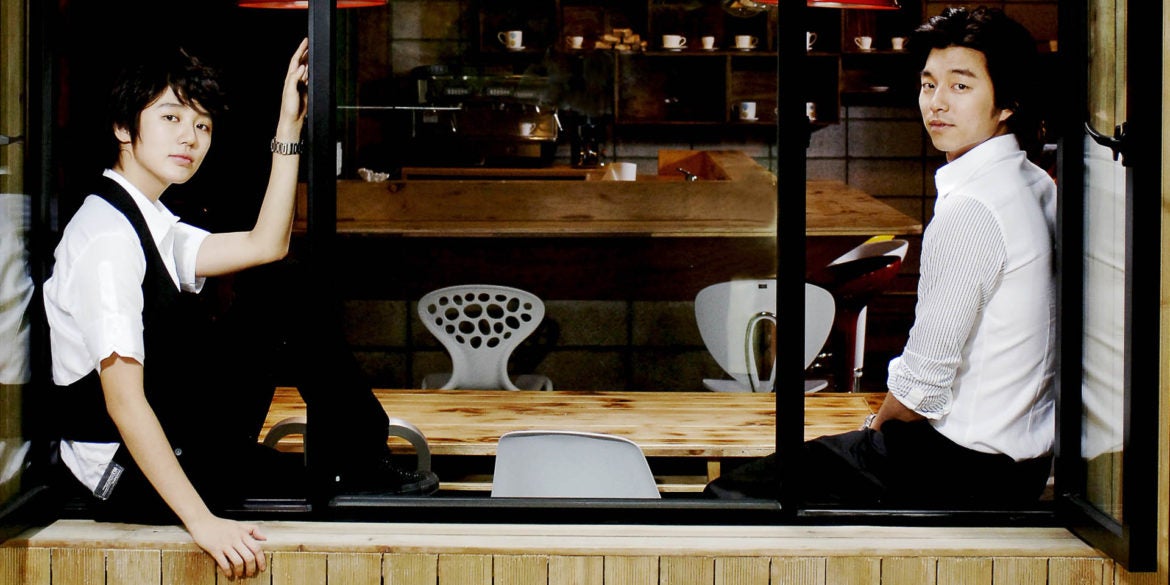 Some K-dramas are worth bingeing on for the second or  third time around. We were so excited to discover that Netflix added a lot of K-drama titles recently. Prepare your chopsticks and ramyeon  because you will not be getting up from that couch anytime soon.

This fantasy drama is a remake of the film with the same name.  An actress physically transforms into another person for one week every month. She meets an airline executive suffering from prosopagnosia or face blindness.  It stars Seo Hyun-jin (“Dr. Romantic,” “Temperature of Love”) and Lee Min-ki (“Because this is my first Life”). 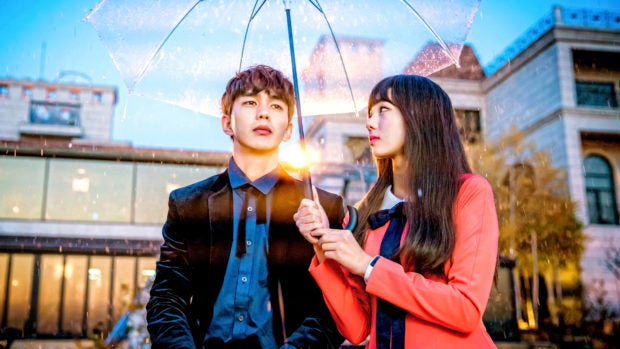 If you have not already, prepare to fall in-love with Chae Soo-bin in this drama.  Her character Jo Ji-ah pretends to be the robot Aji-3. She needs to stay with investor Lee Min-kyu (Yoo Seung-ho) a few hours everyday to do chores and take care of him.  Aji-3 is the only one who can go near him because the handsome millionaire is allergic to human beings. Really, he breaks into hives with a single touch from another person.  It is a fun watch from start to finish. 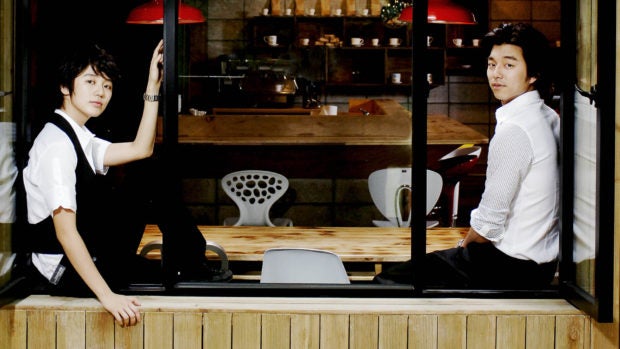 This drama is the reason why your K-drama addict friend/girlfriend/boyfriend dragged you to a coffee shop in Hongdae, Seoul. Gong Yoo (“Goblin”) is Choi Han-kyul, owner of the coffee shop.  He only hires men to attract female customers. This is how he ends up hiring Go Eun-chan (Cha Eun-hye) who he didn’t know is a woman. It’s hilarious watching him fall in love with her and getting confused with his sexuality. For all the thirsty viewers out there, Gong Yoo shows his abs in this drama. 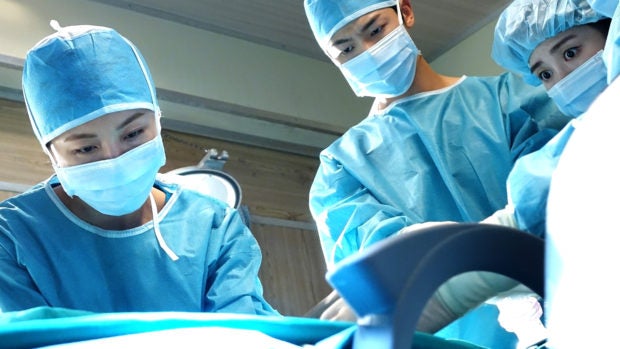 This K-drama is headlined by Ha Ji-won (“Empress Ki”).  She plays Song Eun-jae, the lead surgeon of the hospital ship that visits rural villages to provide medical care. Kwak Hyun (Kang Min-hyuk) joins her as another famous surgeon who volunteered to join the crew.  Kim Jae-gol (Lee Seo-won) joins the mix as an oriental medicine doctor. 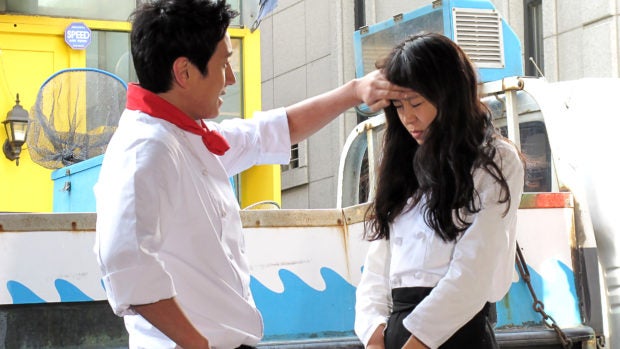 Seo Yoo-kyung (Kong Hyo-jin) has been fired so many times in the kitchen because the head chef (Lee Sun-kyun) detests women.  Yet, she finds a way to be back in the restaurant because she desperately wants to learn Italian cooking. In the end, she successfully gets hired permanently. But she must learn how to deal with the chef. 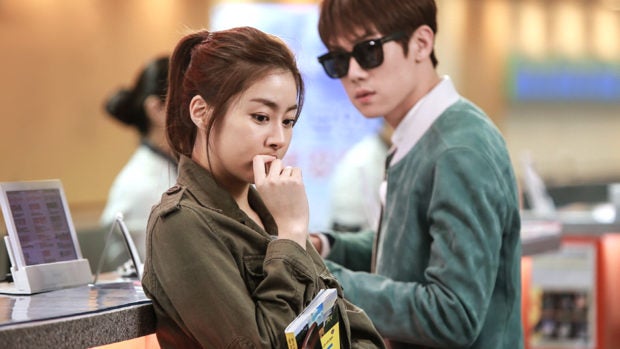 Jeju is the idyllic setting for this romance about a girl who goes to the island to start over. But things does not even seem to go her way even on the island.  The house she moves in looks like dump and her next door neighbor annoys her. Yoo Yeon-seok (“Mr. Sunshine”) and Kang So-ra (“Dream high 2”) are the stars of this Hong sisters drama.

READ: “The men of Sunshine” 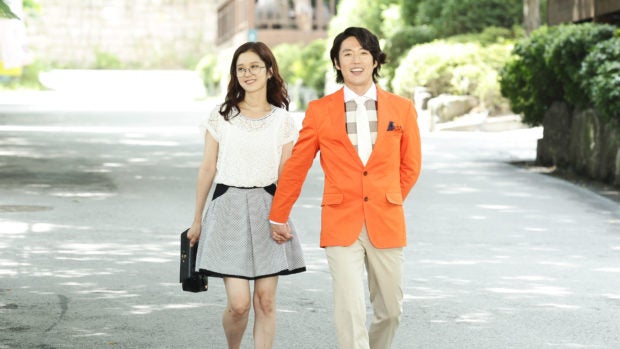 This remake of the Taiwanese drama follows the same storyline as that “Fated to love you.”  Jang Na-ra is Mi-young the pushover. A series of events made her end up sleeping with Lee Gun played by Jang Hyuk.  She got pregnant and they were forced to get married. That’s just the first two episodes. 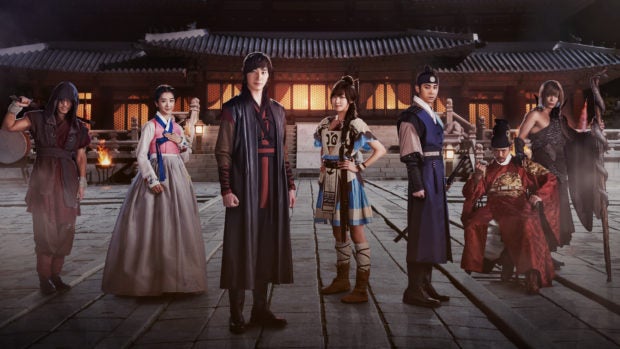 Joseon court intrigue and vampires sounds deliciously tempting.  This drama stars Lee Joon-gi as the vampire Sung-yeol. What makes him different from other vampires is that he can walk even in daylight.  Lee Yu-bi plays the bookseller Seo-jin. She crossdresses as a man after her father was framed for treason. Their paths meet and our story begins. 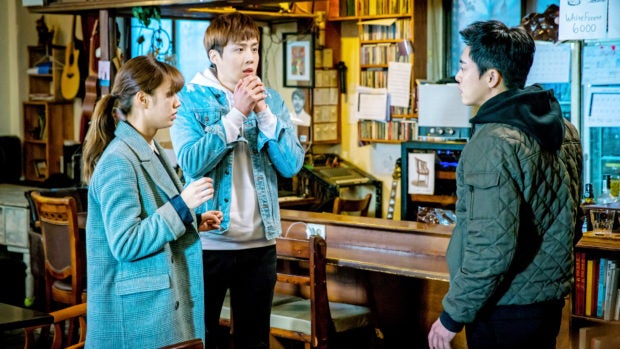 Jo Jong-suk plays a dedicated detective who gets possessed by the spirit of a conman.  The detective and the spirit works together to solve cases. Girl’s Day Hyeri plays the reporter that the detective falls in-love to. 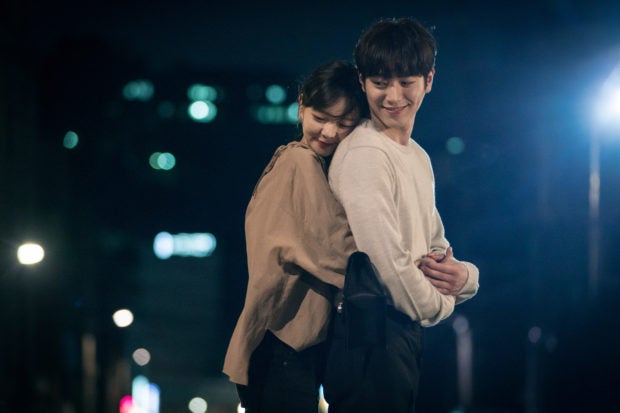 Care for a “Harry Met Sally”-esque story?  The new Netflix addition sounds right up your alley.  “Third Charm” is about meeting one person at different stages of your life.  Seo Kang-joon from the “Are you Human?” drama is the lead for this K-drama.  His character starts out as bespectacled, brace-wearing college nerd who goes on a blind date with an impulsive hairdresser trainee. 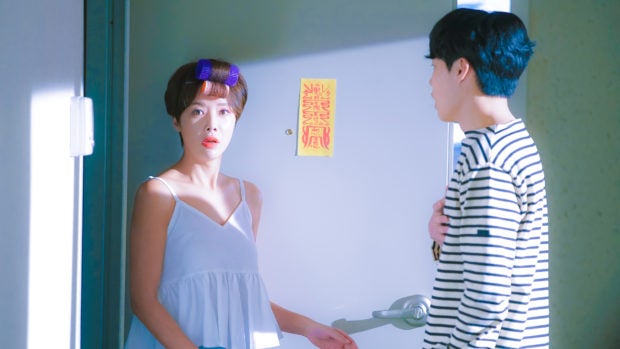 Ryu Jun-yeol is the lead character in this K-drama.  We repeat, Ryu friggin’ ah-mazin’ actor Jun-yeol is the lead for this drama.  That alone should be enough to press the play button on your Netflix. His leading lady is Hwang Jung-eum from “She was Pretty”.  They play the polar opposites of each other. She is superstitious while he is logical. Sounds an awful lot of fun. 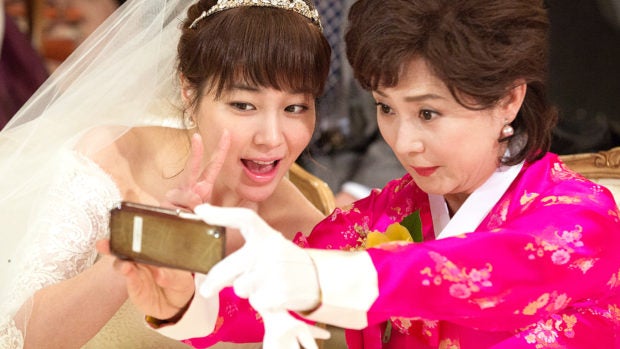 It starts with the two leads getting a divorce.  Lee Min-jung plays Ae-ra, the woman who decides to pull the plug on her marriage with Jung-woo played by Joo Sang-wook.  The drama begins with that. A tired woman who expected to be a housewife but became the breadwinner of the family while her husband went on one failed venture after the other.  The straw that broke the camel’s back was that she miscarried their baby. Four years after their divorce, he becomes a successful entrepreneur, she is still paying the debts they incurred.  She wants to take revenge on him, he thinks she wants to get back with him because he became successful. 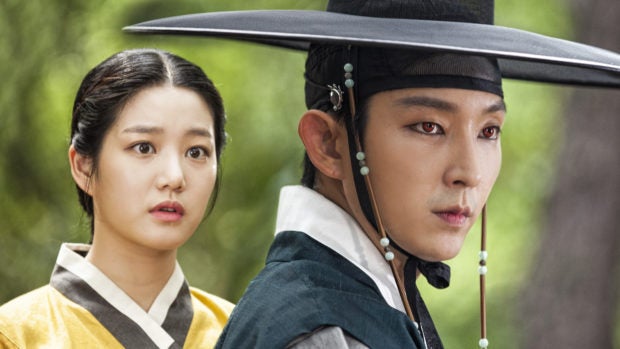 This K-drama is about a ghost named Arang  who forgot how she died. She “visits” the magistrates to ask for help but they die of fright. Lee Joon-gi’s character is the only one he didn’t. He agrees to help her and the adventure begins.  The drama stars Shin Min-a who you might remember from the drama, “My Girlfriend is a Gumiho”. Joon-gi is the second lead to the classic drama “My Girl”. 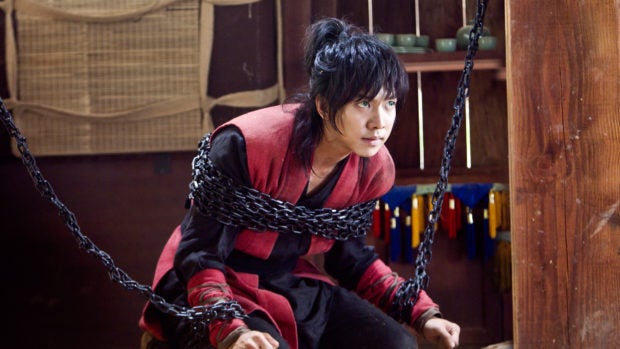 Or the K-drama that you also know as “Gu Family Book”.  Lee Seung-gi is half human and half gumiho in this fantasy drama he goes after the man behind the downfall of the family that adopted him.   Ironic when you remember that one of Seung-gi’s popular dramas include “My girlfriend is a gumiho.”  Helping him on this quest is Bae Suzy’s character. 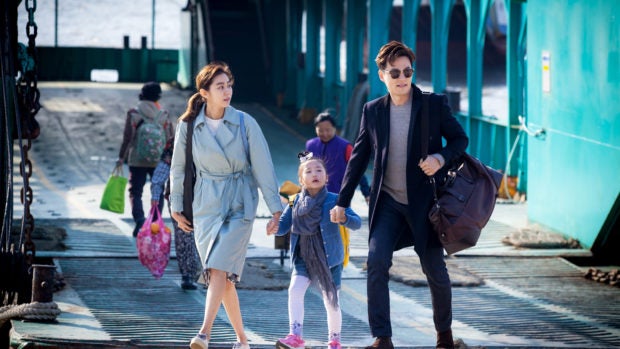 It’s a marriage of convenience.  She’s a dying single mother in need of funds to pay off debts provide for her daughter’s future.  He’s a wealthy chaebol who needs a wife and liver donor for his mom. They are perfect for each other.  This family drama has a lot of heart.

Jung Il-woo (“Cinderella and 4 knights”) was the rightful Joseon Crown Prince before he was banished from the court after his parents died. He lives frivolously to hide the fact that he is lonely. The crown prince also sees ghosts. He discovers that a group of watchmen who battles evil forces was active during the time of his father. That is how he decided to revive the group. 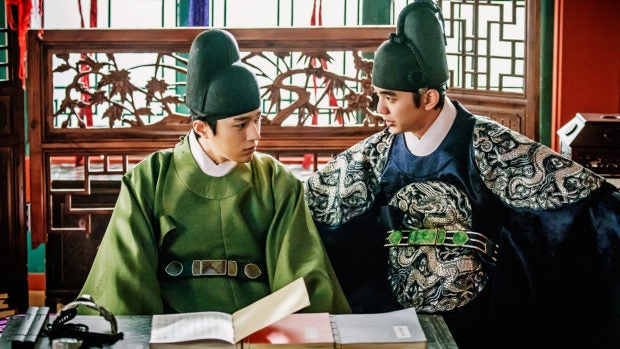 The crown prince of Joseon is forced to wear a mask.  He goes on a quest to find out why he must be wearing the mask.  Outside the palace, he finds out about the situation of his people.  He tries to make things better for them. Yoo Seung-ho (“I am not a robot”) is the Crown Prince while Kim So-hyun (“Radio Romance”) is his love interest. 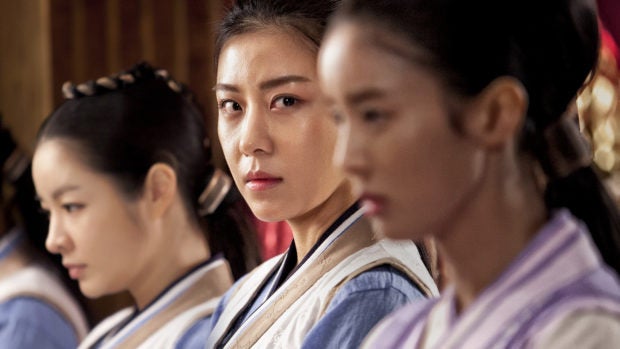 The K-drama is based on the historical figure of Empress Ki (Ha Ji-won).  The drama is about a woman from Goryeo (Korea’s ancient kingdom) who ascends into power after marrying the Mongol Emperor Toghan Temur.   The drama also features actor Ji Chang-wook whose appearance in the show help made him a popular locally. 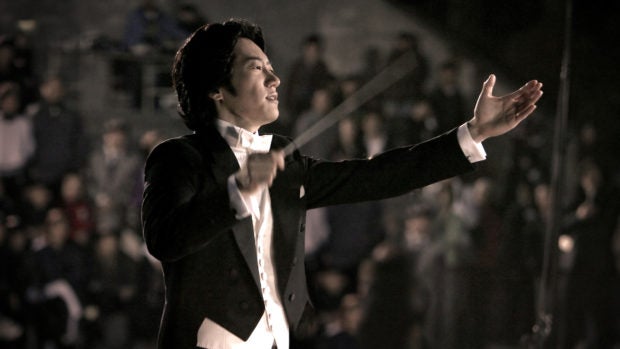 Violinist Du Ru-mi (Lee Ji-ah) tries to put a new orchestra together. This after the  conductor of the original orchestra she was a member of ran away with their funds. Members quit their job because they were not paid. Make sure you have good earphones when you watch this because there’s a lot of classical music featured in this K-drama.