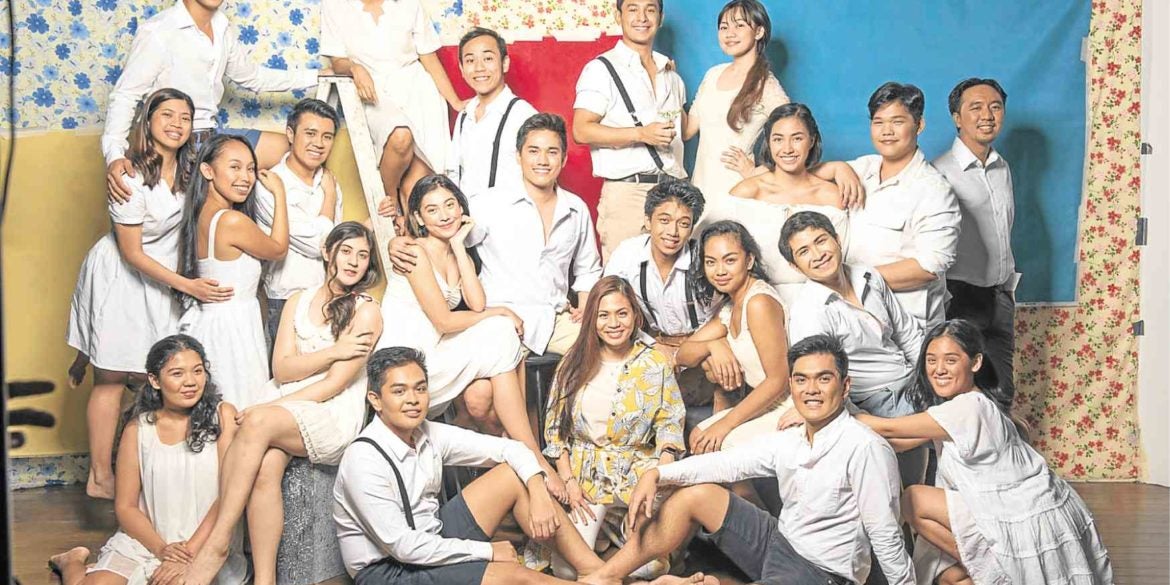 The cast of “Spring Awakening”

In Frank Wedekind’s original material and in the modern musical adaptation by Steven Sater and Duncan Sheik, “Spring Awakening” builds up into an explosive confrontation between adolescents on the brink of self-discovery and the repressive adults who want them to conform to society.

However, the Ateneo Blue Repertory’s production wants not a divide, but to build a bridge between these two seemingly opposing forces, to bring hope, reconciliation and healing.

Such reaching out just might be what today’s parents and kids need, says Blue Rep director Missy Maramara.

Wedekind’s turn-of-the-century story dealt with sexual awakening and the questioning of authority—eternal dilemmas that seem to plague every generation of young adults groping with self-identity and self-worth.

On top of that, however, 21st-century Filipino kids have to deal with depression, teen suicide incidence, pregnancy, abortion and alienation—despite or perhaps because of the overwhelming infiltration of social media into their lives.

“In the play, the adults are the bad guys, but I don’t think they [really] are,” Maramara explains. “Parents love their kids but sometimes it’s not apparent. They are also very protective because they’ve been through what their kids are going through. On the other hand, the kids just want to be heard, but that desire is not apparent as well.”

Mixed signals, misunderstandings and miscommunication can cause both sides to just fade away from each other’s lives, or constantly clash in a never-ending conflict.

At the center of all this are a young couple awakening to their sexual identity, drives and desires, with nobody around to guide them. In trying to resolve their issues, they push their little town’s boundaries and run smack into the leaders who have been guarding these for ages.

“There is a push and pull between the adults and the young ones,” says Maramara. “Our advocacy is that they should talk, even if it appears hard and dangerous.”

Maramara, a member of the Ateneo faculty and a professional actor herself, is in a position to bring the adult perspective into the play. So can Sandino Martin, another professional actor known for his roles in “Changing Partners” and “Himala: The Musical.”

Codirector and Blue Rep alumnus Darrell Uy and the ensemble who play the myriad characters can speak for the young.

Interestingly, the play has a message just for the tweeners and the collegiate crowd in mirroring their deep and dark dilemmas. Martin says: “Our message to our student audience is that they are not alone. We want to remind them that there are other people going through the same things they are, and that they can reach out. We want them to have hope, strength and courage, to just keep going.”

As the title says, a different kind of season will flourish in this embattled world—and it does not have to end. Spring, summer, winter and fall are cyclical, occurring over and over. If one does not win one’s battle this time around, there’s always next year. That tinge of hope goes for all the generations watching.