Influencer breaks down because does not want to work | Inquirer Lifestyle ❮ ❯ 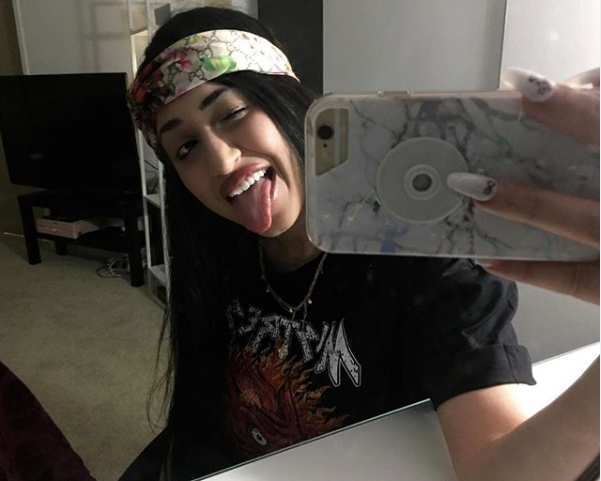 After Instagram gets deleted, influencer breaks down because she does not want a ‘normal job’

An Instagram influencer and former prostitute cried foul when she realized that she might have to get a “normal” job after her account, which had over 100,000 followers, recently got deleted.

“I wanna say to everyone reporting me, think twice because you are ruining my life,” she added.

The 21-year-old, who is also a rapper on music-streaming site SoundCloud, admitted that she made all her money online and refused to have a nine-to-five job. Taylor also disclosed that before she was an influencer, she was a prostitute.

“I do not want to go back to that life. From the bottom of my heart, it sucks,” she cried.

She said she also worked at a fast food chain and is now $20,000 (P1 million) in debt from college loans.

“I have no job qualifications; I could never work a normal job. I am worthless. I bring nothing to the table,” she admitted.

The SoundCloud rapper also mentioned that her family abandoned her, and she had been backstabbed by “everybody” she knows, except for three people.

While Taylor did not disclose the reason for her suspension, Youtube user InformOverload speculates that it could be due to a controversy she had gotten into, when a video of her alleged racist tirade surfaced online. She had reportedly called a woman of color a “hood rat” during a live stream of Youtuber and alleged sex offender Sam Pepper.

As of writing, Taylor has created a new Instagram account, which now has 7,600 followers. To follow up with her meltdown video, which now has almost 500,000 views, she has also been consistently uploading on her Youtube channel. Casey Eridio/NVG