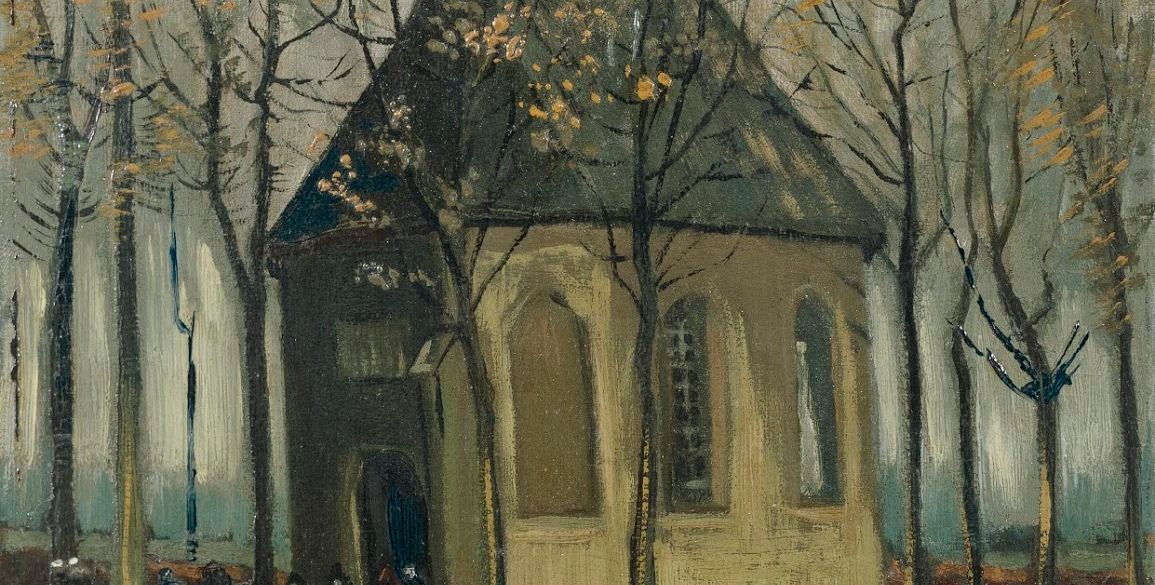 Stolen Van Goghs due back on display after 16 years

Two Vincent van Gogh masterpieces stolen 16 years ago from the Amsterdam museum dedicated to his works will go back on display this week after extensive restoration, curators said Tuesday.

The 1882 “View of the Sea at Scheveningen” and the 1884/5 “Congregation leaving the Reformed Church at Nuenen” will from Wednesday “be back where they belong”, Van Gogh Museum director Axel Rueger said.

“The restorers did fantastic work,” Rueger said in a statement.

The paintings were recovered by Italian investigators in late September 2016 when they raided a home belonging to infamous drug baron Raffaele Imperiale, at Castellammare di Stabia, some 34 kilometres (21 miles) southeast of Naples.

The area is a notorious hotspot for the activities of the Neapolitan mafia, the Camorra.

Both paintings — which have since been confirmed as authentic and are worth millions — were stolen in a daring raid in 2002 by thieves using a simple ladder and a length of rope.

The criminals broke into the museum in downtown Amsterdam on December 7 that year using the ladder to climb onto the roof, where they broke through a window and used a rope to get in and out of the heavily fortified building.

Despite an international search for the paintings, their whereabouts were unknown until being recovered in the Naples area.

“View of the Sea at Scheveningen” was damaged during the heist, with a “substantial bit of paint missing in the left-hand corner”, the Van Gogh museum said.

“Congregation leaving the Reformed Church at Nuenen” was barely damaged, but restorers had to remove an ageing and yellowing layer of varnish, probably applied by Van Gogh himself.

The two paintings also received new frames, the old ones having been lost during the robbery.