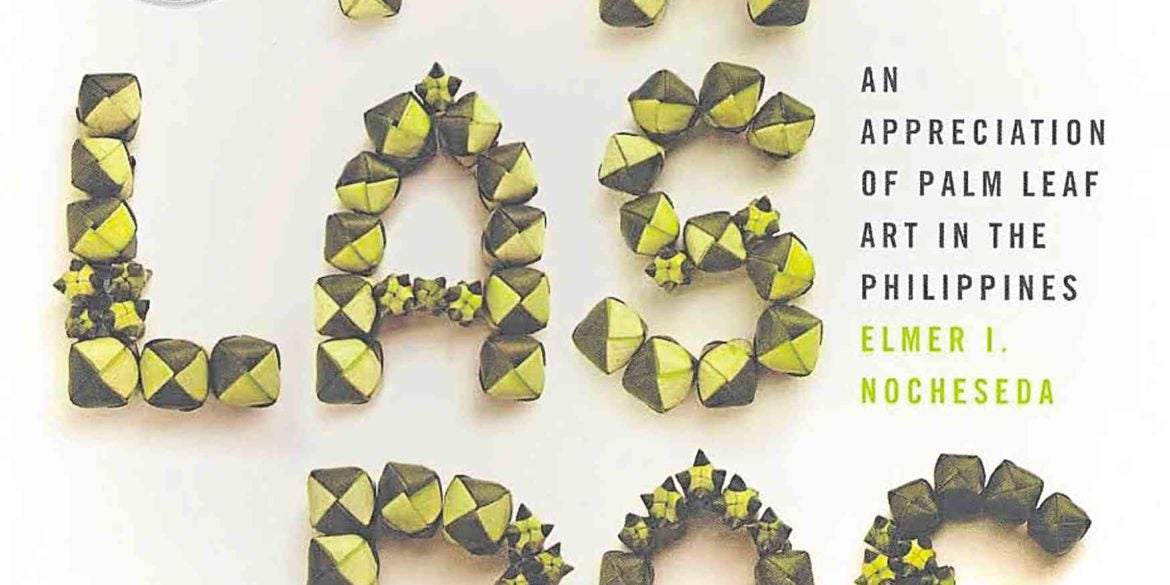 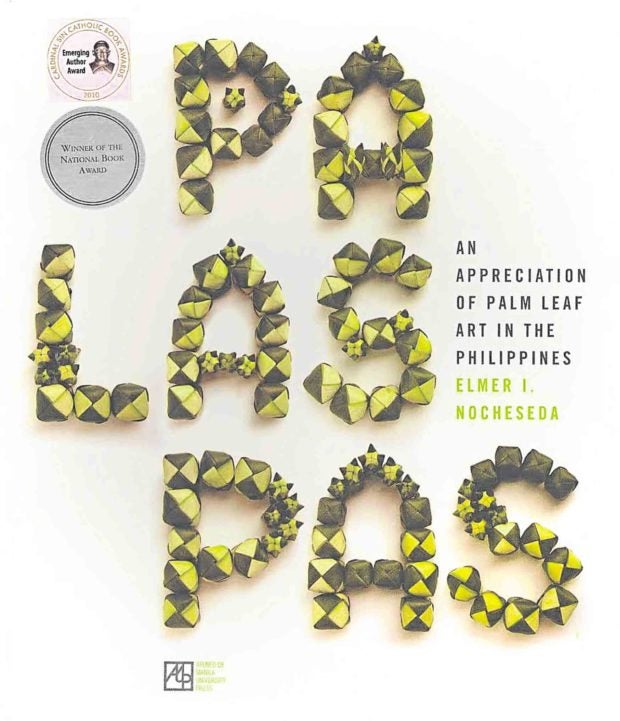 Last Palm Sunday, Catholics from all walks of life, who bought palaspas for the obligatory blessing during the Holy Week opening, witnessed just one of the many artistic applications of the Philippine palm.

Elmer I. Nocheseda, author of the book “An Appreciation of Palm Leaf Art in the Philippines” (Ateneo de Manila University Press, 2009), said his fascination for the palm leaf began when he was four years old, bored and cranky on a long bus ride. To entertain him, his father took a coconut palm and made a ball out of it. As a grownup, Nocheseda would explore palm-leaf art and the result is the book which took five years to finish.

In Bulacan, the palm art for decoration is called puni and those who practice it are called punikero. One of them is my Bulacan cooking source, Rheeza Hernandez, who demonstrated how to transform the palm leaf into a bola (ball), kidlat (lightning), isdang maliit (small fish), ibon (bird).

Nocheseda’s book chapters are divided by palm leaf techniques. One is about “Cuts, Knots and Folds”; another is “Bayong Corner Weave,” the simplest of which is used to make a ball. Meanwhile, “Radial Weave” is the basis for hat-weaving.

It amazed me that many of the art forms copy the shapes of animals and plants. Aside from fish and bird, there are shrimp (hipon), grasshopper (tipaklong), pineapple (pisang of the Yakan), snake (sinawa), corn (minais). The names sometimes include the private parts of animals.

The native art forms are still being done by many indigenous tribes. What a delight to see the baskets made with palm as containers for the fruits being sold at the Tawi-Tawi market. I planned to bring home those, but one seller wisely told me that by the time I get home to “the Philippines,” as she called the upper part of our country, the palm container would have turned brown, become brittle and will have to be thrown away.

Because palm art is not permanent, it is considered not collectible. Or so, we think.

Every year, my sister has a new collection of Palm Sunday palaspas. They’ve turned brown, brittle and not as attractive when they were fresh, but she’s more interested in the form. Palaspas styles depend on the regions where they come from.

The Quezon City Tourism Council held a project called “Palaspas,” which had a lecture and demo. The goal was for the residents to make palm weaving a grassroots livelihood program. And, more important, to continue the art form and preserve a part of our culture.